Pilsner Presents Some Sonic Firecrackers— It's the July Picks!

Some fireworks that are very old can still pack a wallop! So please stand back while I light the fuse on the July edition of Pilsner's Picks. Included this month is a rare, late electrcal recording by John Philip Sousa's marching band. "The March King" began recording on Edison cylinders back in the 1890's, and most of his records were made in the very low-fi acoustical format that was the industry standard until 1925. Then, the new electrical recording method was perfected, and it opened up a whole new world of sound; for the first time, listeners could hear the treble and the bass, not just the midrange frequencies! The era of "tinny" acoustical records was over at last.

This innovation came just in time to capture the famous "Sousa sound" in all its glory— the grand old man was getting near the end of his career, and his life (he died in 1932, only a year after Thomas Edison, who had first recorded him). He sometimes used assistant conductors to make his records for him, but I have a feeling that on this session, Sousa himself was conducting the band. There's a real feeling here of, "This is one for the ages, boys!," as they tear into one of their leader's most famous marches with all the stops out. You can hear how this "well-oiled machine" set a gold standard for military music performance that still exists today.

In its own, jazzy way, the Paul Whiteman orchestra of the same era was another well-oiled machine, as you'll also hear. Bix Beiderbecke is featured on this number, and I don't think that he needs any introduction to fans of early jazz. So, have a happy Fourth, everyone, and don't get too... uh, well-oiled. 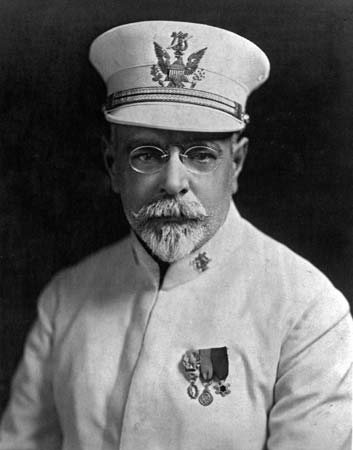