Queen of the Leica

I'd like to present a remarkable lady photographer of the Diesel Era. 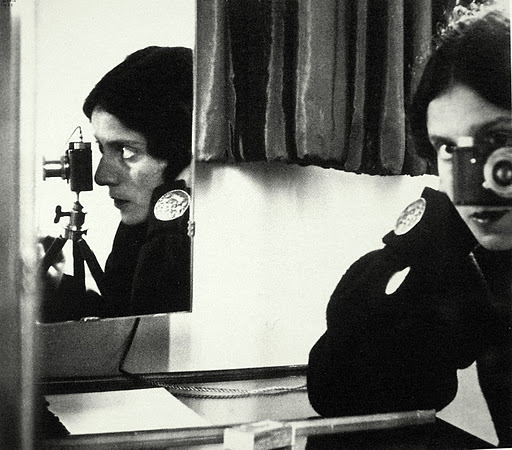 In Three Days of the Condor, a CIA agent played by Robert Redford says that photographic work of his new acquaintance (Faye Dunaway) epitomize desolation. When I look at Ilse Bing photographs, I remember this phrase. Some of her shots have an air of poetic desolation about them.

Ilse Bing (1899-1998)was a leader among those who made Paris the center of modern photography in the 1930s. Moving in a milieu that included the likes of Cartier-Bresson, Man Ray, and Brassaï, she came to be known as “Queen of the Leica” for her influential mastery of the hand-held camera that revolutionised the medium in the period. 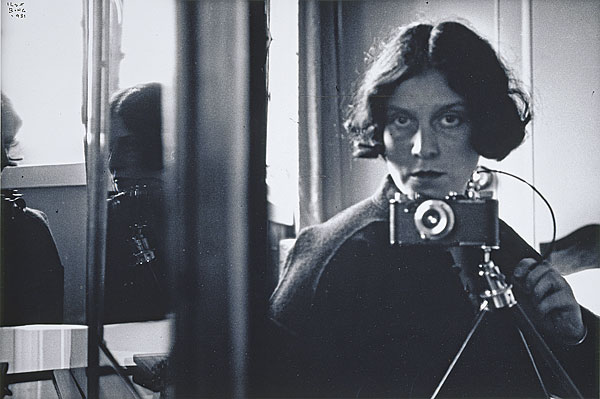 Born into a bourgeois Jewish family in Frankfurt, Ilse Bing seemed set for an academic career but abandoned it to devote herself to photography. Moving to Paris in 1930, Bing instantly loved the city. She participated in the avante-garde movement that affected all aspects of creative life: exhibitions, journals, performances. The leaders were largely self-taught émigré artists such as Man Ray, André Kertesz, Paver Tchelitchev, Germaine Krull, and Florence Henri. Tchelitchev commissioned Bing to photograph a ballet Errante, using only ambient light. The results were acclaimed. The Leitz Corporation was so impressed that they sent her new wide-angle and telephoto lenses for experimentation. She worked for the fashion designer Schiaparelli, Harper’s Bazaar, Vu, and various weekly newspapers. 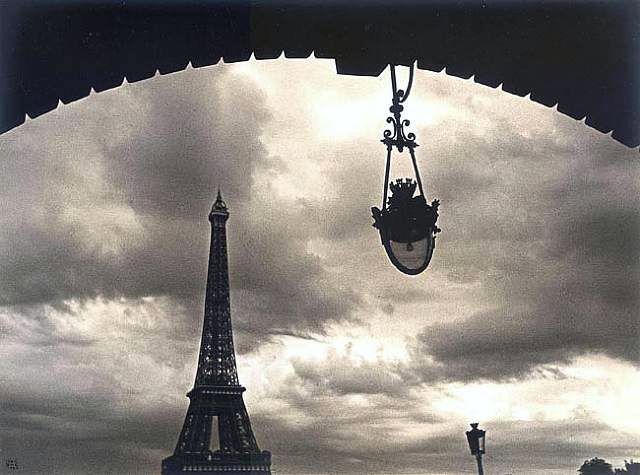 After Hitler’s rise to power in 1933, she refused to work for German magazines. She built a successful career doing architectural, advertising, theater, and portrait photography. Her art photography was shown in leading galleries and exhibitions. By 1932, her work was exhibited in New York at Julien Levy’s gallery. 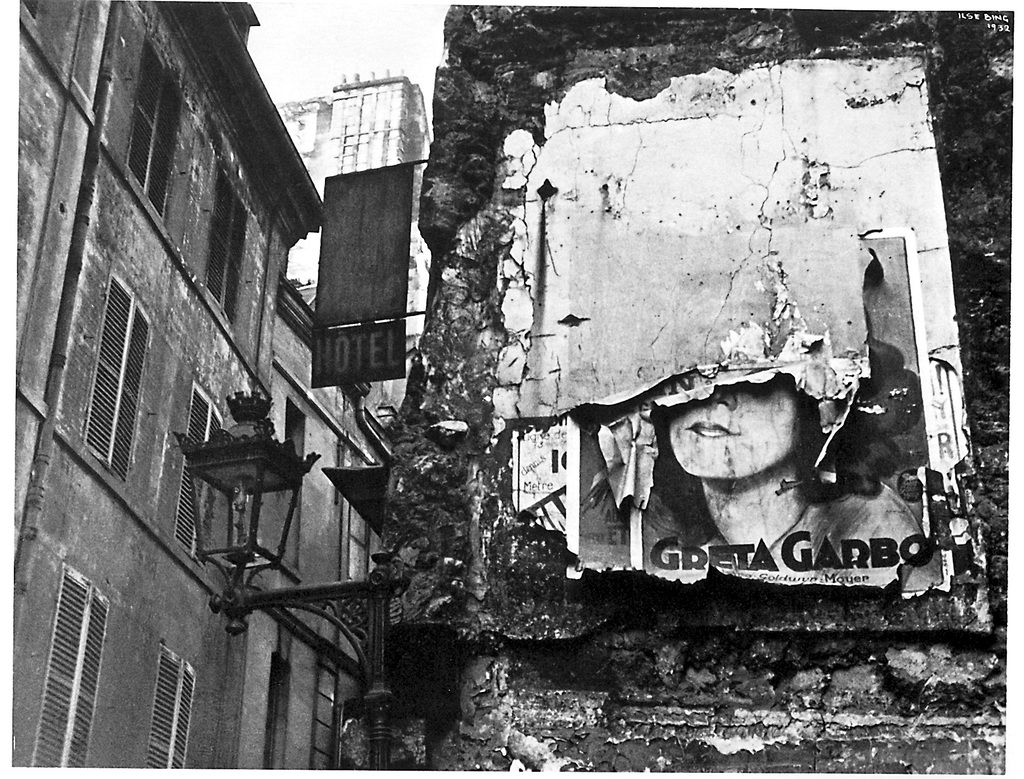 She won commercial success even while establishing herself at the forefront of the city’s avant-garde, and she forged a distinctive personal style by blending all the vital currents that were then shaping the medium. She adored the romanticism, symbolism and dream-imagery of Surrealism; she shared the technological enthusiasms and love of startling perspectives that intrigued advocates of ‘New Vision’ photography; and she accepted the creed of documentary photographers who were striving to produce truer and more incisive records of the world. 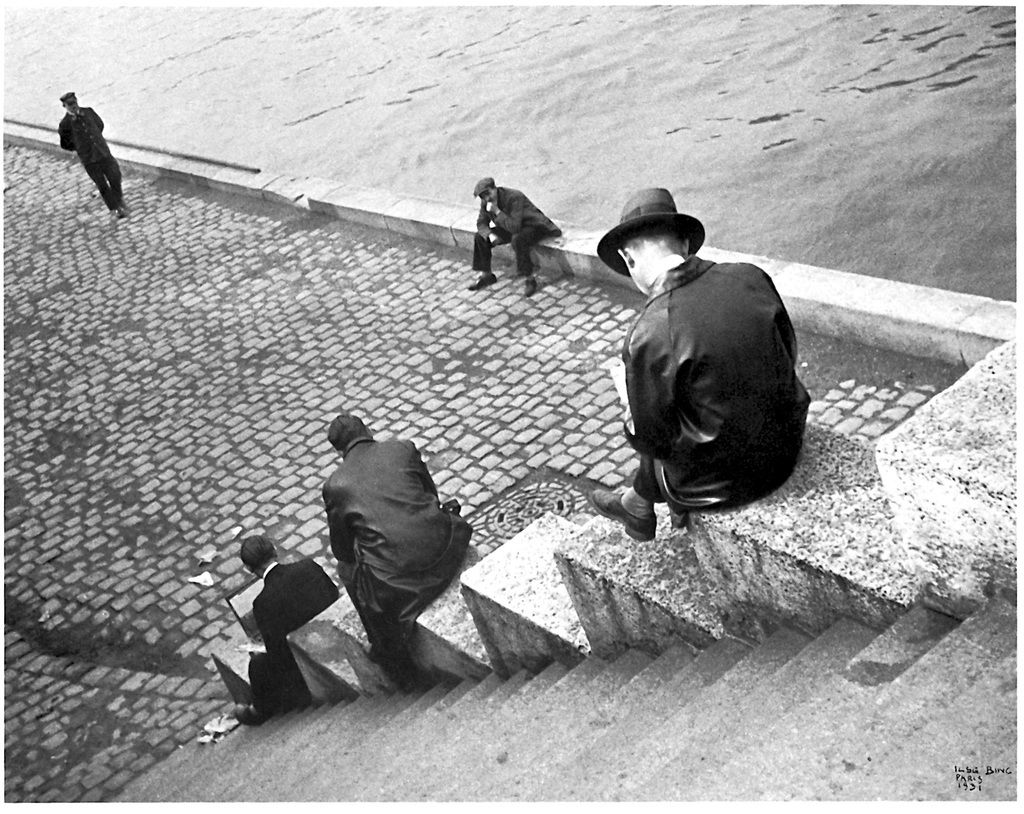 The outbreak of the Second World War changed everything. In 1940 Bing and Wolff were forced to leave Paris and, both Jews, were interned in separate camps in the South of France. Bing spent six weeks in a camp in Gurs, in the Pyrenees, before rejoining her husband in Marseille, which was under 'Vichy' control. The couple spent nine months there, awaiting visas for America. Eventually, with the support of the fashion editor of Harpers Bazaar, they were able to leave for America in June 1941. 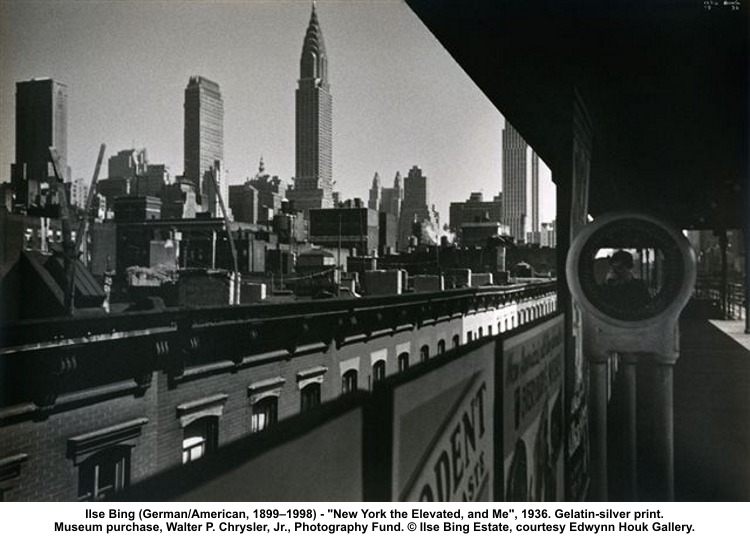 Although Bing had managed to take her negatives with her and keep them with her in the camp, she left all her prints behind in Paris in the safekeeping of a friend. This friend then sent them on to Marseille but Bing and her husband had left France before the photographs arrived. The prints remained in a shipping company's warehouse in Marseille, miraculously missing the many bombs that fell on the port, until the end of the War, when they were despatched to Bing in New York. Tragically though, when they arrived, Bing was unable to pay customs duty on all of them, and had to sift through the prints, deciding which to keep and which to throw away. Some of her most important vintage prints, including the only photographs Bing had taken in England, were lost at this time. 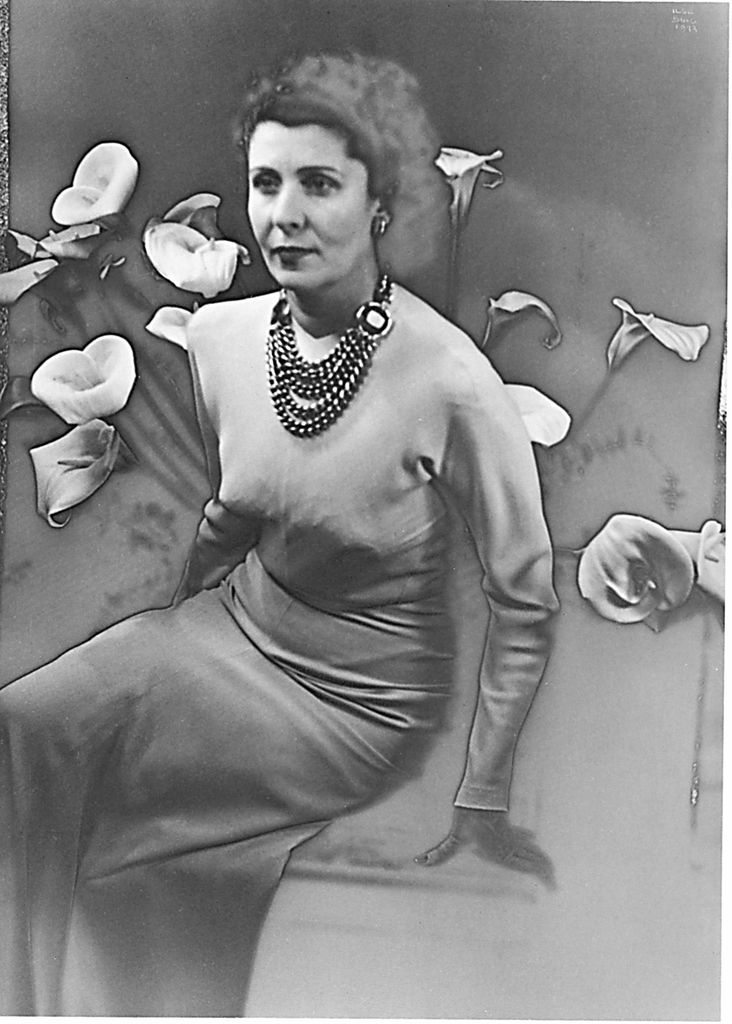 She continued to take portraits (making children a speciality) and exhibited her work throughout the late 1940s and early 1950s. From about 1950 she started to work with the larger format Rolleiflex camera, experimenting with greater tonal contrast and flash. In 1957 she took up colour photography. Equipped with such technical expertise - she was producing very fine prints at this period - she began to take on private students to provide an income. 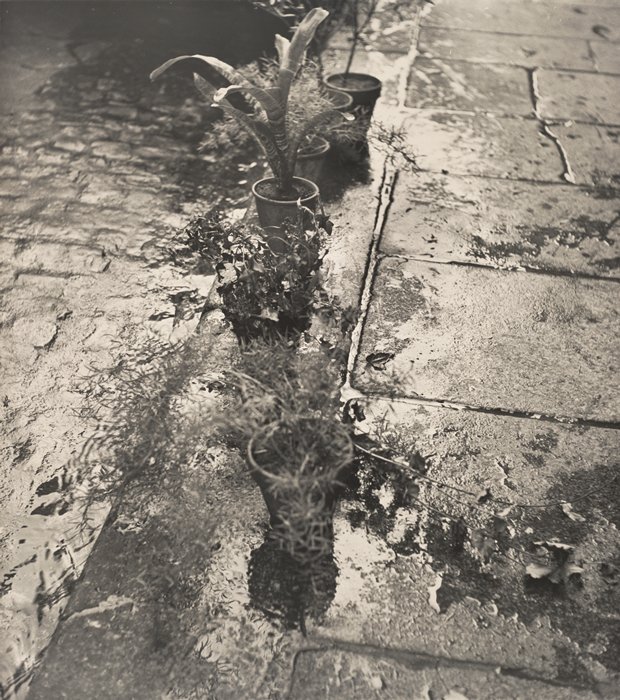 On her two visits to Paris after the War, in 1947 and 1952, Bing took many photographs of the city that she had loved so much in the 1930s. According to Bing, these later Paris photographs are infused with different spirit. Influenced by the War, Bing suggests that she saw things less in relation to a binding atmosphere or whole but on a more impersonal, isolated level. 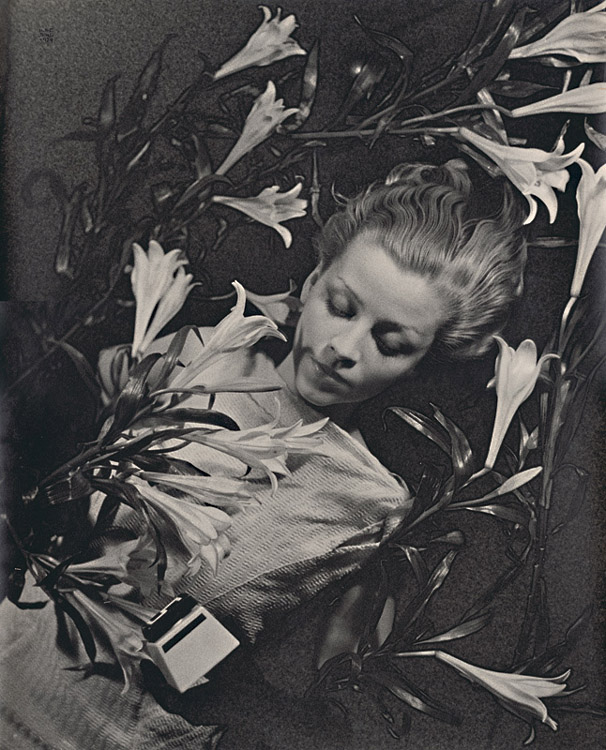 In the late 1950s, Bing eventually gave up photography, wanting to go beyond the figurative and work in a more generalised, abstract mode with poems and line drawings, and later, collage. Bing’s work was rediscovered after being included in a 1976 exhibition at the Museum of Modern Art and a subsequent exhibition at the Witkin Gallery. A retrospective exhibition of her work was organized by the New Orleans Museum of Art in 1985, followed by exhibitions at the International Center of Photography in New York, the Baltimore Museum, and Musée Carnavalet in Paris. In 1993, the National Arts Club awarded her their Gold Medal for photography. Bing died in Paris on March 10, 1998, just before her ninety-ninth birthday. 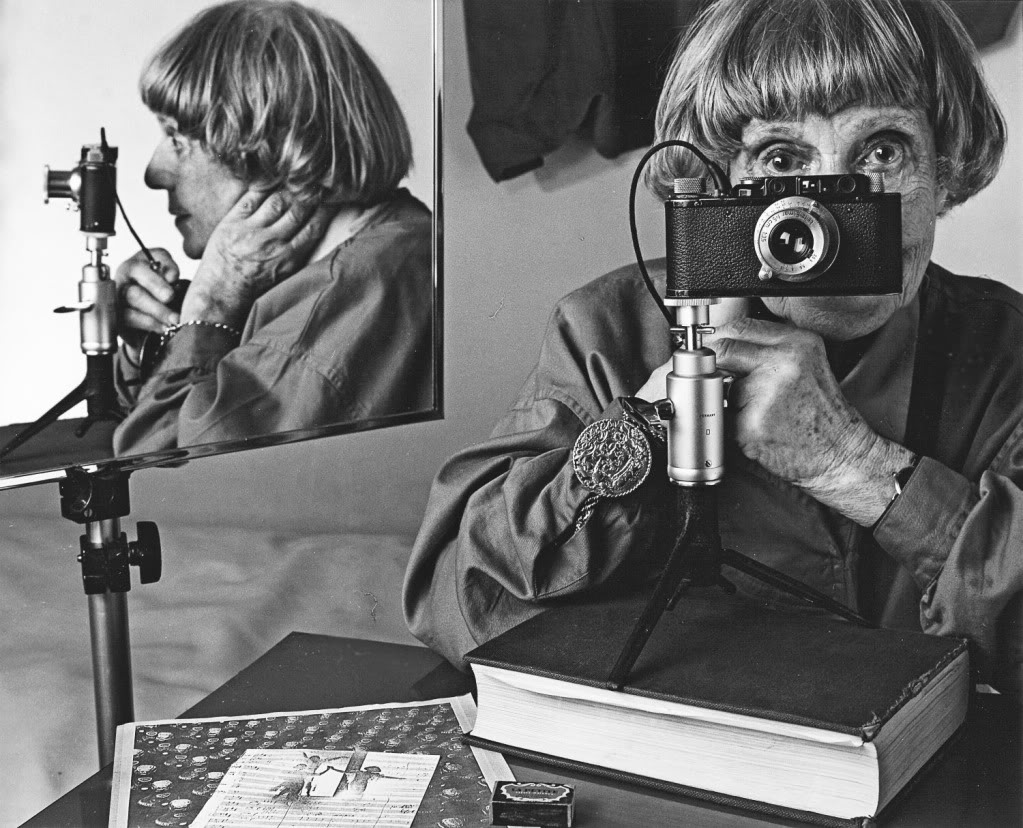 Her Self-Portrait with Leica (1931, headline photo) remains an icon of modernist photography, and an emblem of a time when many women were embracing modernity and independence, along with the new opportunities that technology afforded for artistic expression.

P.S.: I posted some more photographs to Ilse Bing album.

The camera, alone, had me drooling and then the photographs sent me reeling. Thank you so much for sharing the photos as well as her story.

The pleasure is all mine, Larry. I wish I had enough time to post more work of women photographers.

Amazing woman. Thanks for posting this.