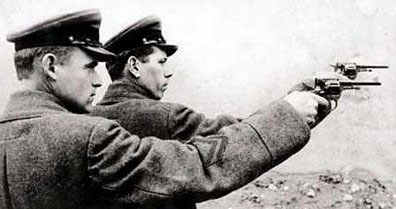 Revolvers, reliable and rugged. Essentially reaching their peak of development within the first 20 years of the first viable model, revolvers of the early 19th century through ones created of light-weight composites are pretty much identical. Except for one notable exception.

In the waning years of the 19th century Russia pistol designers saw the reliability of the revolver as a plus. Yet the basic operating factor that makes revolvers reliable was a weakness. The cylinder, holding the rounds, ratcheted clockwise, bringing a fresh round into line with the barrel with each trigger pull (for double-action pistols.)

However, the cylinder sits a fraction of an inch away from the breech. What this means is the bullet has to cross a gap before heading down the rifled barrel. This gap also means a good amount of propellant gas is dumped into the atmosphere, not forced directly behind the bullet and down the barrel.

Russian designers knew this was a problem and found a simple mechanical remedy.

The Nagant 1895 revolver pushed the cylinder against the breech. As the revolver is cocked, the seven round cylinder is moved via a pawl. The simple metal on metal ratchet like action then pressed the end of the cylinder and the seated bullet directly against the barrel.

This effectively sealed the cylinder and barrel. This mean the Russian 7.62mm rounds got a velocity boost from the otherwise wasted propellant gases. The ammunition used by the Nagant 1895 was also specially designed to improve the seal. Instead of bullet being partially seated in the case, with a portion exposed, Russian arms designers extended the case to create a shroud past the bullet to its nose.

Another unique aspect of the "gas sealed" Nagant revolver was that it could be surpressed. Revolvers cannot be suppressed by attaching a suppressor to the muzzle. Gases escaping from the essentially floating cylinder prohibit that. Unless you completely shroud the upper frame with a suppressor, quieting a traditional revolver is impossible.

Not the Nagant however.

Since the cylinder pushes against the breech as the round is fired, the seal is completed and creates a closed and supressable environment.

This revolver and its ability to be suppressed were described in Phillip Kerr's novel, " If the Dead Rise Not".

I highly recommend this author's work.

Nagant was very popular with Soviet tank crews because the holes of pistol embrasures were poorly adapted to fire a gun taken in servise (TT).

Here's a great site that sells them:

Cabelas has 7.62x38 Nagant pistol ammo and 7.62x54r mosin nangant ammo avalable for about $.50 cents a round.Not cheap but semi-affordable and avalable.

The Nagant revolver is avalable in the U.S.,with holster,lanyard and cleaning tools for under $100.00. Also,it's rifle brother,the Mosin Nagant 91/30,with sling,bayonet,cleaning rod and oiler pouch is also avalable for around $100.00. see pictures. 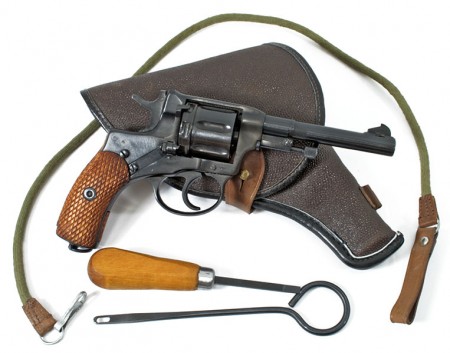 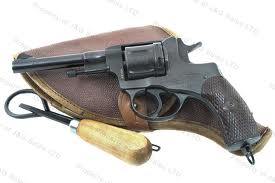 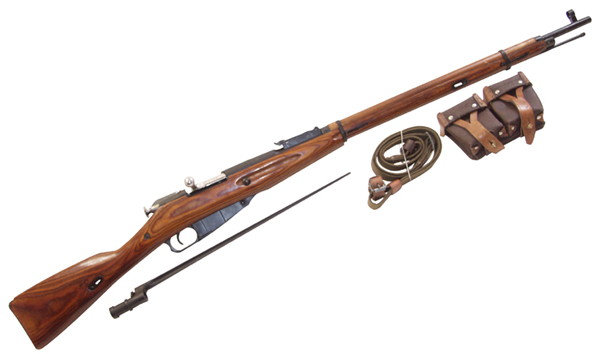 Comment by Deven Science on December 29, 2011 at 2:41am
Do they still make replicas of these, by any chance?