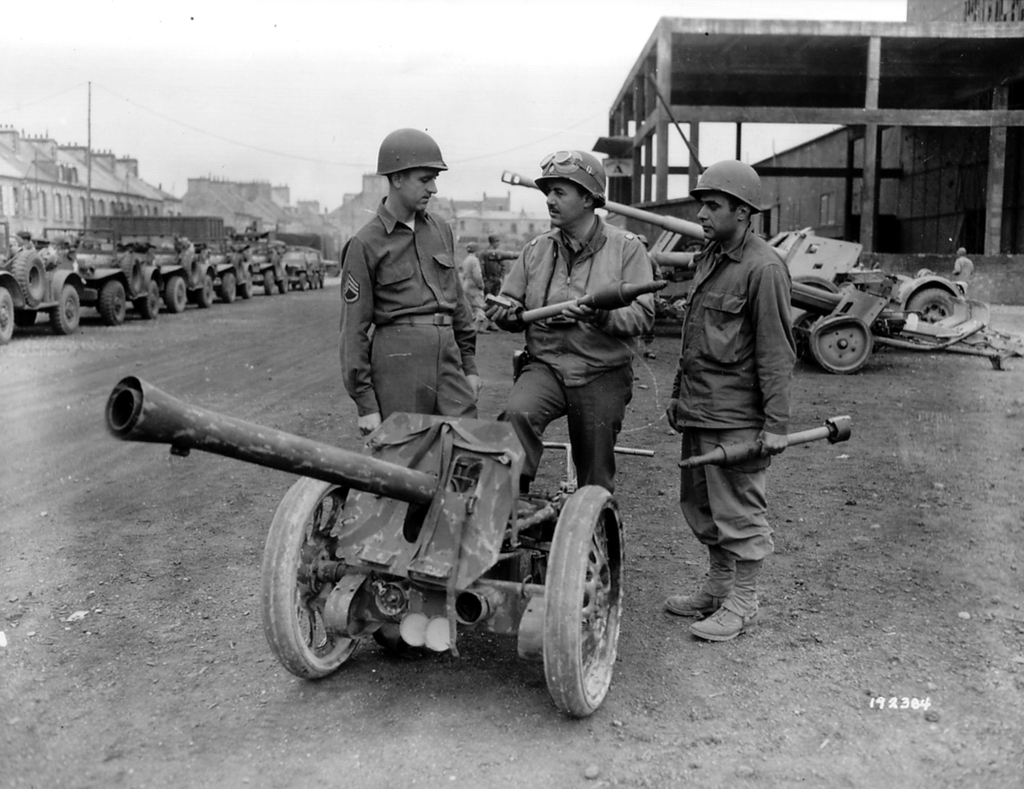 German anti-tank rocket technology took various forms during World War II. Efforts went from the expendable Panzerfaust to the larger more traditional bazooka-type Raketenpanzerbusche. The Ofenrorhr, the latter weapon's nickname due to its stovepipe-like look, launched an 88mm rocket that was put into another weapon system, the Puppchen.

What is particularly interesting is the 88mm rocket was turned into a mobile, man-packed weapon after starting out life as something more crew served and emplaced.

The Puppchen, or dolly, was fielded into 1943 as a small artillery piece. The 88mm rocket had a range of 700 yard but in its anti-tank role the 88mm rocket was accurate out to roughly 200 yards. Beyond that range the 88mm from the Puppchen has greater shot dispersion.

Problems with the system were many. It was heavy, required multiple soldiers to serve it and the three-rocket crates weighed in at 24 pounds, slowing replenishment. The simple carriage assembly also meant it couldn't be towed by most German wheeled or tracked vehicles. All these factors in turn effected its employment.

Photographic examples of the Puppchen in the field show it concealed in an urban environment, hidden in hedgerows or placed on fighting position surrounded by a circular operator sump.

It's upside was its simplicity, including a simple explanation of firing procedure illustrated on the weapon, and lack of recoil. The weight of the carriage meant the rocket exhaust was completely absorbed by the heft of the 220 pound assembly. To lower its profile in the field, the wheels could be removed. And in snowy environs skis could replace the wheels on the Puppchen.

The turning point of the Puppchen was the German discovery of the United States bazooka rocket in North Africa. Realizing that 19th century artillery transportation mated to rocket technology was outdated, engineers stripped the Puppchen away and turned it into the mobile Ofenrohr.