The Ki-15 was developed in response to a specification issued in 1935 that called for an aircraft with a top speed of 280mph at 9,845ft, an operating altitude of 6,560-13,125ft and the ability to spent one hour operated over targets that were 250 miles from its base.

Mitsubishi responded with a low-wing monoplane with a cantilevered wing. The wing had a flat central section while the outer panels sloped upwards. The aircraft had a fixed undercarriage with the wheels contained within streamlined spats. The prototype and first production version were powered by the Nakajima Ha-8 nine-cylinder radial engine. This engine had quite a wide diameter, and needed a large cowling, and would be the main flaw in the Ki-15-I, badly reducing forward visibility.

The prototype Ki-15 made its maiden flight in May 1936. Its performance greatly exceeded expectations, most notably in its endurance. With a range of 1,491 miles at its cruising speed of 199mph the Ki-15 could spend six and a half hours loitering over a target 250 miles from its base. Despite the poor forward visibility, and unexpectedly long take-offand landing distances, the Ki-15 was ordered into production. The Ki-15 first came to the attention of the outside world in 1937 the Asahi Shimbun, a leading newspaper, was granted permission to buy a civil version of the aircraft, and to use it to try and set a record time for a flight between Japan and Britain, timed to mark the coronation of George VI. The second prototype, with the type name Karigane I (Wild Goose I) was completed in March 1937, and delivered to the newspaper, which named it Kamikaze (Divine Wind), (a name that had not yet gained its association with suicide attacks).

This aircraft flew from Tachikawa to London in 94 hours, 17 minutes and 46 seconds, covering the 9,542 miles in just over 51 hours in the air at an average speed of 101.2mph. It was the first official (FAI-registered) aviation record set by the Japanese pilots.

A series of New Year Greetings cards was printed in 1937 to commemorate the Tokyo - London flight (source: The Pink Tentacle). 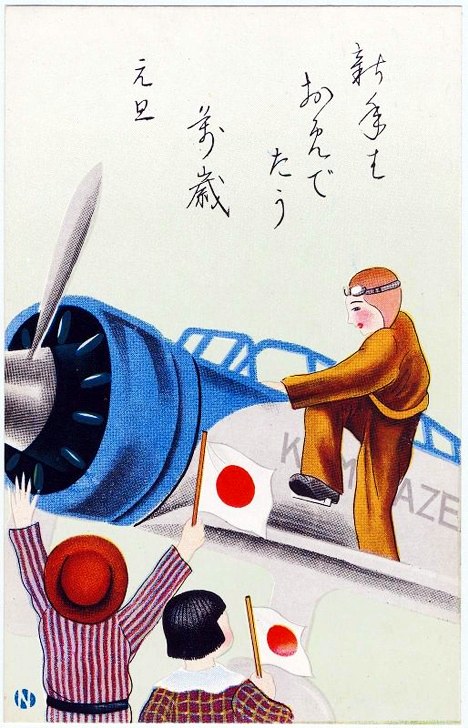 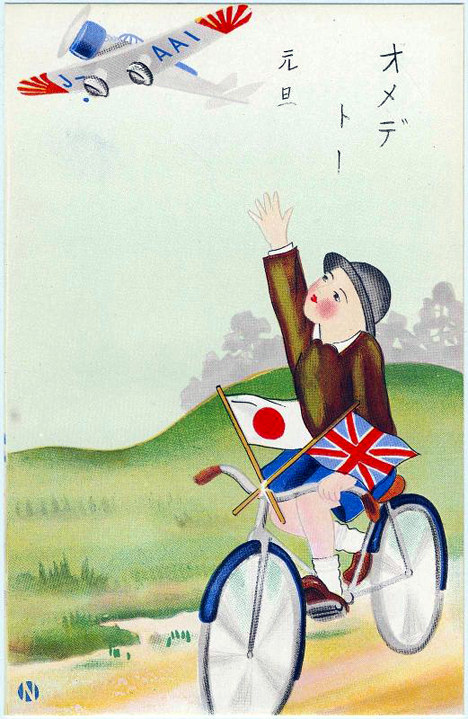 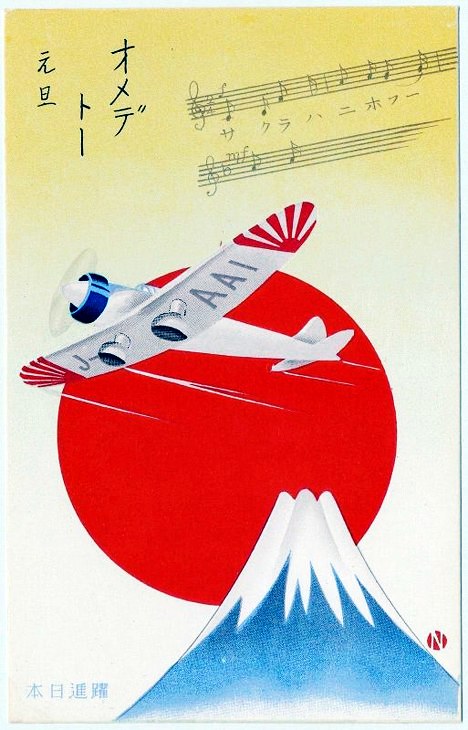 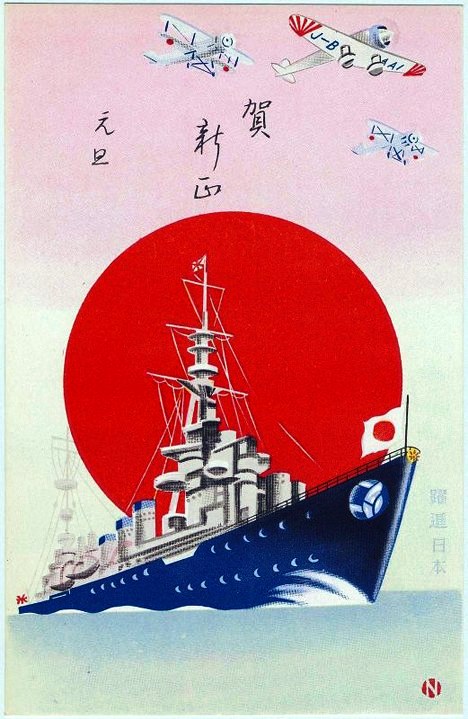 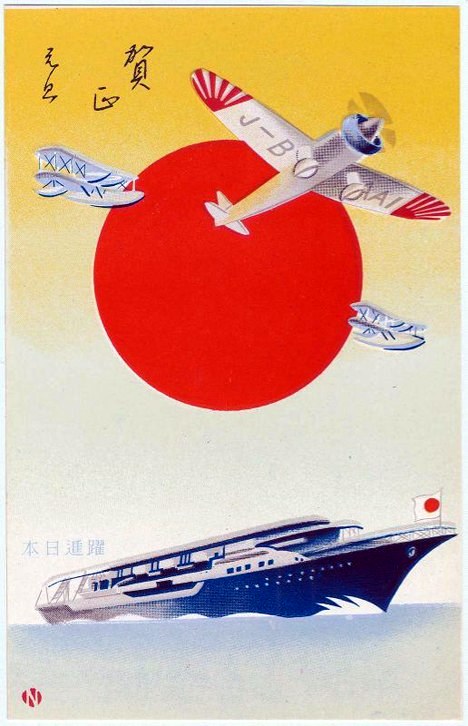 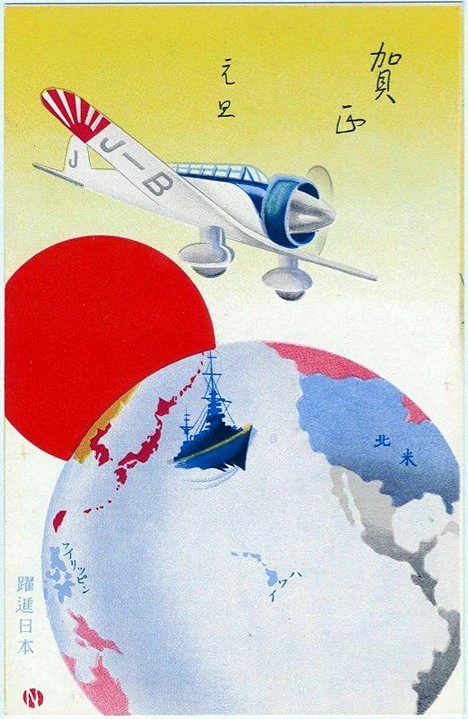 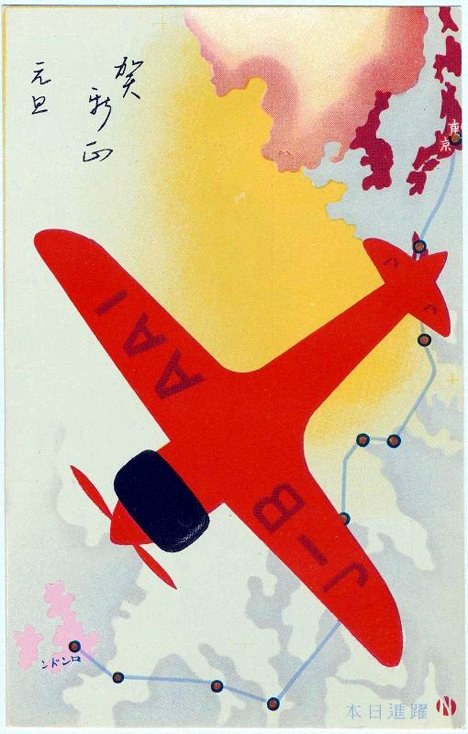 After this success a small number of Ki-15-Is and Ki-15-IIs entered civil service. A photo from a vintage publication showing the Asahi Shimbun "Amakaze" (Heavenly Wind) before receiving the civilian designation J-BAAO. Asahi received Amakaze in 1939 on loan from the Navy after Asakaze, another Babs from their fleet, was "conscripted". The inscription under the fuselage reads "Asahi Dai 121go" (Asahi No. 121), the number within the newspaper fleet.

The first production aircraft was delivered in May 1937, and were given the designation Army Type 97 Command Reconnaissance Plane.

Work on the Ki-15-II began in 1938, and saw the Nakajima engine of the Ki-15-I replaced by a more powerful Mitsubishi Ha-24 fourteen-cylinder radial engine. This had a smaller diameter than the earlier engine, and allowed the installation of a smaller cowling, flush with the forward fuselage. This greatly improved forward visibility. The new engine also increased the speed, climb rate and service ceiling of the Ki-15. The prototype Ki-15-II made its maiden flight in June 1938, but the type wasn't placed into production until September 1939, as the Army Type 97 Command Reconnaissance Plane Model 2. The Ki-15-III was the final version of the aircraft to be developed, and was also the fastest. It was designed in 1939, and was powered by the much more powerful Mitsubishi Ha-102 radial engine. This gave it a top speed of 329mph. This was similar to the speed of the new Mitsubishi Ki-46, but the new aircraft was expected to out-perform the Ki-15-III in every other way, and so work on the Ki-15-III came to an end.

The Ki-15-I was the main Army reconnaissance aircraft at the start of the Second Sino-Japanese War in 1937. The Chinese air force was operating a mixed bag of older aircraft, most of which could not hope to catch the speedy Ki-15 (the only exception was the Soviet Polikarpov I-16). As a result the Japanese aircraft were able to range freely over Chinese territory, given their armies a great advantage. This success attracted the attention of the Japanese Navy, which ordered the type into production as the C5M. The Ki-15-II was still in front line service when Japan entered the Second World War. It was used against the Allies during the first year of the fighting, but its lack of protective armour and self-sealing fuel tanks meant that it became very vulnerable as the Allies built up their aerial strength. At the end of 1942 the Ki-15 was withdrawn from front line service, and was instead used as an advanced trainer and communications aircraft. Towards the end of the war surviving aircraft were used in kamikaze attacks.

Watch it in flight:

OUTSTANDING! Sorry about the shout, but I am moved.