As today officially starts Halloween season in the US, I think Saturday Matinee will follow in kind.

To kick things off for October, we will be showing the godfather of silver-screen vampires, none other than Nosferatu himself.

Nosferatu was the first and only production of Prana Film, founded in 1921 by Enrico Dieckmann and Albin Grau. Grau had the idea to shoot a vampire film; the inspiration arose from Grau's war experience: in the winter of 1916, a Serbian farmer told him that his father was a vampire and one of the undead.

Diekmann and Grau gave Henrik Galeen the task to write a screenplay inspired from Bram Stoker's 1897 novel Dracula, despite Prana Film not having obtained the film rights.  Without the rights to Stoker's source material, the story of Nosferatu, eine Symphonie des Grauens took pains to distance itself just enough from the original to bring a classic vampire to the big screen.  For example, the main character is "Count Orlok," not Dracula, the poor real estate salesman is Hutter, not "Harker," and many of the secondary characters like Van Helsing and Quincey are missing.

Despite these thin changes, the company declared bankruptcy after Bram Stoker's estate sued for copyright infringement and won. The court ordered all existing prints of Nosferatu burned, but one copy survived and was spread underground until it reemerged in the late 1970s.

Why we chose this movie

Not only is Nosferatu one of the very first horror movies ever made (following Cabinet of Caligari by a year), but it also holds up in today's world of big-budget CGI monsters.  It was shot on-location in Eastern Europe and Transylvania, giving its set-pieces an authenticity not usually seen today, and it was one of a handful of "German Expressionist" films, which were very influential to art during the diesel era.

We hope you enjoy this film, but don't get too scared.  We'll be back next week with more tales of horror in our next Saturday Matinee. 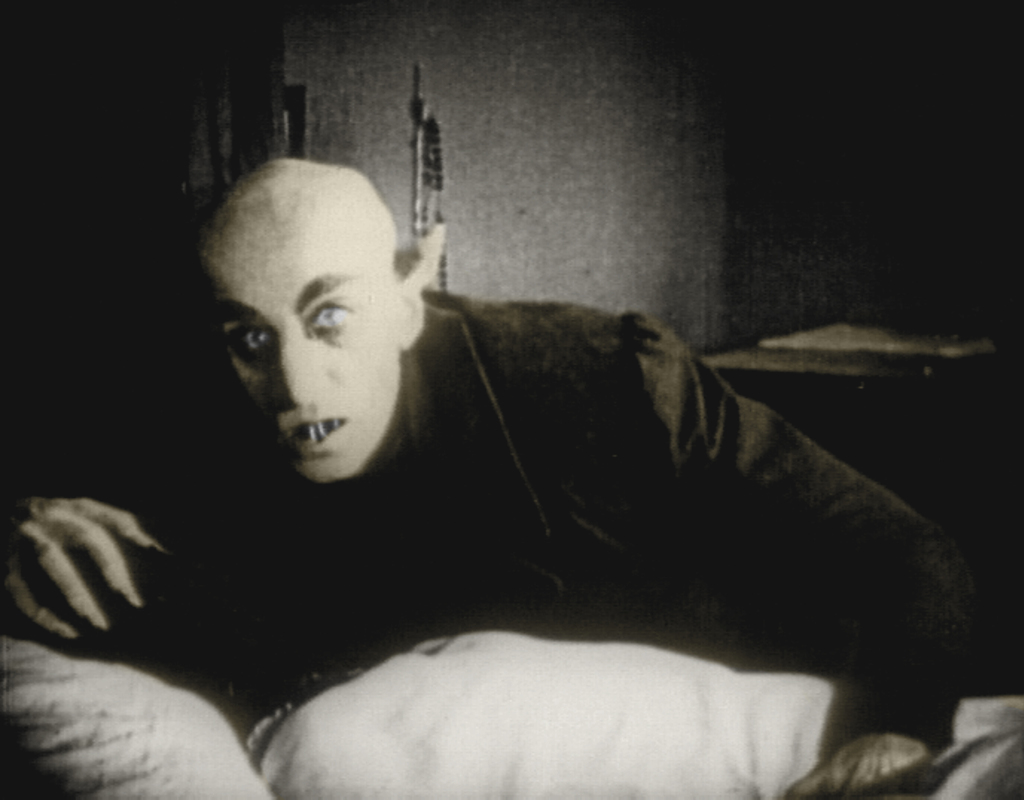 I found the score from the movi on youtube here