Today, in honor of New Year's Eve, we're playing a debaucherous yet creepy silent film from the 1920s entitled Seven Footprints To Satan.

What you need to know about Seven Footprints To Satan

A fearless adventurer (Creighton Hale) and his fiance (Thelma Todd) find themselves imprisoned in a house of mystery after panic breaks out at a society party. As the night goes on, they realize they've become pawns in a Satanic game of cat and mouse with the mansion's true owners.

What the critics think about Seven Footprints To Satan 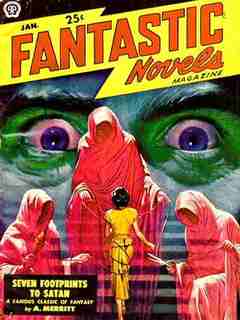 With subtle tracking shots and a masterly use of shadows, the director was already a horror veteran. Benjamin Christensen made the extraordinary Haxan (1922) in his native Denmark, an unsettling and unique history of witchcraft and demonology, visualising devils and their worship. The otherworldly special effects must have caught Hollywood's eye, though I was surprised that he could adapt to the mainstream after creating such an experimental vision. He also worked on the epic adaption of Jules Verne's Mysterious Island (1929) which, like this film, was hurriedly adapted into a version with sound, when silent movies suddenly had to compete with the synched dialogue of The Jazz Singer.

Seven Footprints to Satan has the fast pace of a slapstick two-reeler sustained for feature-length, though it's not intended as comedy. With all the sliding bookcases and hidden panels, it plays like an early Scooby Doo cartoon. I'd love to see it restored, as it should take its place alongside the classic creepy movies of the period. It's as much fun as the highly-acclaimed The Cat and the Canary, and more eventful than The Bat Whispers and Lon Chaney's The Monster. The plot twists are still rewarding at a pulp fiction level, though it's not very faithful to the source novel by Abraham Merritt, whose story Burn Witch, Burn was later adapted for Tod Browning's The Devil Doll (1936).

Christensen's earlier Haxan has been remastered by Criterion but Seven Footprints to Satan seems to be floundering in the grey area of public domain. I've only ever seen this same wobbly, over-exposed print and hopefully, Seven Footprints to Satancan be given the Criterion treatment as it is the only surviving film from Christensen's Hollywood horrors. 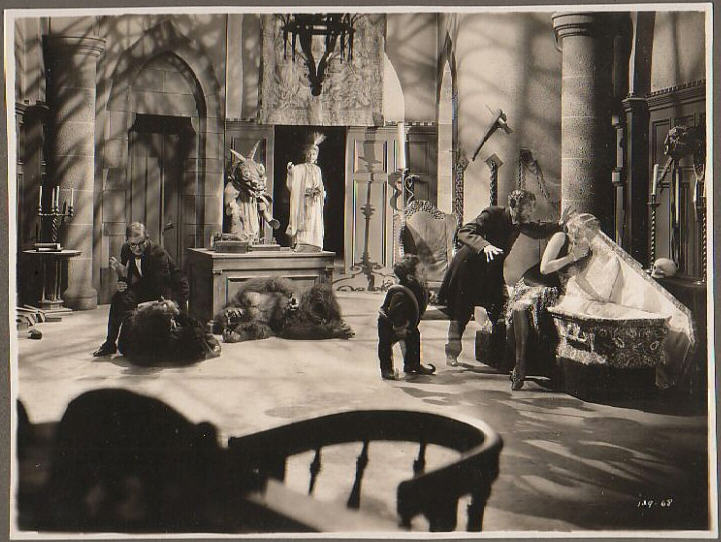 We hope to see you next time on Saturday Matinee. Until then, happy new year!