This week, we're showcasing the 1932 action serial The Hurricane Express.

The Hurricane Express is a 12-chapter Mascot Pictures film serial that stars John Wayne as airplane pilot Larry Baker, who goes after a mystery villain named "The Wrecker," the man responsible for a train crash that killed his father.  We will be showing a condensed version of the serial that is edited together as one solid film with all the best scenes left intact.

"The Hurricane Express" was one of three serials that John Wayne made for Nat Levine and Mascot Pictures after leaving Columbia Pictures following a run-in with mogul Harry Cohn over the affections of a young starlet.

The Mascot serials were always fast paced and full of action and this one is no exception. The story revolves around a mysterious character named "The Wrecker" who is bent on destroying the L & R Railroad. He causes the wreck of the Hurricane Express in which engineer Jim Baker (J. Farrell MacDonald) is killed. His son Larry (Wayne), an airline pilot vows to avenge his father's death. And that's basically it.

Wayne goes through the rest of the serial trying to identify "The Wrecker" and bring him to justice. Is the villain Edwards (Tully Marshall), the General Manager of the railroad; Stevens (Conway Tearle) the railroad attorney; Walter Grey (Lloyd Whitlock) the head of the airline; Stratton (Edmund Breese) an escaped convict who claims to have been set up by the railroad; Jordan (Matthew Betz) an engineer who was fired and has vowed revenge or is it Carlson (Alan Bridge) a station agent?

Aiding Baker is the lovely Gloria Martin (Shirley Grey) who turns out to be Stratton's daughter. Appearing as "The Wrecker's" henchmen are Ernie Adams, Charlie King, Glenn Strange and Al Ferguson. Complicating matters is the fact that "The Wrecker" can impersonate anybody by donning a life like mask of that person. Never mind that he can also apparently assume their physical characteristics and clothing as well.

John Wayne was quite young and very athletic at the time this serial was made and can be seen clearly performing many of his own stunts. The winsome Grey was also at Columbia at the same time as Wayne and even appeared in a picture or two with him. I wonder..hmmmm.

These old serials also provide a snapshot of the times. I particularly enjoyed seeing the old cars, trains and planes. A bit dated but a nevertheless enjoyable piece of nostalgia. 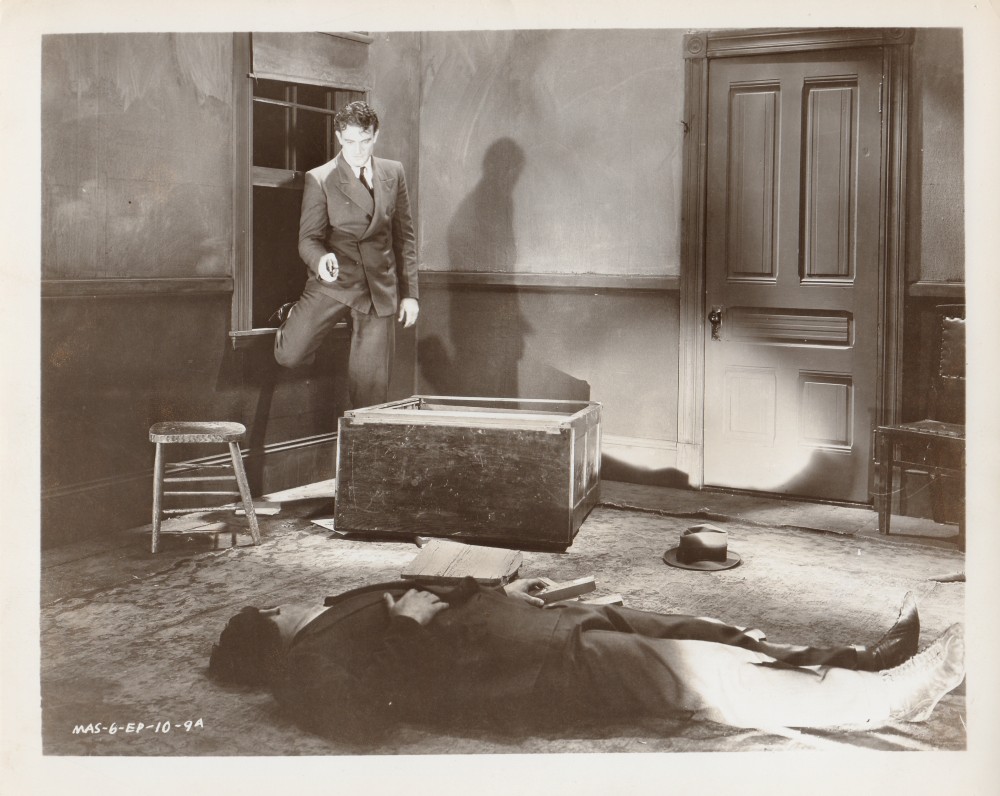