Sonora began as the Sonora Chime Company back in the early 1900s, they made chimes for clocks. Later it became the Sonora Phonograph Company in 1913, guess what they made... In 1924 they started making radios, and limped along doing so for the next 33 years until 1957 when they fell into bankruptcy and went out of business.

I was lucky enough to find a pretty rare radio produced by Sonora, the 1940 WAU-243 "Big Dial". An unusual but really cool looking table top radio chock full of deco goodness.When I first saw this I thought it looked like something out of Bioshock. The top dial is really big, made of translucent plastic. There are also four programable buttons on the side. When the radio is switched on the top dial is illuminated by a small bulb inside the housing which you can barely make out in the photo below. 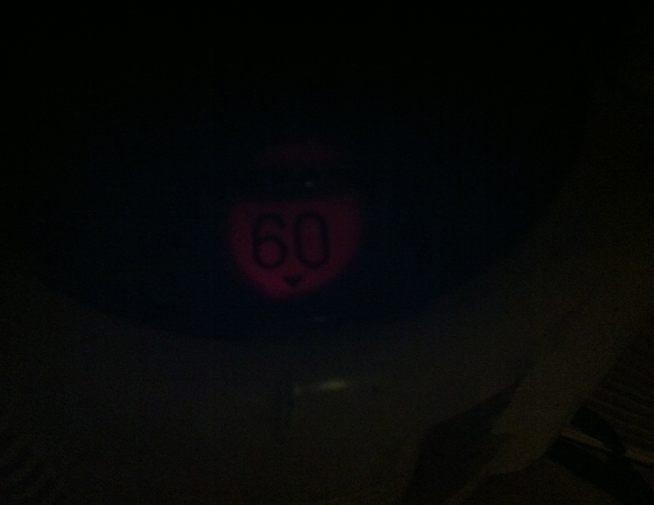 I'm almost certain it's is 100% original. Check out the cord. I was a little bit leery of plugging it in, afraid I might burn my house down. 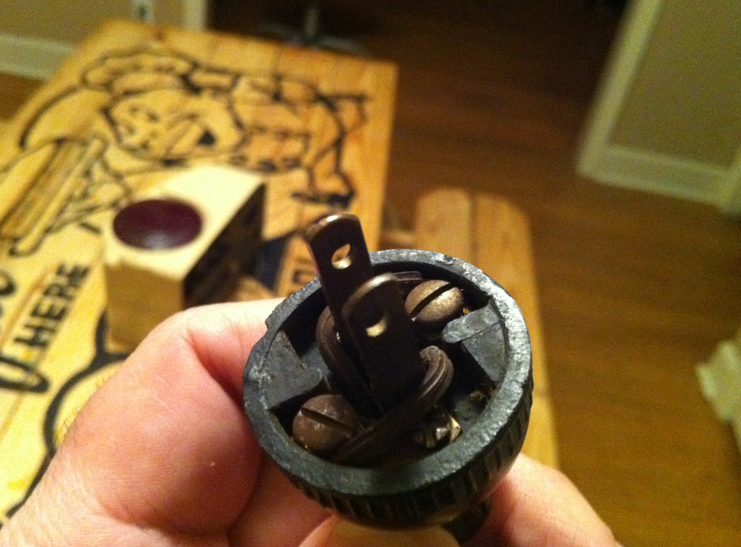 If you want to see more check out my gallery here.

If you want to find out more about the Sonora Phonograph and Sonora radio company check out the links below.

Looks great.  Would love to get one to convert into a mp3 docking station. 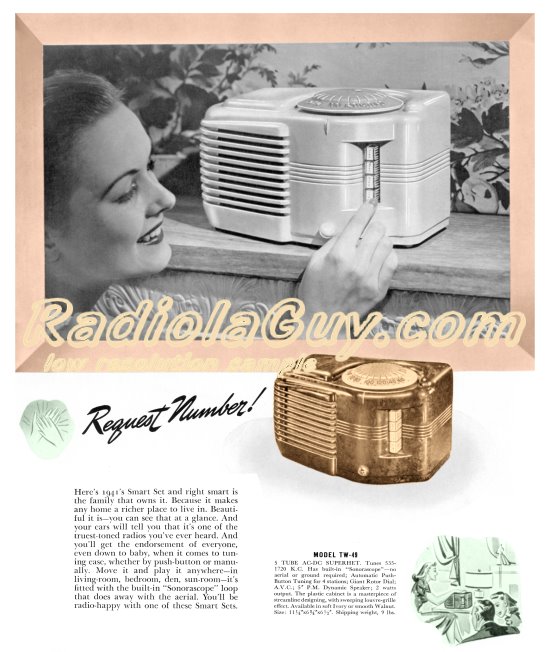 In the 1930's and maybe into the 40's, there was a large "Sonora" neon sign at the north end of Times Square; you can see it in some old movies. Apparently the company did well enough (at least for a while) to be able to afford this very expensive piece of advertising.