Studying the life of Hellé Nice, the Bugatti Queen, is like reading a novel. A quite unrealistic novel that is. Such are the twists and turns, the steep rise and deep fall, that hardly any writer could dream it up.

Hellé Nice was born as Helene Delangle near Chartres as daughter of a postmaster, moved to Paris as teenager, posed for naughty photographs sold to tourists, and soon became one of the most popular and best known dancing acts in Paris in the mid 1920s. Delangle loved the spotlight. And the company of – many - men. "The list of lovers, aristocrat and otherwise, who became involved with Hellé Nice during the 1930's is almost as long as the list of races in which she took part," her biographer Miranda Seymour observes. "Fortunately for us," she adds, "she had the helpful habit of marking their names with an X in her new black address book." 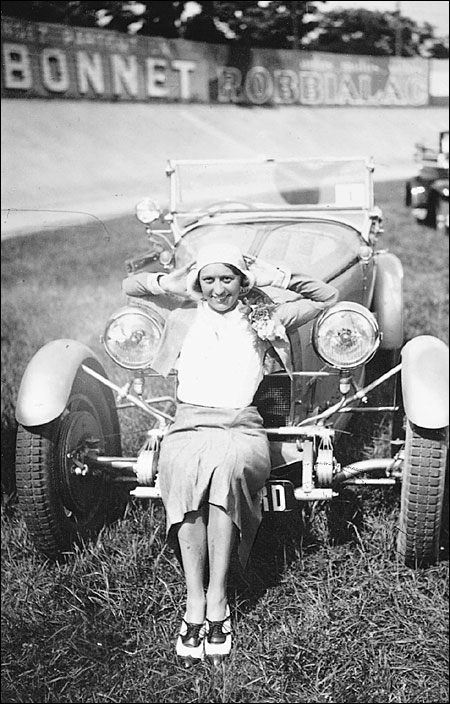 Hellé Nice after her victory in the 1929 Grand Prix Féminin which secured her a sleek Bugatti and the nickname ''The Speed Queen.'' 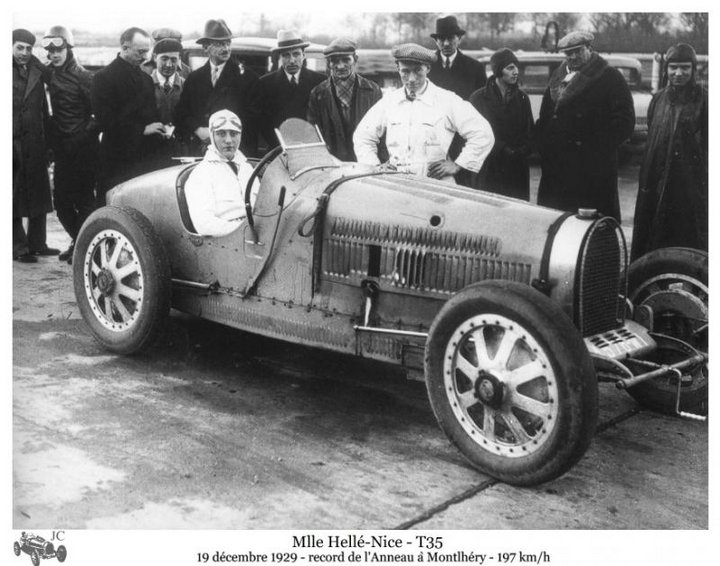 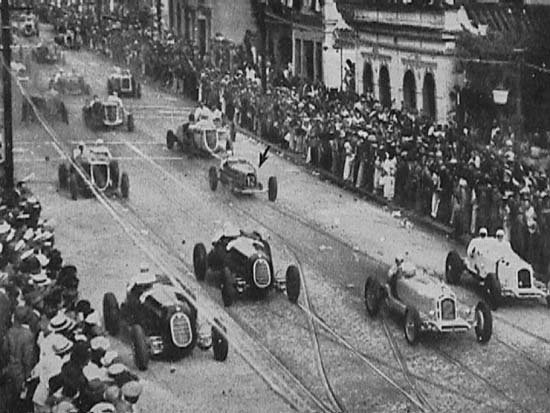 Hellé Nice in Rio de Janeiro leading the field in her Alfa Romeo with No. 2.

In 1936, she started in the Grand Prix of Rio de Janeiro and Sao Paulo. In the closing stages of the Sao Paulo Grand Prix, Hellé was fighting for 3rd place with Manuel de Teffe. As they entered the home straight, the over-excited crowd burst onto the track and, it’s thought, a “protective” hay-bale was accidentally pushed into the paths of the Frenchwoman’s Alfa. Whatever it was, she hit something in the road at considerable speed, and barrel-rolled through the assembled Paulistas, leaving five dead and a further thirty or so injured. She herself suffered severe head injuries when she unintentionally head-butted one of the locals, who consequently failed to survive the experience.

Rather surprisingly, the Brazilian authorities accepted responsibility for the accident, and she received a large sum of money from them as compensation for the destruction of her car. She recovered, setting 10 world records the next year. During the German occupation of France, Hellé moved to Nice, where her wealth allowed her to live out the rest of the war in relative comfort. After the war, her friend and fellow-competitor Anne Itier suggested that they team-up together for the 1949 Monte Carlo Rally, the first to be held post war. A Renault was purchased and the plan went ahead. But there was to be a shock for Helle at the pre-event ball in Monaco. After posing for some photographs with her fellow rallyists, she was approached by the legendary Grand Prix driver Louis Chiron, who loudly and extravagantly denounced her as a Gestapo Agent in front of all the assembled dignitaries and celebrities.

Nothing has ever been uncovered to suggest that Louis Chiron had any grounds for his accusation. There is an idea that it was Hellé’s comfortable wartime lifestyle that may have aroused Chiron’s anger. Despite her denials, Hellé Nice’s life was ruined. Her friends and associates drifted away, and when she found she could no longer generate any interest in her motor racing plans, she gradually withdrew from the public eye, and became forgotten. Hellé should have had enough money put away to live reasonably comfortably for the rest of her life, but her Swiss partner Arnaldo Binelli had squandered most of it on various business ventures. And when it was all gone, he left her. Her fortunes dropped even further when her mother died, and she found that everything, which wasn’t much, had been left to her younger sister Solange, whom she’d never got on with. 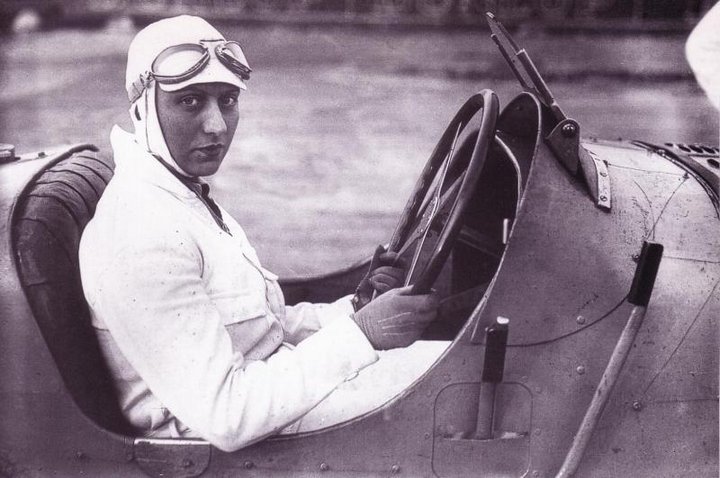 In the end, she was to be found living alone in a small apartment in a run-down part of Nice, provided rent-free, out of charity, by a sympathetic landlord. Her only income were handouts from a charity organization called “La Roue Tourne”, which helped former theatricals. The Bugatti Queen died in 1984, leaving two boxes filled with old clippings, letters and photographs behind. She was buried in her birth village. Her sister refused to pay for her name to be engraved alongside the others on the family headstone. 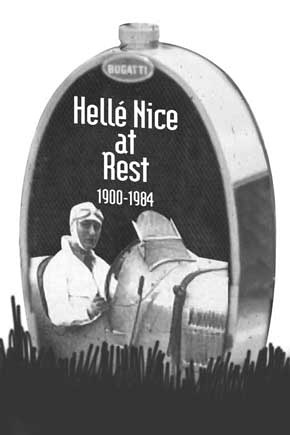 Thanks to historicracing.com and NY Times Book Review.

Comment by lord_k on July 9, 2011 at 12:15pm
I took a liberty of adding some pictures to your awesome article. Hope you won't mind.

Comment by Larry on July 9, 2011 at 11:22am
Fascinating. She was like a real life version of Larita from the movie Easy Virtue.