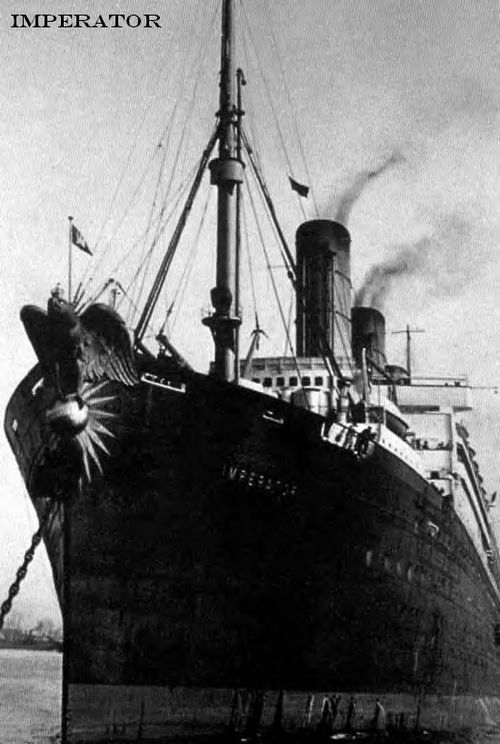 She was the first of a trio of successively larger Hamburg America ships that included SS Vaterland and SS Bismarck built by the line for transatlantic passenger service. At the time of her launch in May 1912, she was the largest passenger ship in the world superseding the White Star RMS Olympic. During World War I, the ship remained in port in Hamburg. After the war she was briefly commissioned into the United States Navy as USS Imperator and employed for returning American troops from Europe.
Following her U.S. Navy service, Imperator was handed over to Britain's Cunard Line as part of war reparations, and she sailed as the flagship RMS Berengaria (renamed in 1921) for the final decade-and-a-half of her career.

There is an excellent Website dedicated to Imperator. Highly recommended!
Enjoy the slideshow: