"The most fatal error imaginable would be to put steam engines in a submarine." 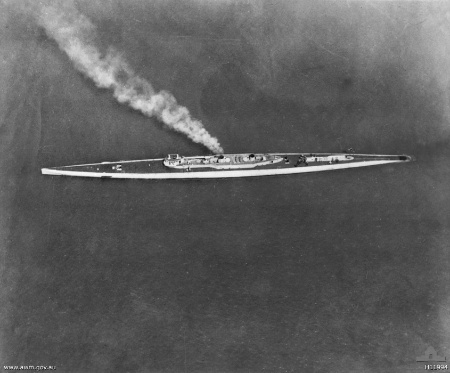 It is not a piece of anti-steampunk hate speech but an opinion of John Arbuthnot Fisher, 1st Baron Fisher of Kilverstone, former First Sea Lord, expressed as early as in 1913. Of course Admiral Lord Fisher had his own follies that, together with hot temper, earned him a nickname "Crazy Jacky". But the Admiralty was at least as insane as its former chief: in 1915 a new K-class of submarines was secretly ordered, powered by steam engines.

The design combination gave the Ks a diesel engine, two steam turbines, and four electric motors.
The original intention had been to seal the boiler room off on diving because no men could have lived in it. But Vickers, the builders, introduced a communicating passage so that men would not be cut off from the forward or after compartments. It had three guns and ten 18-inch torpedo tubes, two of them on the funnel super-structure for surface use at night.

The thought behind the drawings was that there should be craft capable of keeping up with the battle fleet and the vessels were to be the fastest, heaviest and largest submarines anywhere in the world. They actually proved so fast that no submarine of the 1939-45 war could have kept up with them.

In all, 17 of these boats entered service between August 1916 and May 1918. They were driven on the surface by steam engines and aft of their conning towers they carried twin retractable funnels. The idea was that when the diving klaxon sounded the funnels were swung into special housings, the furnaces dampened down and the boat dived.

But Intended as a spearhead for the Grand Fleet and a spearhead possessing great speed and power only one K-class submarine ever engaged the enemy, hitting a U-boat amidships with a torpedo that failed to explode.

Little wonder that their crews, particularly the stokers, complained bitterly about the heat. Not even Vickers at Barrow, who constructed K3, K4, K8, K9, K10 and K17 could escape the woeful tale of accident and disaster written by the boats. Rather more than half the class survived to be scrapped. The others wrote their own tale of calamity.

K4 was sunk in collision with K6 in January 1918. Earlier she ran aground on Walney Island. 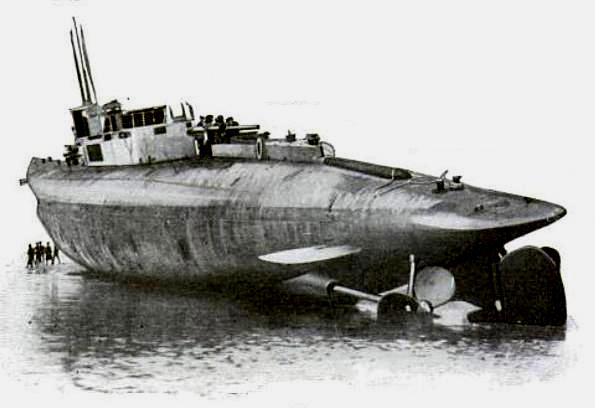 K5 was lost due to unknown reasons during a mock battle in the Bay of Biscay on 20 January 1921. Nothing further was heard of her following a signal that she was diving, but wreckage was recovered later that day. It was concluded that she exceeded her safe maximum depth.
K17 was sunk in collision with HMS Fearless, also in January 1918 and even K19, which was finished as the M2, was sunk on exercise in January 1932. What happened to rest of the boats? Read here. 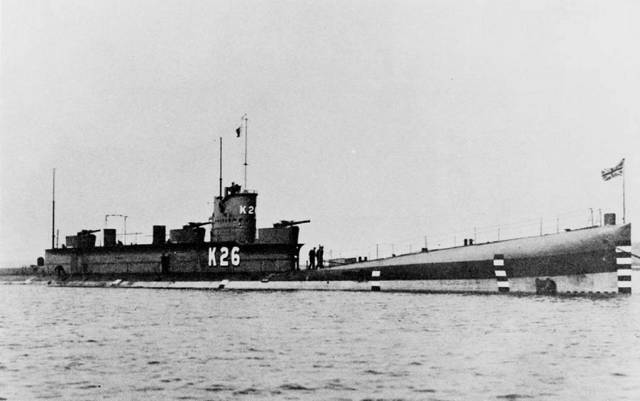 The last, improved, boat, K26 was completed slowly, finally being commissioned in 1923. She had six 21 inch (530 mm) bow torpedo tubes but retained the 18 inch (460 mm) beam tubes. Her higher casing almost cured the problems of seawater entering the boiler room and improved ballast tank arrangements cut the diving time to 3 minutes 12 seconds to get to 80 ft (24 m). She also had an increased maximu diving depth of 250 ft (75 m). 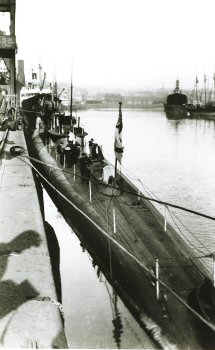 No class of warship in the Royal Navy or any other navy suffered such calamities as the Ks. They were involved in 16 major accidents and any number of minor mishaps. One, the K13 sank on her trials in the Gareloch and her salvage was a feat for the day.
Three were lost in collisions, one sank in harbour, another disappeared; and while the loss of life was appalling the escapes from death were the most remarkable in the Submarine Service.

The boats themselves were suspected, hated and argued about. Men are known to have gone to extreme lengths to avoid service in them and they earned the name of Suicide Club (the other name was Kalamity Class).