Steampunk art show to debut at Disney Parks in February

Steampunk and Disney fans alike, this one’s for you!

On February 22, The Disney Gallery at Disneyland park will unveil a new exhibit titled "Mechanical Kingdoms ~ Steam-Driven Visions of a Victorian Future." Though certainly not part of the steampunk wave (at least not consciously), Walt Disney Imagineers have been creating their own visions and versions of retro-futuristic technologies since well before that time, incorporating them into Disney Parks and attractions around the world.

"Mechanical Kingdoms ~ Steam-Driven Visions of a Victorian Future" features conceptual designs and ideas for an array of inventive vehicles, machines and gadgets. The collection also shares some of the same inspirations as steampunk - most prominently a fascination with the extravagantly inventive visions of tomorrow expressed by such Victorian futurists as Jules Verne and H.G. Wells.

So don your petticoats and bustles or your suits and old military storm coats, pull on your brass goggles and get ready for an adventure that takes us forward into the past, as seen through the eyes of Disney artists and designers. 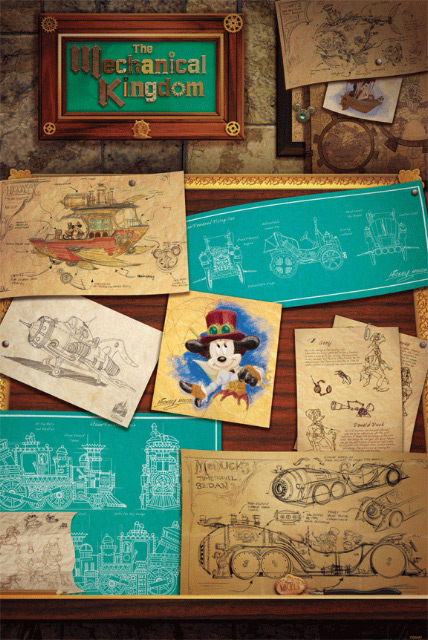 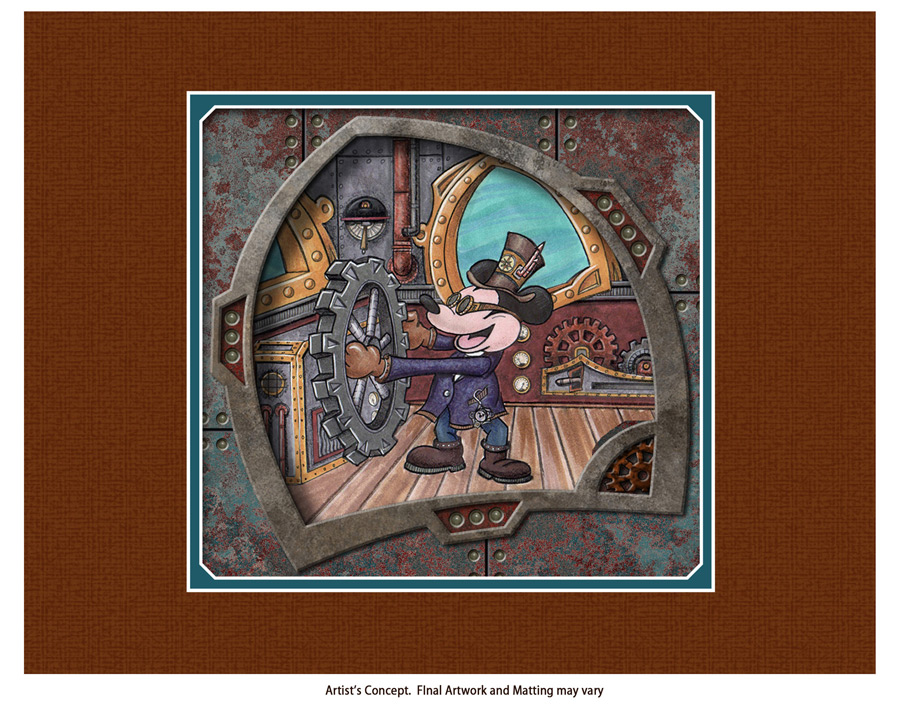 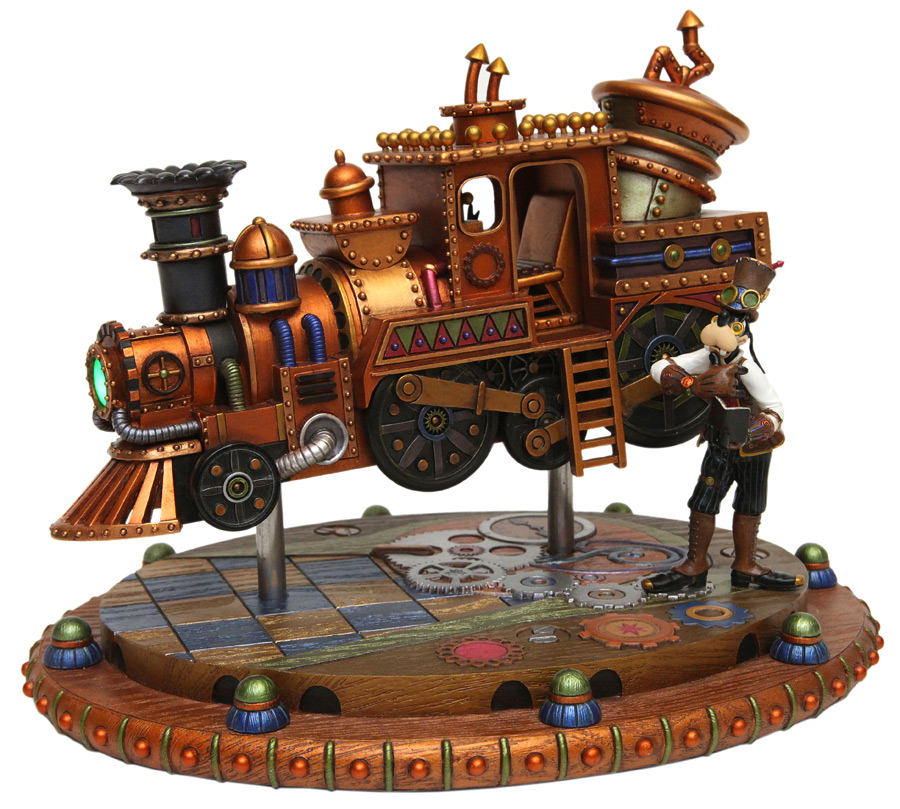 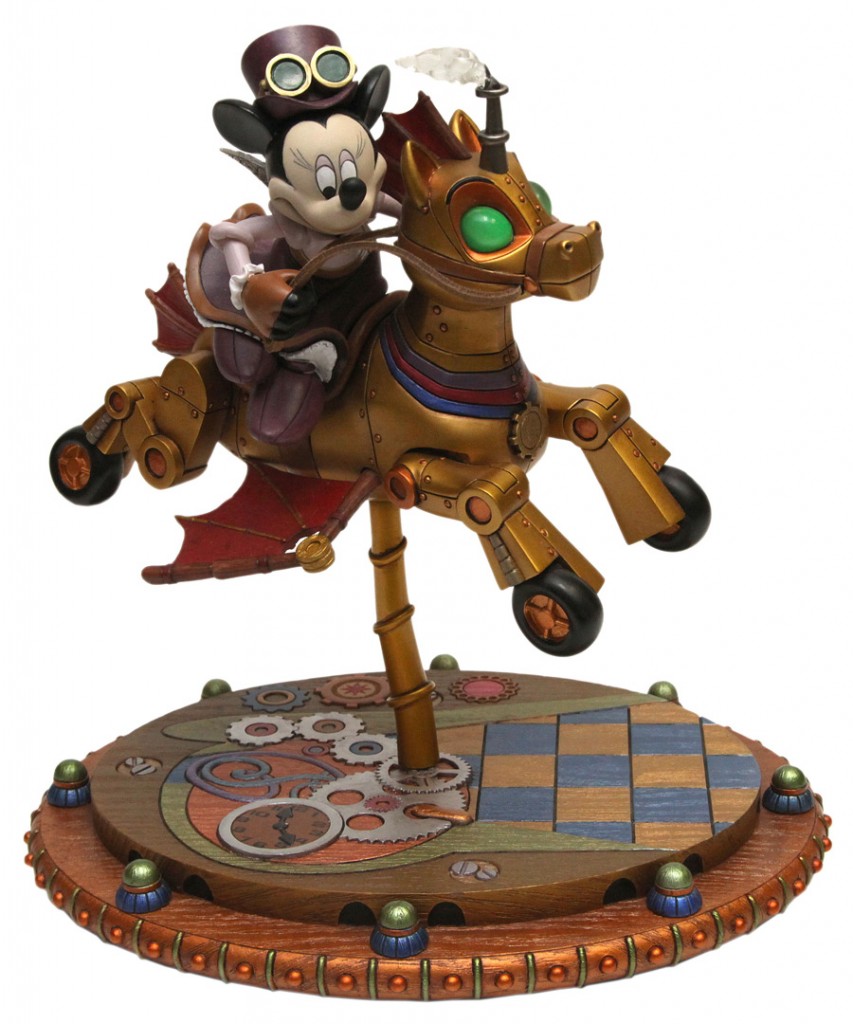 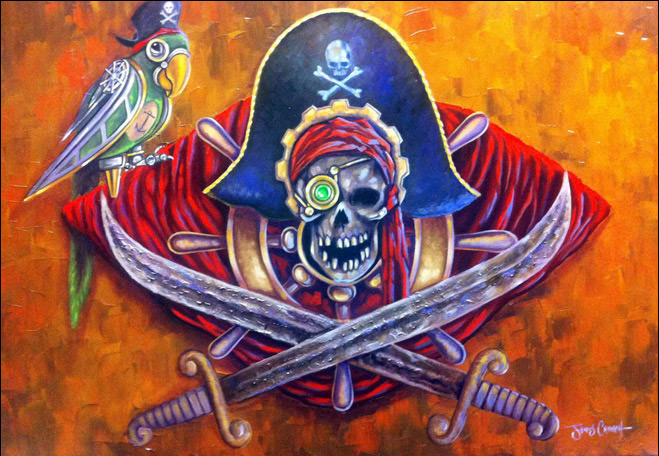 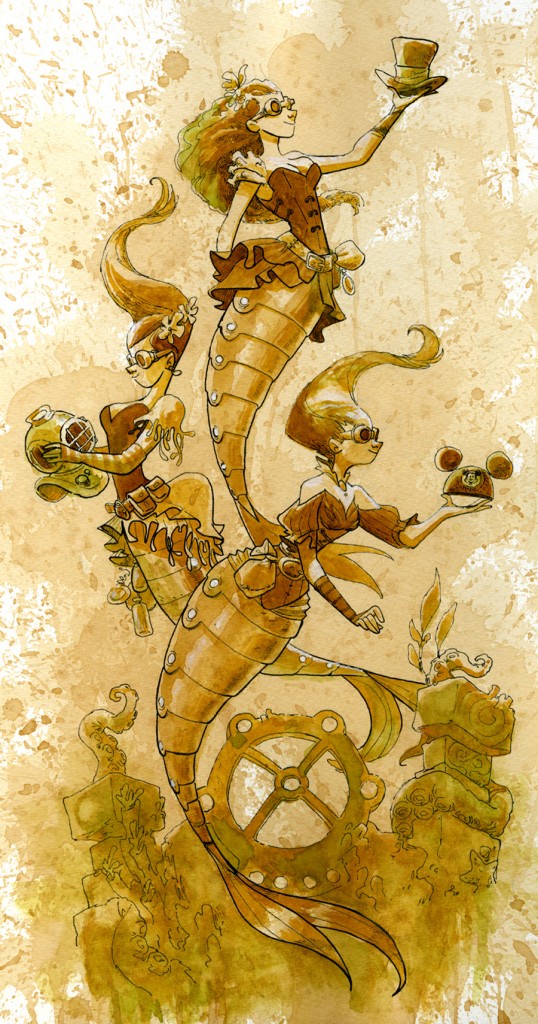 Lost and Found by Brian Kesinger M. Hatter Milliner to the Queen by Michael Peraza 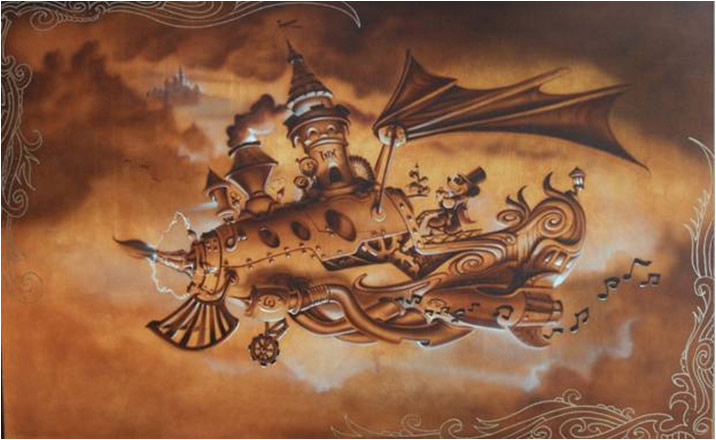 Manning the Machine of a Million Dreams by Noah 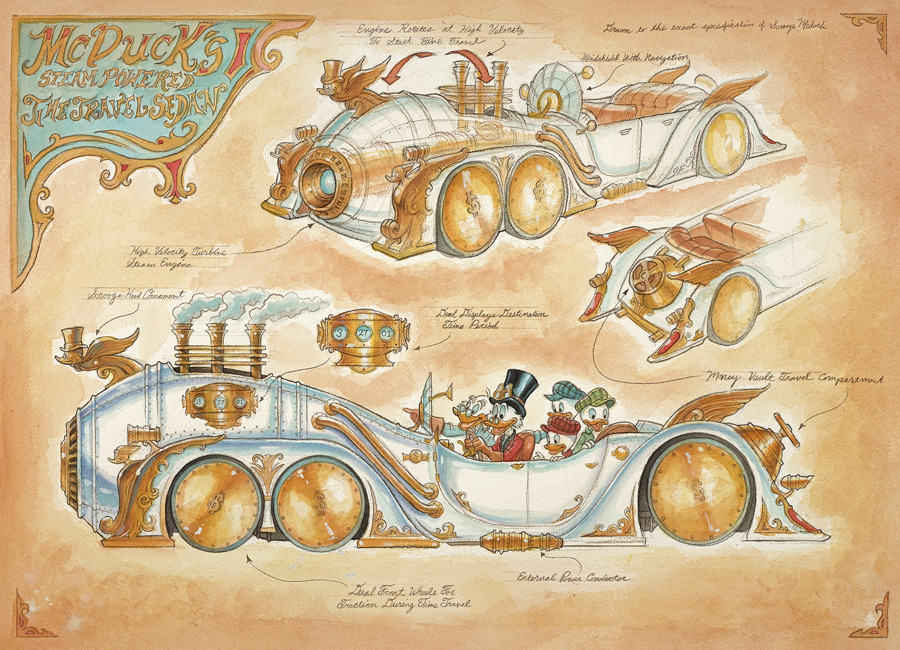 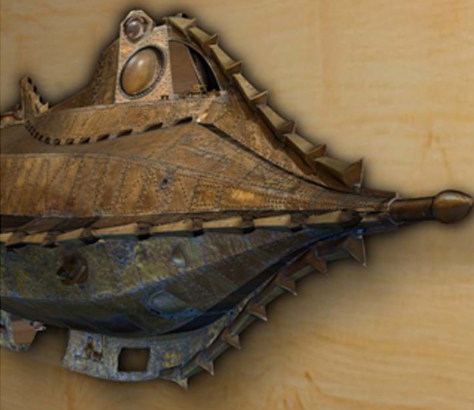 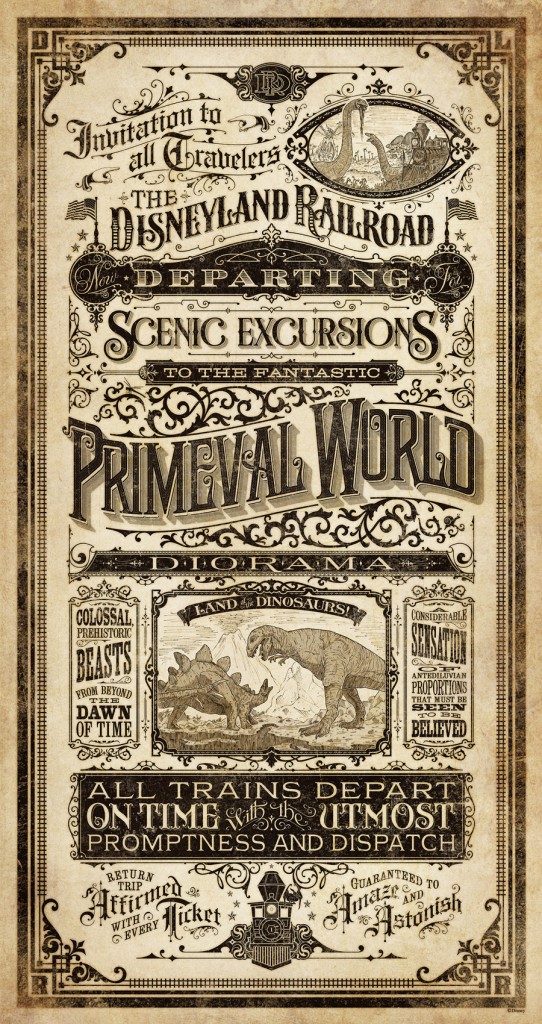 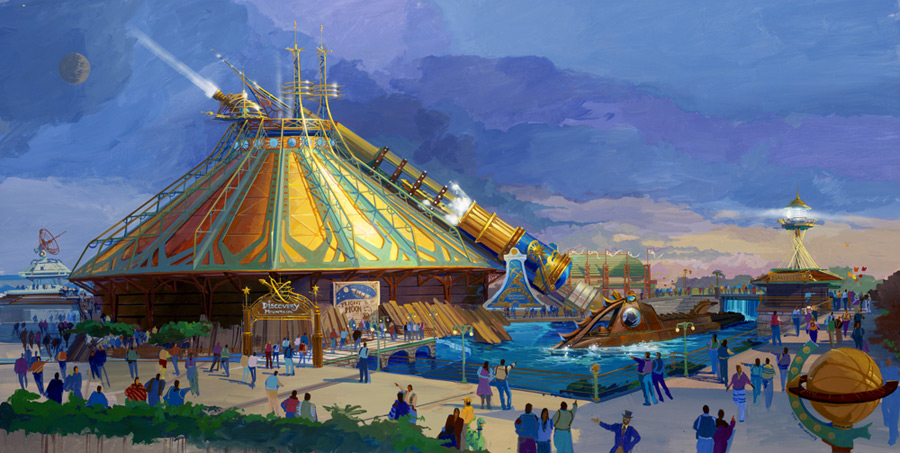 I think the works above are fairly comprehensive of the type of work we'll be seeing.

When I was in Discoveryland in November, the place had a bright, colorful steampunk appearance inspired by Jules Verne.  I expect more of the same; Disney characters with gears slapped on, as presented by above-average artists.  No real message other than "steampunk is cool, creative, and non-offensive enough to be marketed to."

It would be interesting to see what ~ Visions Of The Future ~ a STEAMPUNK Tomorrowland would present. = A Buck Rogers type Retro-Future or an Alternate Dieselpunk version???