What's it - a Shinkansen? No, this poster was printed almost three decades before the first Bullet Train, in 1937. The object represents a streamline narrow-gauge steam locomotive No. 5343. It belonged to quite unremarkable C53 class of Japanese Government Railways (today JNR), built by Kisha-Seizo and Kawasaki Works for 1,067mm gauge. From 1928 through 1931, 97 C53s entered service. 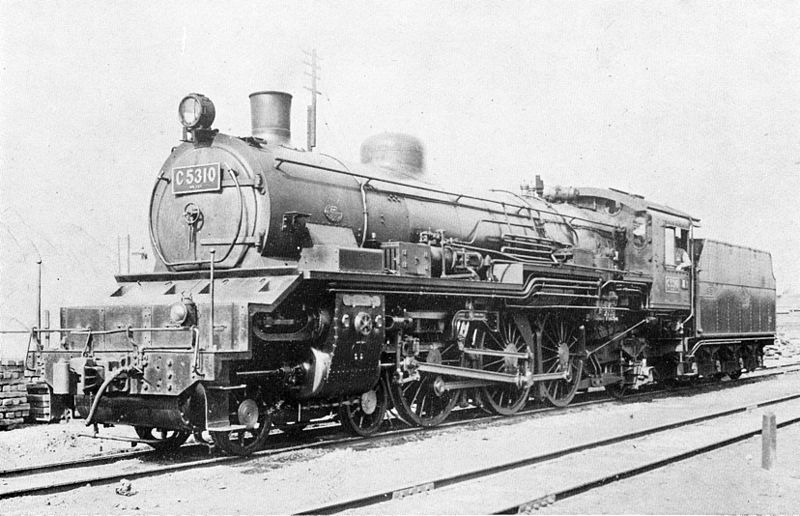 Nothing special, as you see - just a diminutive version of the Pacific (with 4-6-2 wheel arrangement), so popular in the Interbellum years. 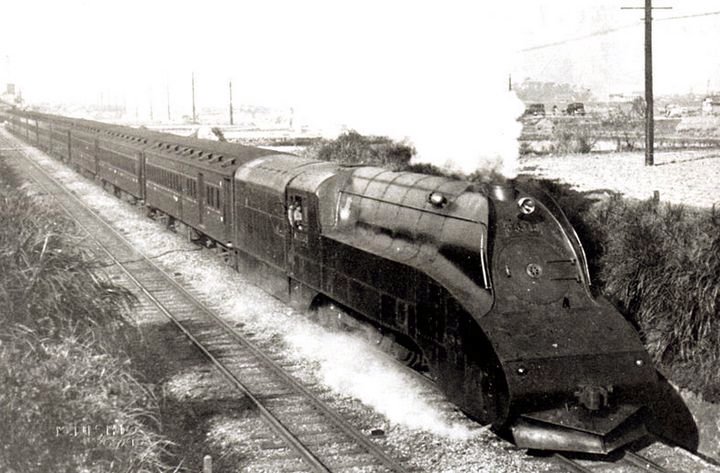 Only one C53 was fitted with streamline shrouding in the mid-'30s.

This machine was quite slow, achieving top speed of only 95 km/h. But who cares for performance when you've got the looks?

The 5343 lost its shrouding and then went to the scrappers (its non-streamline "brother", the 5345, is preserved at the Umekoji Steam Locomotive Museum). Nowadays it became the railway modelists' darling: 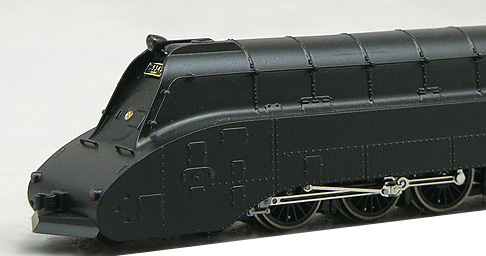 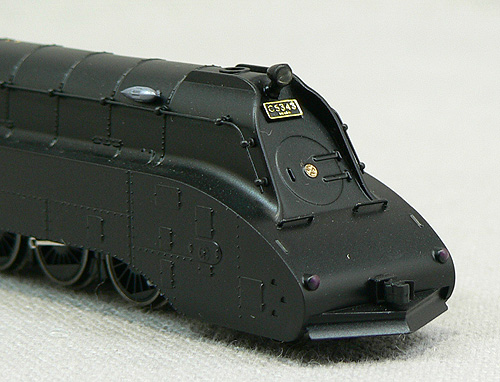 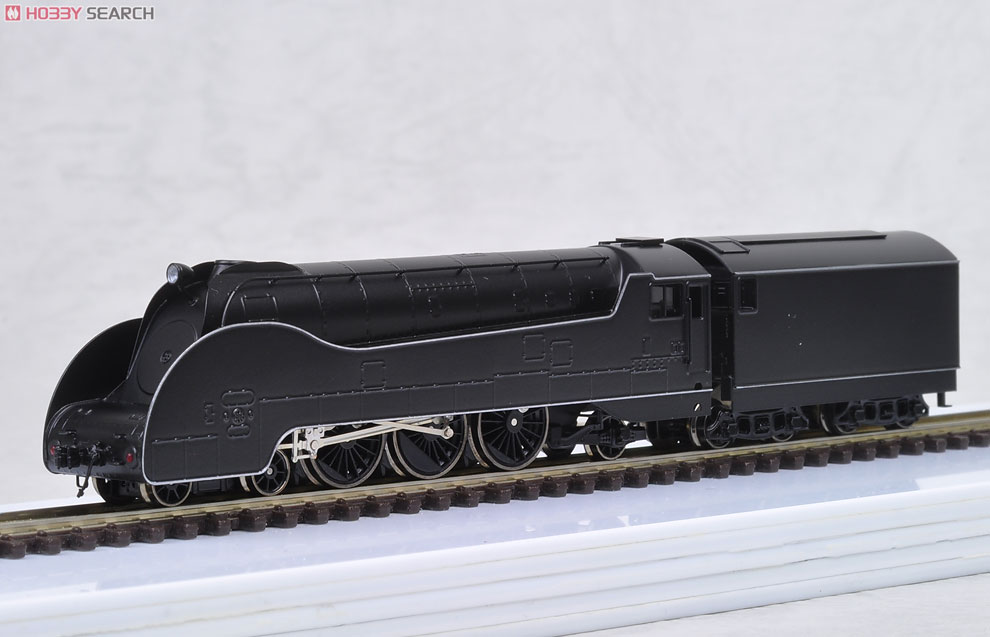 They were soon reverted to a "conventional" form. I could not found a photograph of C55 streamliner, but there are models:

Ironically, it was a non-streamline C62-class No. 17 that set the world speed record for a narrow-gauge steam locomotive on December 15, 1954 when it reached 129 km/h (80 mph) on the Tōkaidō Main Line.