A single railcar that started a new era: It is Pullman-Standard Railplane, designed by William Stout (who is also responsible for the famous Stout Scarab minivan and well-forgotten Scarab bus).
Feeling the effects of the Depression and declining business, America's railroads (in the 1930s) were looking for ways to reinvigorate passenger travel. As Ralph Budd, president of the Chicago Burlington & Quincy, later explained, railroads had to continue running trains on short routes to handle mail and baggage "whether or not anyone rides the trains." After seeing GM's powerful diesel engines, Budd concluded that what the railroads needed was a new kind of train that was fast, convenient, ultramodern and luxurious enough to fire the public imagination. The Union Pacific Railroad also saw the two exhibits and came to similar conclusions. A race was on to see which of the two railroads would be the first to develop an ultramodern diesel passenger train. With the engine technology of the day, the new trains had to be lightweight. To get the most out of the available power, the trains were streamlined. The Union Pacific selected the University of Michigan to find the best aerodynamic shape while CB&Q turned to M.I.T.. The new designs looked like nothing else that had ridden the rails. They looked more like Buck Rogers's space ship than a train. People were tired of living in the Depression and they were ready for a change. These radical new designs, no doubt, capitalized on it. 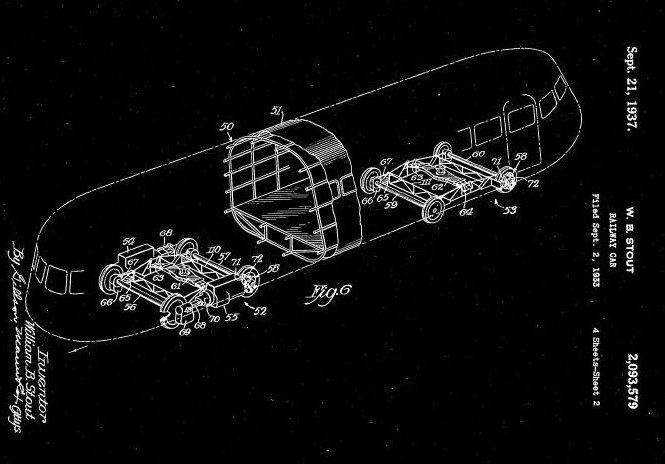 In 1933, the Pullman Car & Manufacturing Company constructed the Railplane to Stout's design (some improvements were later patented by the company, see the positives below). This was merely Stout's familiar triangulated space-frame aircraft fuselage, this time adapted to railroad use. Here too, he was able to preserve his all-time important triumvirate: simplicity, practicality and comfort. The self-propelled car had an aluminum body, 60' in length. It was exhibited at the Chicago World's fair 1934 and then leased to the Gulf, Mobile & Northern in 1935 for service between Tylertown and Jackson, Mississippi. The Railplane is principally known as a test vehicle although it saw some small commercial service. It weighed 20 per cent as much as a conventional railroad car, but using only two minuscule (by railroad standards) 320-hp six-cylinder truck engines, was able to hit 100 miles per hour, while delivering 5 miles per gallon. The secrets were streamlining and weight. The entire Railplane weighed little more than a single four-wheel suspension "truck" of a standard railcar. By comparison, two men could lift the space-frame "truck" from the Railplane, and Stout found it necessary to mount the engines - one to each truck - directly to the carriers thereby increasing unsprung weight for acceptable ride. 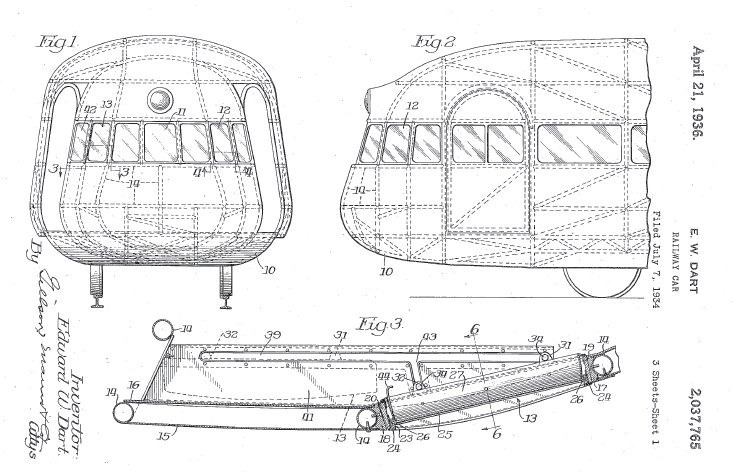 By comparison to conventional railcars, the ride was superb, engine noise and fumes were all but eliminated and the seating arrangement - using aircraft-type seats as fitted to the Scarab automobile - made the Railplane quite luxurious. 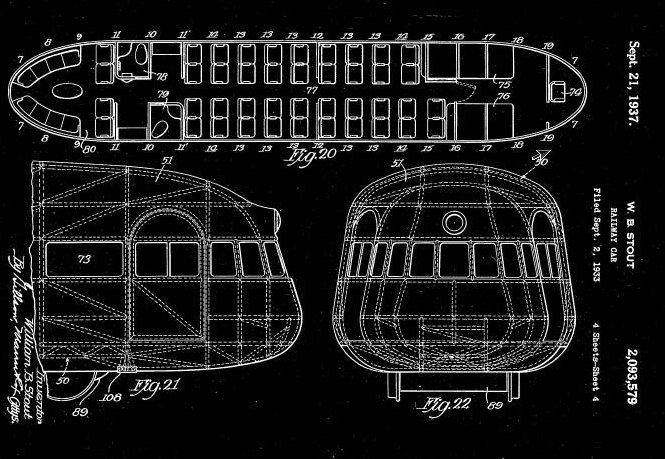 From the railroad point of view, all running gear could be easily serviced from outside, tracks and roadbed lasted longer and operating costs were significantly less. Despite proven advantages, there were no buyers. Union Pacific ordered a three-car version (future City of Salina) , but that's as far as it went. 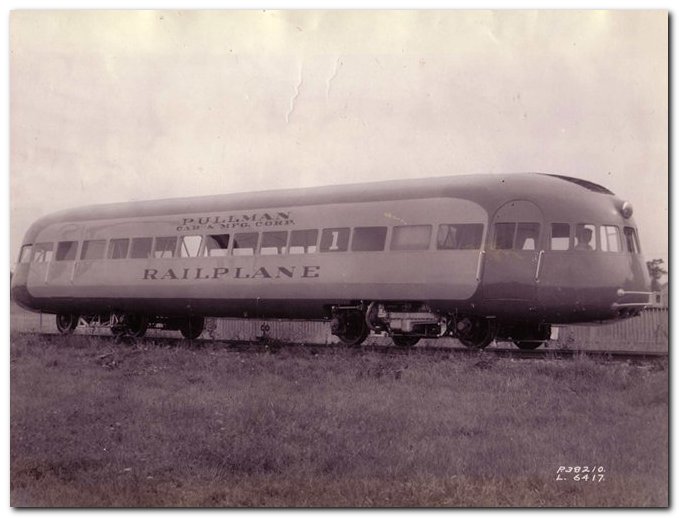 Like the Railplane, the UP train was constructed out of aluminum. In the other corner, CB&Q looked to a new comer on the railcar scene, Edward G. Budd Manufacturing Company (no relationship to Ralph Budd). Budd had been producing auto-bodies before the Great Depression; however, with business down, they decided to diversify and construct a light weight, stainless steel railcar. They finished their first coach in 1932. The stainless steel coach was made possible because the Budd Manufacturing Co. had developed the first successful method of welding stainless steel only a few years earlier. Comment by Mark on May 16, 2011 at 7:41am
Aha! I read that article a few months ago! I'd like one of these machines for my model railway but the commercially produced ones are the later, less streamlined, version and at present I do not have the time to build from scratch.

Comment by Mark on May 16, 2011 at 5:48am
Thanks. Never knew about these before (though I know about the Budd railcars, of course). In the UK the Great Western Railway had some similar vehicles, the initial batch of which were streamlined.