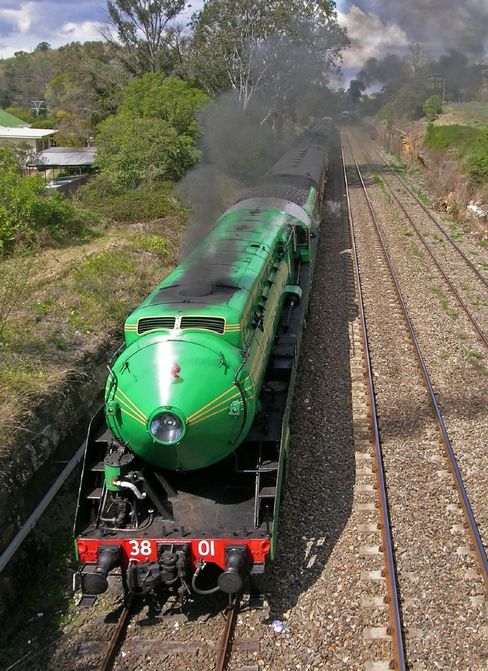 Built from 1943, the 30 locomotives in the class were designed to haul express trains and replace the C36 class on these premium workings. They were the first NSW locomotives to use the popular Pacific 4-6-2 wheel arrangement. 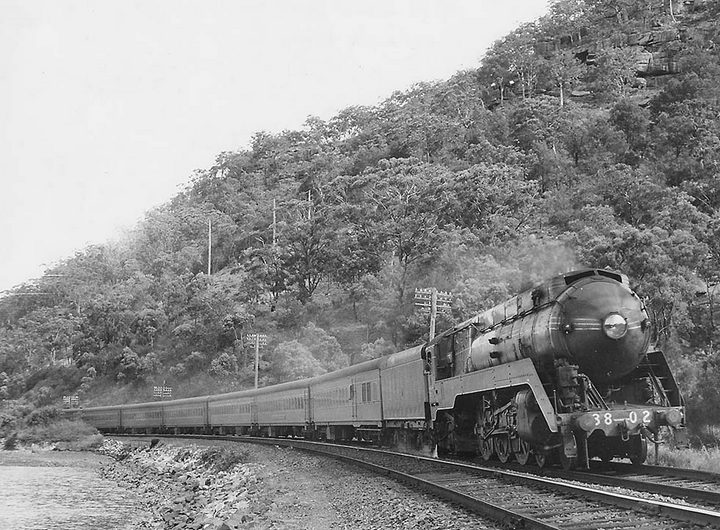 The C38 class were first conceived in 1938. They suffered many delays during construction - mostly due to the Second World War. 3801 was the first engine completed and entered service in January 1943. The last in the class, 3830 entered service in November 1949. The first five locomotives were built in the Clyde Engineering workshops and wore distinctive streamlined boiler casing. The remaining 25 locomotives were built at the New South Wales Government Railway Workshops at Eveleigh, New South Wales (13 locomotives) and NSWGR Workshops at Cardiff in Newcastle (12 locomotives). 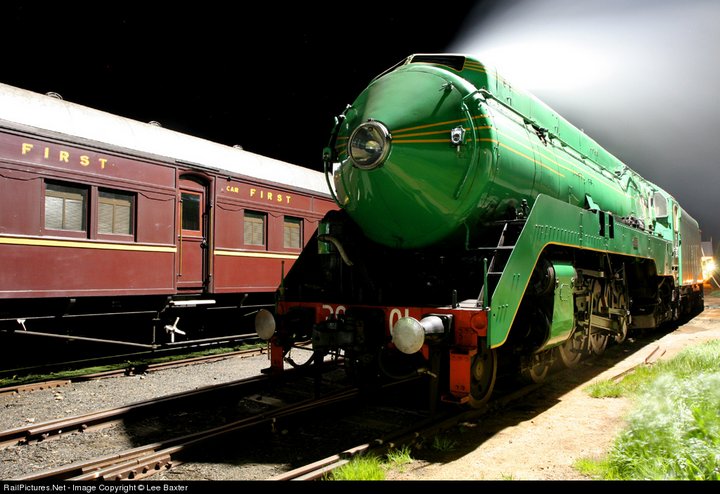 By 1951 diesel locomotives started appearing on the rails of NSW. These gradually took the "glamour workings" away from the 38 class, who would be confined to all-stations passenger and even goods trains. They could still be found working The Newcastle Flyer up until December 1970. 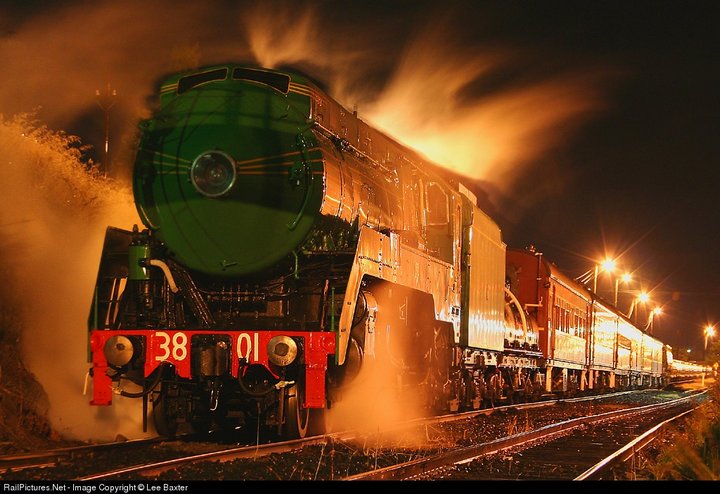 At that time its restoration was nearing completion at the former State Dockyard site in Newcastle. Out of trade apprentices worked on this restoration for over a three year period under the direction of the Hunter Valley Training Company. In November 1986, 3801 entered service and operated as the flagship of the Company for the next 20 years. 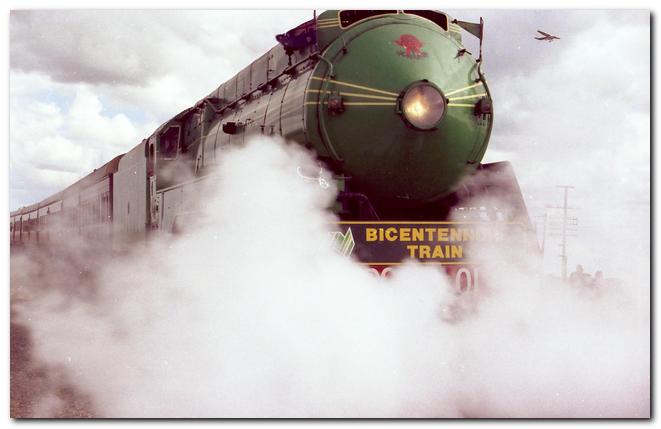 In 1988, 3801 and its train became the Bicentennial Train for Railways of Australia and operated tours to all the mainland capitals as part of the celebrations. In the latter part of 1988 and much of 1989, Flying Scotsman joined 3801 Limited and ran many very successful tours around NSW and beyond. In excess of 500, 000 passengers were carried by the Company during this 20 year period. 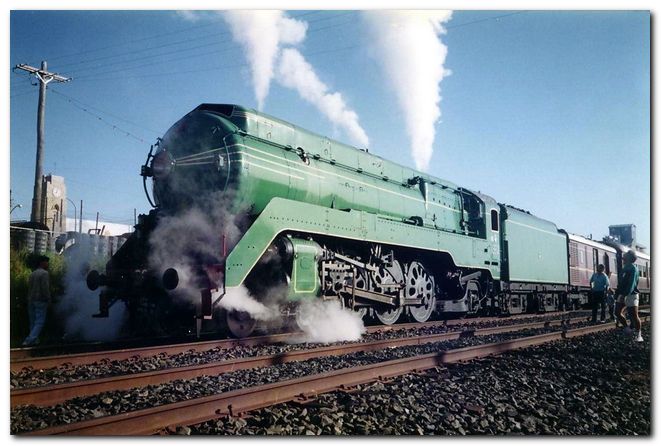 Now the only surviving C38 streamliner is receiving a a major overhaul, waiting for the new boiler to arrive from Germany. Recommended: 38: The C38 Class Pacific Locomotives of the NSW Government Railways by John B Thompson