I'm sure you're fed up with pre-war designs and steam propulsion. Let's try something different this Sunday. This photograph of a very unusual train built by American Car & Foundry (ACF) was taken by Al Fenn in Pennsylvania in April 1949. What's so unusual about the train? Well, it's articulated (and you know that the concept of articulated train, so popular in the States around 1934, was rejected for various reasons by 1937). It's built for export (common practice for the locos, but not for the "whole" trains). And if it is not enough, it's built after a foreign design! 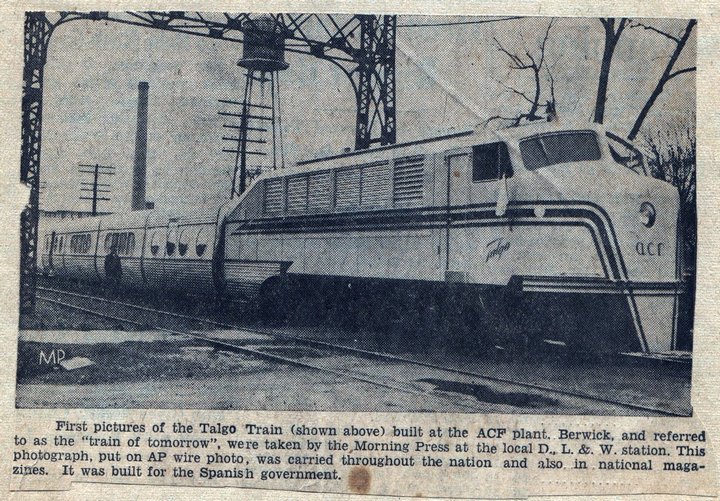 Yeah, Mr. Fenn shot the test rides of the Talgo II train. What is Talgo I then? OK, TALGO is the Spanish acronym for "Tren Articulado Ligero Goicoechea Oriol" (Goicoechea-Oriol light articulated train), invented by Alejandro Goicoechea and José Luis Oriol. In 1942, they built a prototype that could be designed by Frank R. Paul: 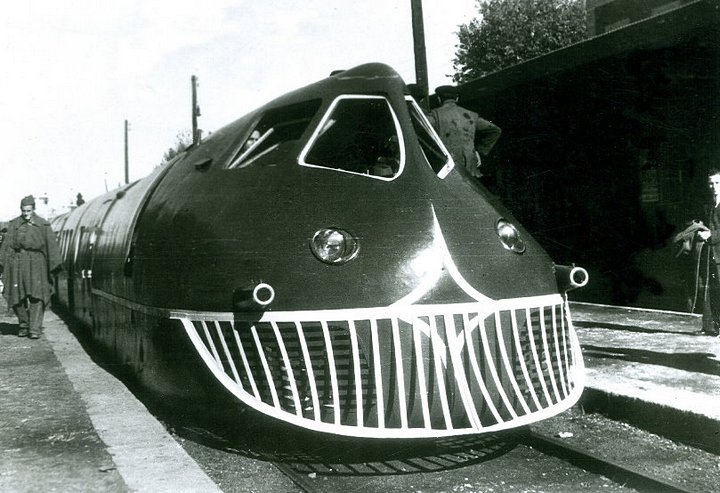 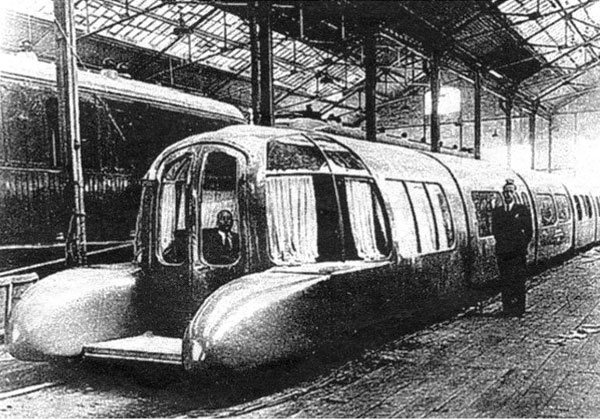 After WWII Spanish government commissioned a number of improved (and less spectacular) Talgo trains from ACF. Here are Fenn's photographs, each one worth a thousand words: 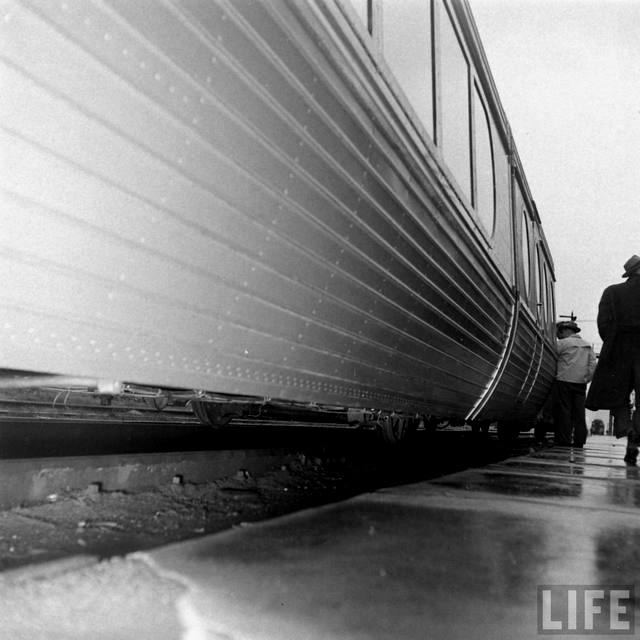 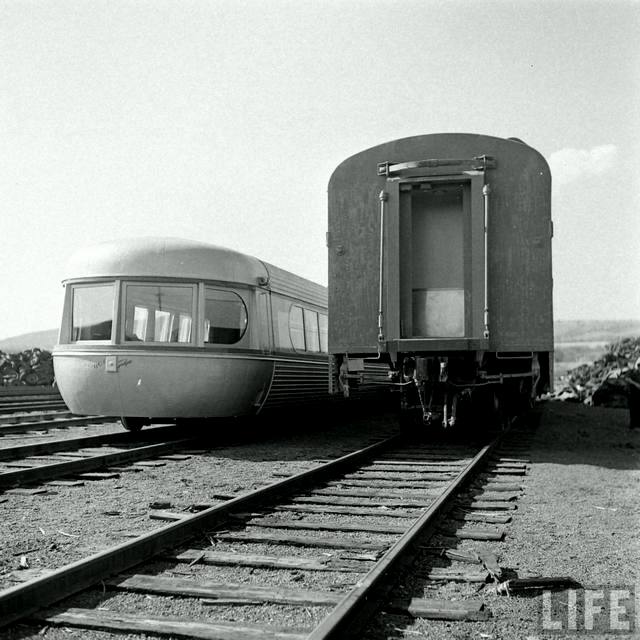 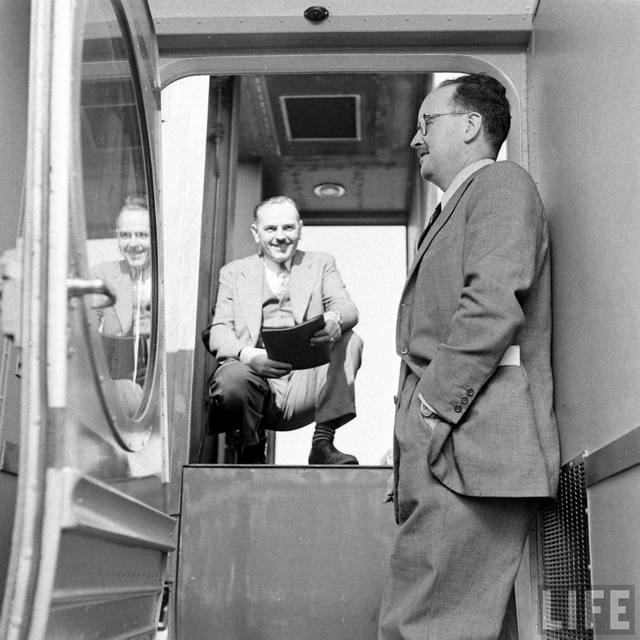 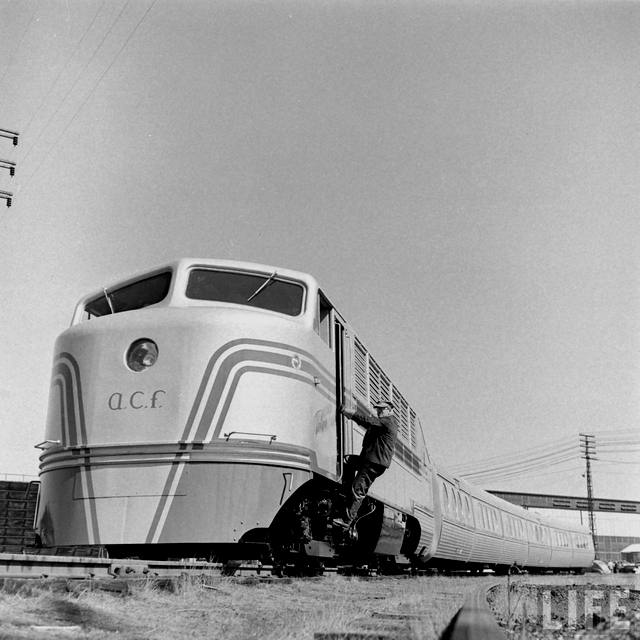 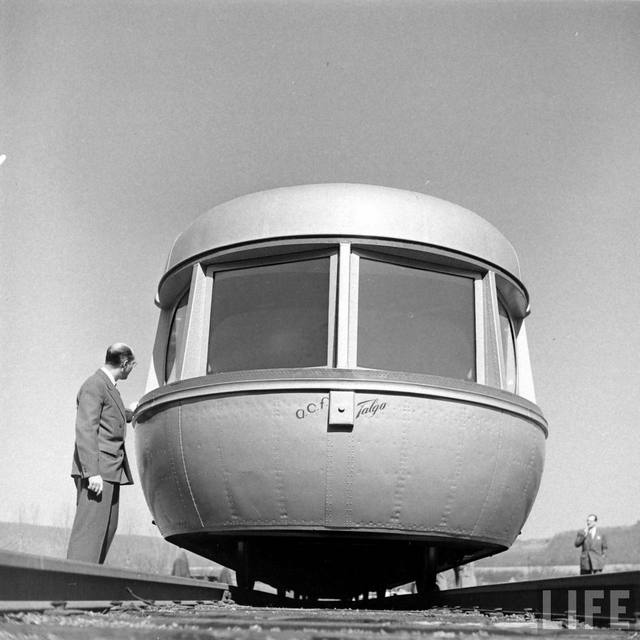 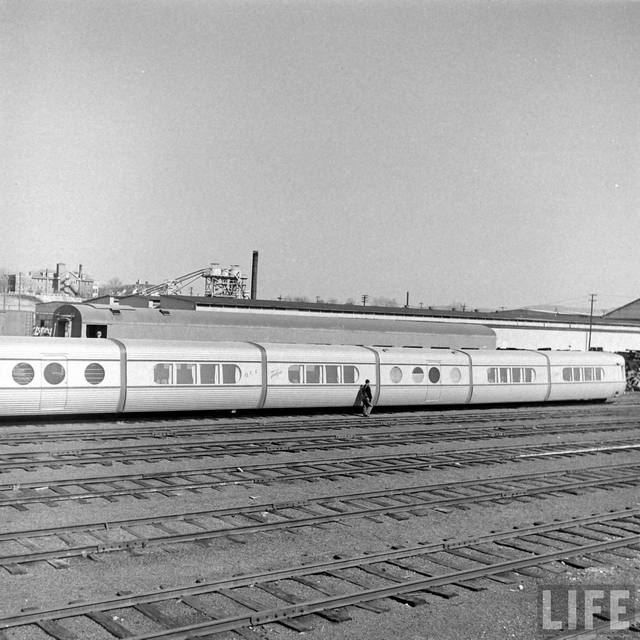 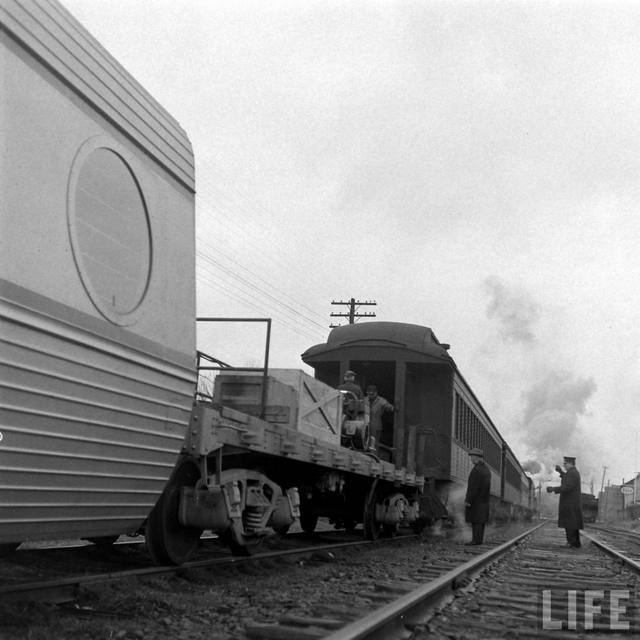 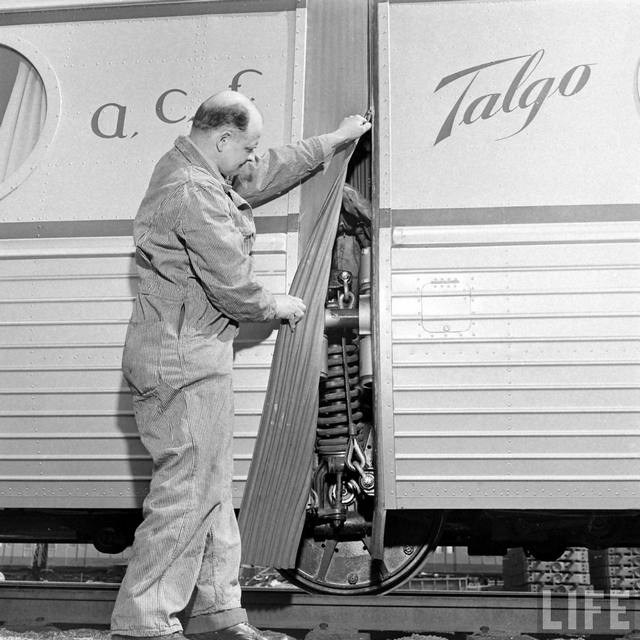 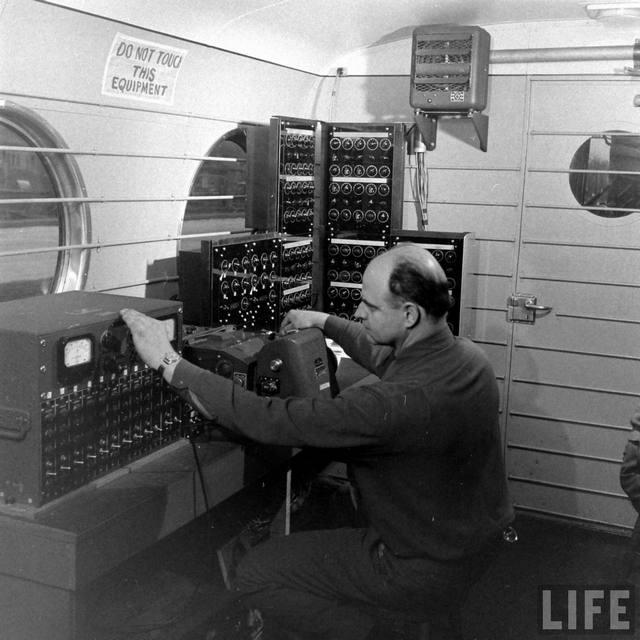 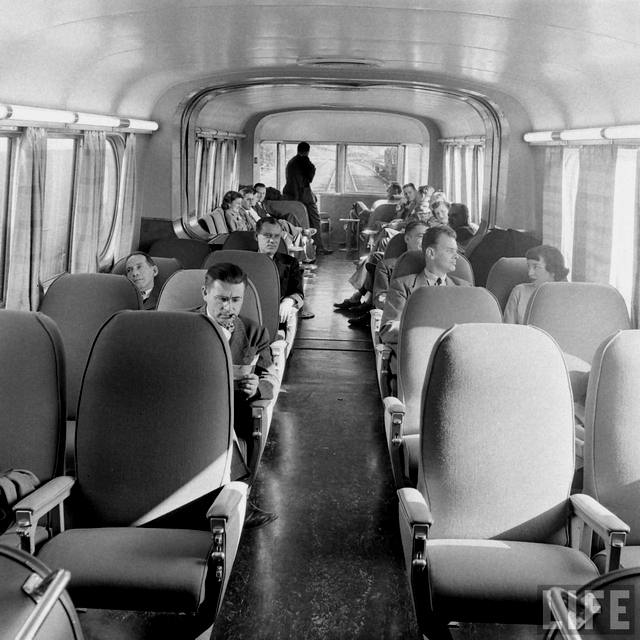 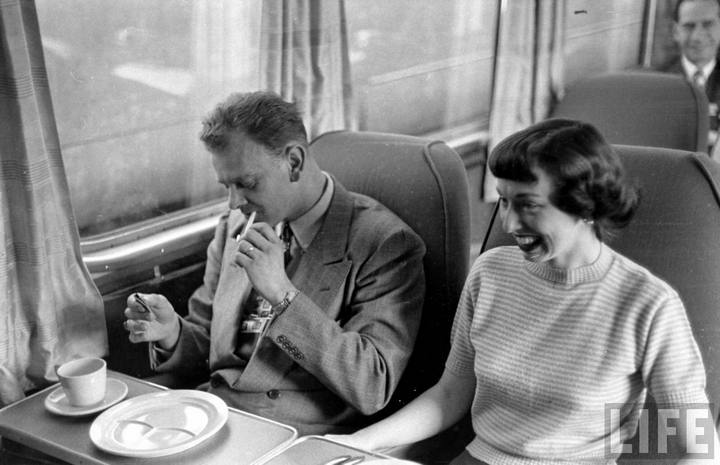 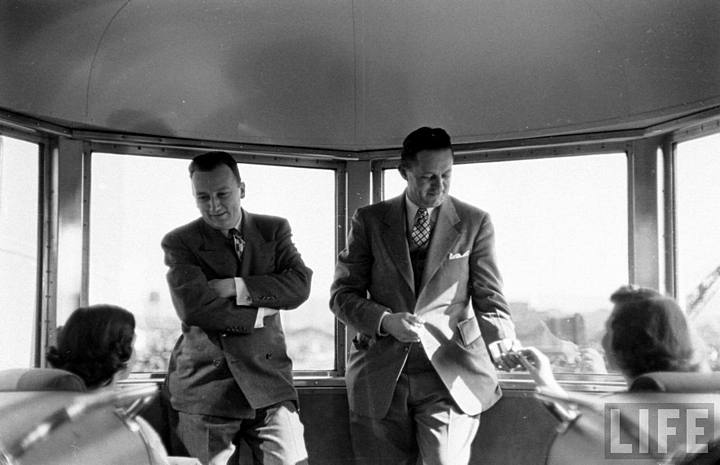 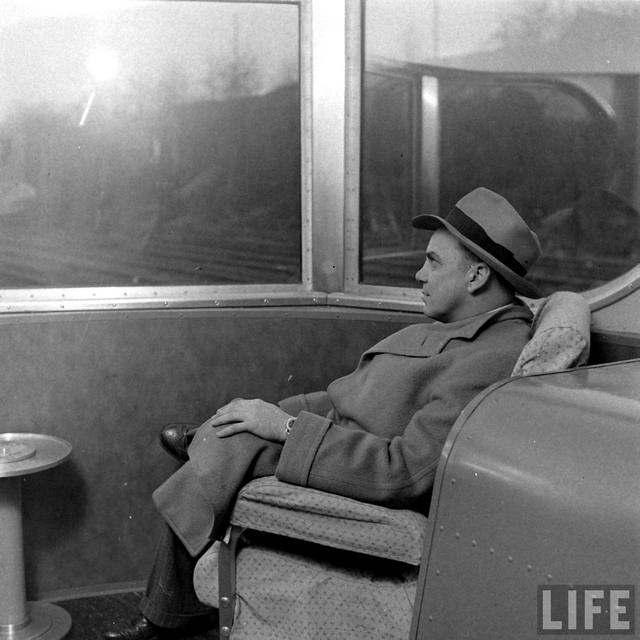 I believe both Goicoechea and Oriol are here, directing the tests. I also must admit that ACF tried to introduce the Talgo trains to the American public transit system, selling it to Rock Island Line and NY, New Haven & Hartford Railroad as well as to the Boston and Maine. They weren't a major success. 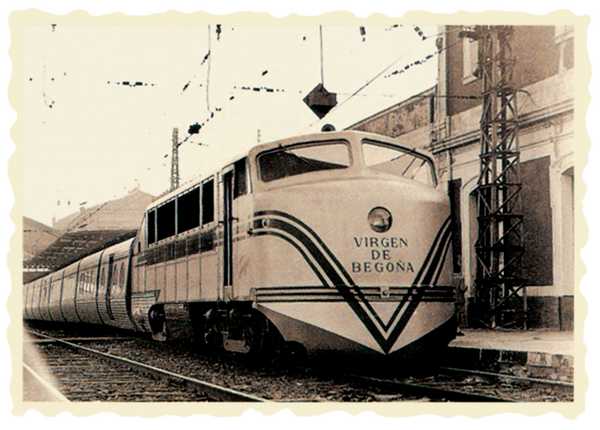 In Spain, the first Talgo II entered service on March 2, 1950, inaugurated by Francisco Franco (watch the video). Three locomotives and 32 cars of this type were delivered from Berwick. I'm sure they had to be refitted after the tests in Pennsylvania - Spanish "standard" railway gauge is 1668 mm and not 1435 like in the States. One unit is preserved: 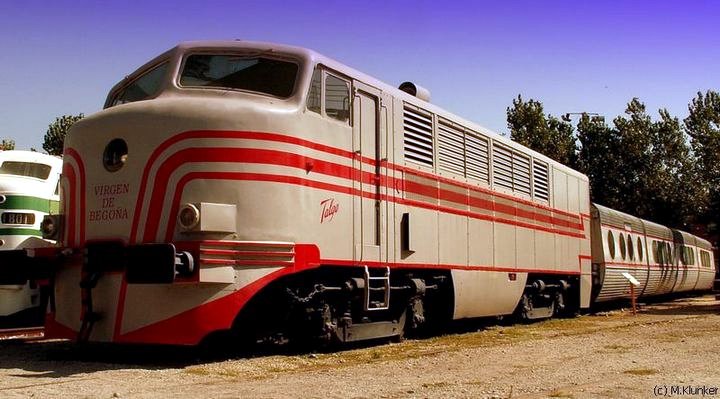