Today, something modern for a change. Modern, but not too hot, rather lukewarm - last year's news. I wonder why our German friends (and we've got some!) didn't bother to tell us about this loco when it was hot. Well, it's better later than never. 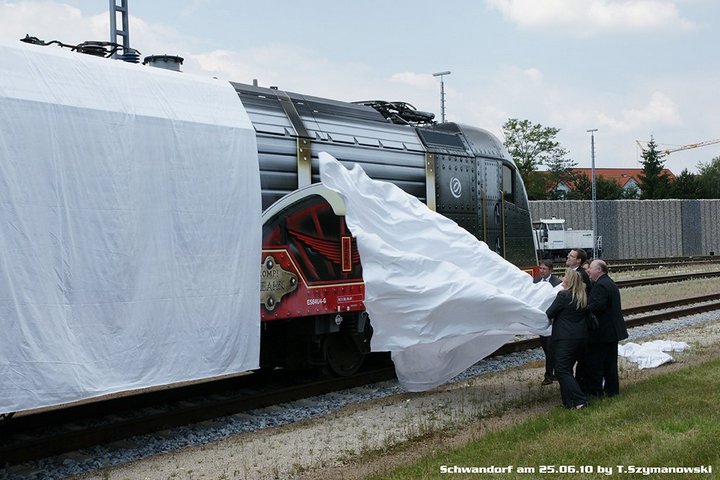 To commemorate the 175th anniversary of German railways, public transport operator Arriva Deutschland decided to launch a very special hauler for its Alex trains. Alex is Arriva-Länderbahn-Express, much admired by railfans as it employs refurbished classic carriages and haulage by a small fleet of both diesel and electric locos. 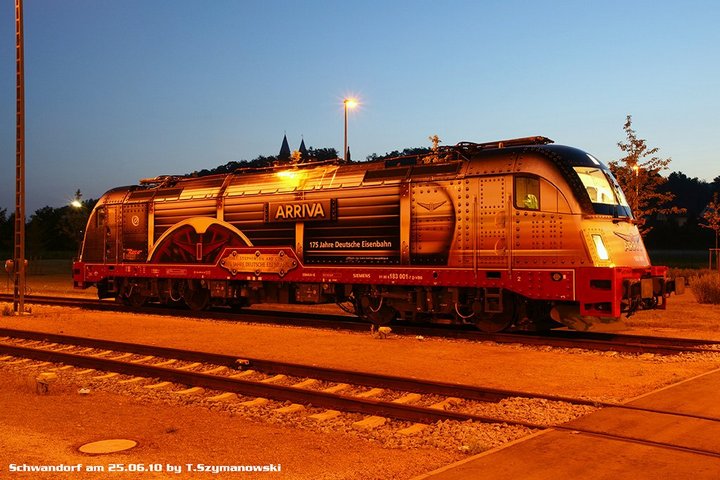 So, the 6,000-hp Class 183 Taurus electric locomotive has been chosen for wearing the Jubilee livery. Its design was commissioned from well-known artist Gudrun Geiblinger who created a number of thematic liveries. The "175th Anniversary Loco" represents the famous British-built Adler that hauled the first train to run in Germany (from Nuremberg to Fürth) in 1835. The graphics used in the design, as the public was told, are parts of the Adler and components of other early locomotives... 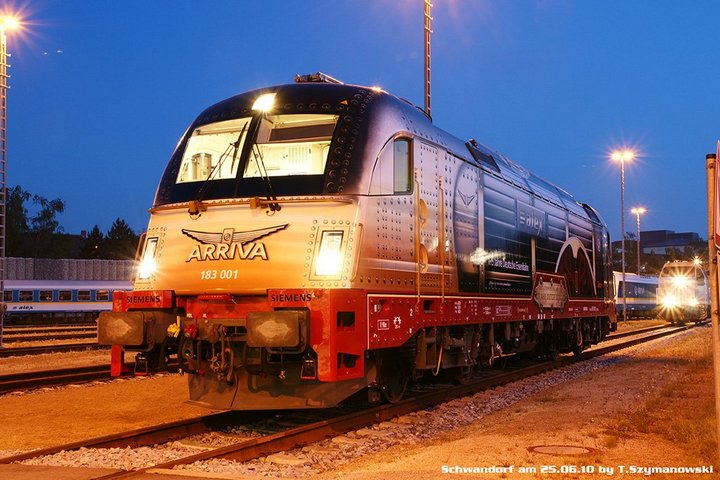 ...but its riveted 'face' with a Deco emblem is uncompromisingly Dieselpunk! 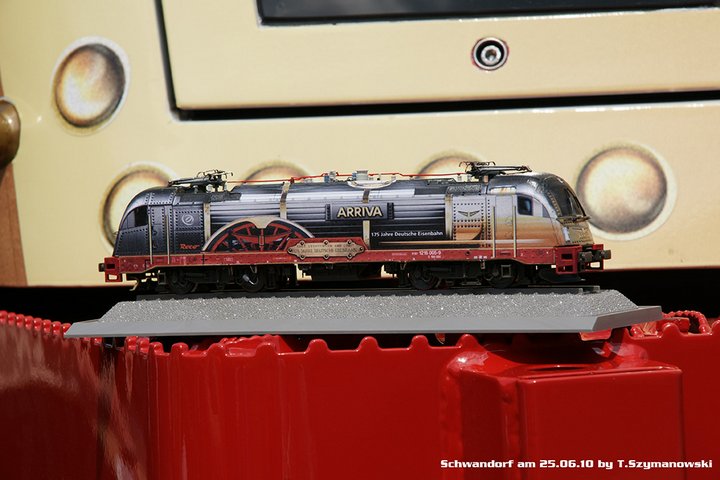 This steam-diesel-electric-kitschy beast hit the railroad in June 2010 - and very soon a "limited edition" Roco miniature appeared, priced rather high, well over €200. You have to be rich to play fancy toys these days, especially if it is a German-made H0 scale model. 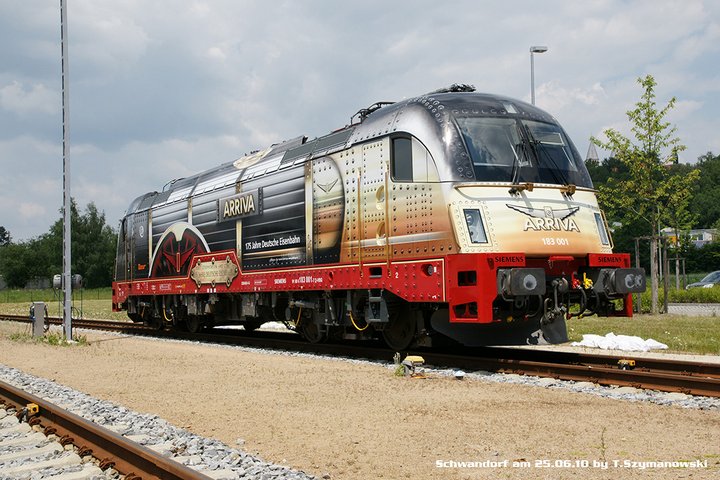 In the meanwhile, Taurus / Adler did its job, running between Regensburg and Munich*. And lots of good railfans had luck to spot and shoot it on a sunny (or not so bright) day. Here are some photos from Flickr: And, just for reference: that's how Taurus 183 001 looks like in its regular blue livery: Comment by lord_k on March 6, 2011 at 2:52pm
Besides, this beautiful (even in its regular livery) loco is doomed - Siemens is going to stop its production soon.