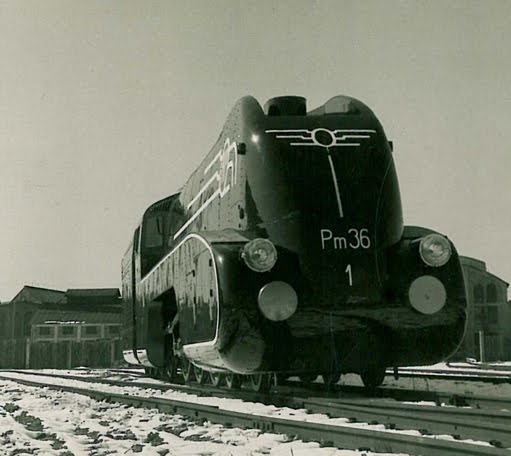 To prove the capacity of Polish designers, the railway authorities decided to develop a prototype locomotive capable of reach superior speeds (over 130 km/h). The project was entrusted to Warsaw Technical University and Engineer Kazimierz Zembrzuski, who developed the model of an aerodynamic train in 1934. 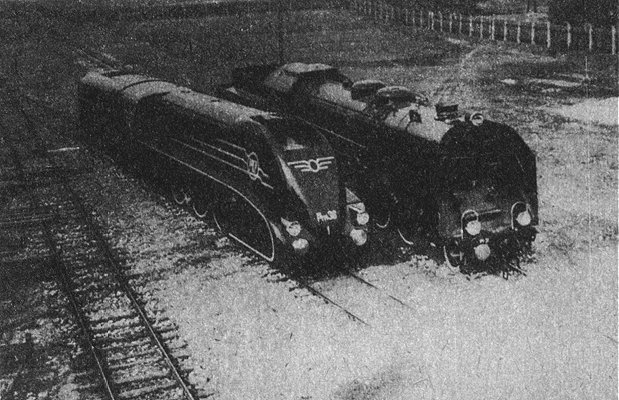 Construction started on September 1, 1936 (exactly three years before the start of WWII). Next spring the machines were ready for tests. The first prototype, Pm36-1, was fitted with streamline shrouding, the other had a rather conventional appearance and weighed 92,7 ton (2,7 ton less than its elegant "brother').

The idea was to test both engines in parallel to compare top speed, acceleration, coal and water consumption etc. 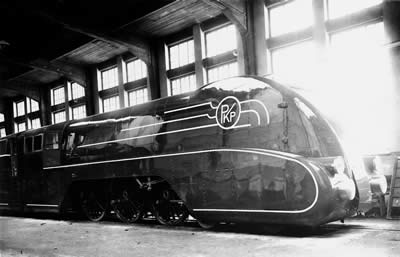 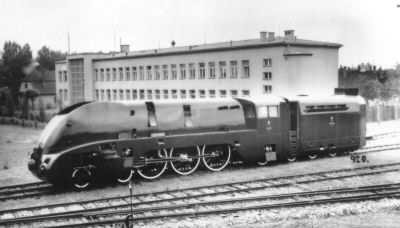 The Pm36-1 won a gold medal at the 1937 International Exposition of Art and Technology in Paris. It exceeded the expectations of designers on the return journey from France, reaching a speed of 150 km/h on a special route of German Railways.

The Pm36-1 was damaged and later scrapped during World War II (in 1942 according to Polish sources; German and some Russian sources insist that it was captured by Red Army in 1944 and worked on Soviet railways until mid-1950s). The non-streamline Pm36-2 survived and worked for the PKP until 1965, when it was given to the Warsaw Railway Museum. During wartime, the machine was listed under the German State Railways number 18 602. In 1995, the Pm36-2, called Beautiful Helen (pl. Piękna Helena), went through a major overhaul and currently it runs on a tourist route in Wolsztyn, a city hosting the only operational network for steam locomotives in Europe. 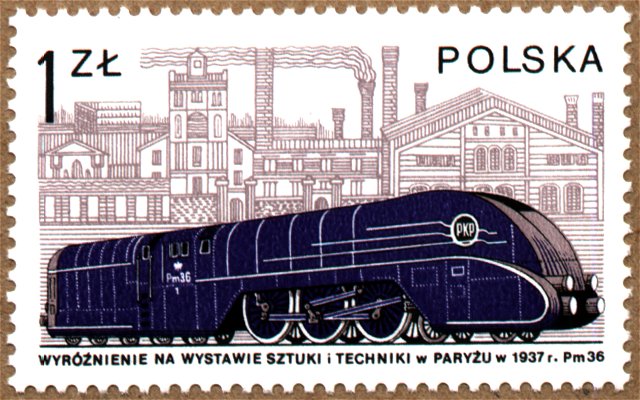 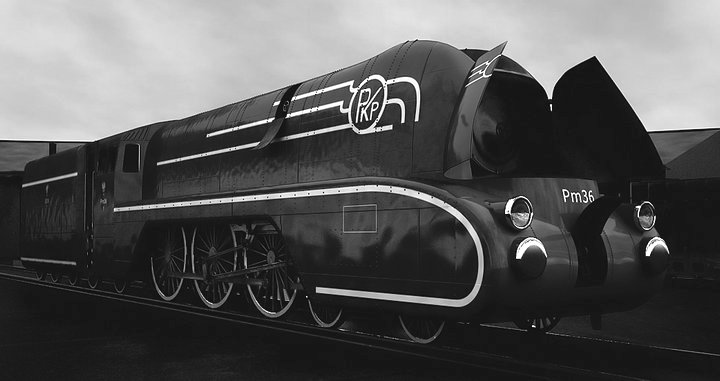 Comment by Andrew V. No on March 29, 2011 at 7:03am
I still pity that the streamlined car that Selvestr Stallone breaks in the movie "Cobra" as mercilessly.

Comment by Pilsner Panther on March 28, 2011 at 9:01am
I'll never think of myself as an "obsolete person." Like many other Dieselpunk-era fans (or inhabitants), I just happened to be born a few decades too late, that's all. I'll only be obsolete when the Coroner hangs a toe tag on me, and not a minute before!

This Scion is thousand times uglier than an average 1930s milk van. But let's talk about beauty, too: 1927. Before the real advent of streamline. Isn't it gorgeous?

In 1969, good old James Leasor published a book titled They Don't Make Them Like That Any More. Now and then I hear a question: "Why don't they make them like that any more?" OK, I'm an old chap, hopelessly in love with the Interbellum aesthetics from the age of 10. Last month I celebrated my daughter's 28th birthday. Probably for obsolete people like me it's only natural to grumble. But when the same question is asked by today's teenagers it means something went wrong. Completely wrong.

Comment by Pilsner Panther on March 28, 2011 at 6:40am
I don't understand why the present-day efforts at streamlining mostly don't seem to work, either. The Chrysler PT Cruiser looked good, but most of the modern knockoffs look— like, well, knockoffs, and very bad ones. Maybe it's just that no one can fill the large shoes of Frank Lloyd Wright, Norman Bel Geddes, Raymond Loewy, Harley Earl, and a few other great architects and industrial designers whose names I can't remember right now.

Comment by Larry on March 27, 2011 at 4:07pm
I'm not a fan of modern streamlining either but it's as though sometimes they don't even try. This is what I had in mind. Talk about ugly.

Comment by lord_k on March 27, 2011 at 12:47pm
And some are streamlined, but I don't like modern streamlining. Probably just don't understand it.

Comment by Larry on March 27, 2011 at 12:46pm
I don't understand why we've gotten away from streamlining vehicles. Other than airplanes it seems like cars, trucks, and trains have abandoned the trend. In fact, some cars now have no streamlining at all. They just look like boots with wheels.