Probably someone will call it a "second-hand Rose": new shrouding fitted to an old choo-choo. Well, the locomotive isn't new, it worked hard for several years before receiving this fantastic outfit. Is it a sin? I am amused by the endless argument between aficionados of two long-defunct railways, the PRR and New York Central. Any decent railfan from Big Apple will happily accuse Pennsy of repainting old rolling stock and calling it "The Fleet of Modernism" while intelligent New Yorkers developed all-new trains like the Mercury and 20th Century Limited. The rivals are gone but rivalry persists. They were big rivals, Pennsy and NYCS, Broadway and Century. Sometimes their streamliners met each other face to face (no casualties!): Both were government-owned. Both employed top-notch designers. Both were trying to increase their revenue by giving Depression-hit Americans not only the best service but also a glimpse of bright future. Who was the best? It doesn't really matter, since both ceased to exist decades ago. And if today Loewy design is featured, it's quite easy to guess what streamliner will arrive to Dieselpunk Central Station next week.

In the realm of steam, the NYCS were more advanced with their mighty Hudsons. However, the Pennsylvania Railroad was the most advanced when it came to electrification, introducing the state-of-art GG-1 electric locomotive in 1935. Anyway, there were important "conventional" routes that required modern stock to remain attractive. Richard Duley wrote: "In the mid 1930s streamlining steam locomotives for passenger service was tried as a way to lure the traveling public back to rail travel and away from the automobile. The PRR turned to industrial designer Raymond Loewy to design a shroud for the Class K-4s locomotive. Loewy and the PRR converted number 3768 into a very fine looking streamline locomotive in 1936. " Class K4, Wiki tells us, was their premier passenger-hauling steam locomotive from 1914 through the end of steam on the PRR in 1957. "Since the PRR had often referred to itself as the Standard Railroad of the World, the K4 has sometimes been referred to as the Standard Passenger Locomotive of the World. The K4s design was successful enough that it influenced other locomotive designs, and not only those of other PRR locomotives. London and North Eastern Railway Chief Mechanical Engineer Nigel Gresley incorporated much of the boiler design (including the tapered shape) into his famous Class A1 Pacific. " Not bad for an "old choo-choo". Loewy's K4 shrouding has lot in common with his later and more ambitious design for the S-1, commissioned in 1937. Not so aggressive-looking as its unlucky successor, the 3768 (dubbed "the Torpedo") can be considered a soft prelude for a hard-rocking Bullet Train: Now, back to accusations. Audiatur et altera pars, like old jurors use to say, let's hear the other party. Here is a short summary published by the Keystone Crossing website:

What was "The Fleet of Modernism"?

C. J. Riley writes, "In 1938, sensing the end of the depression, the management of the Pennsy decided to upgrade its premiere trains. They hired famed industrial designer Raymond Loewy. The result was new streamline train sets from Pullman, and Altoona-built "Buck Rogers" inspired streamlined shrouds for the existing K-4 power. 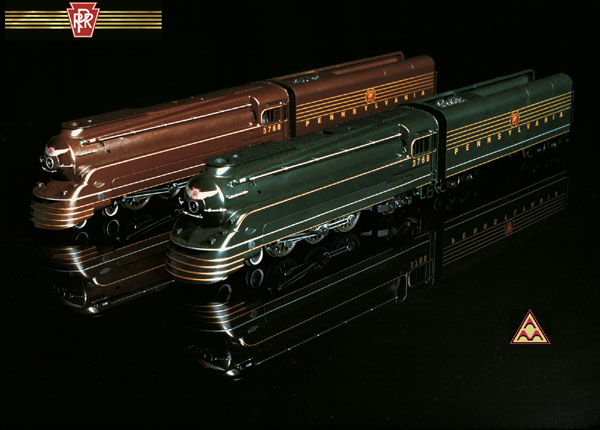 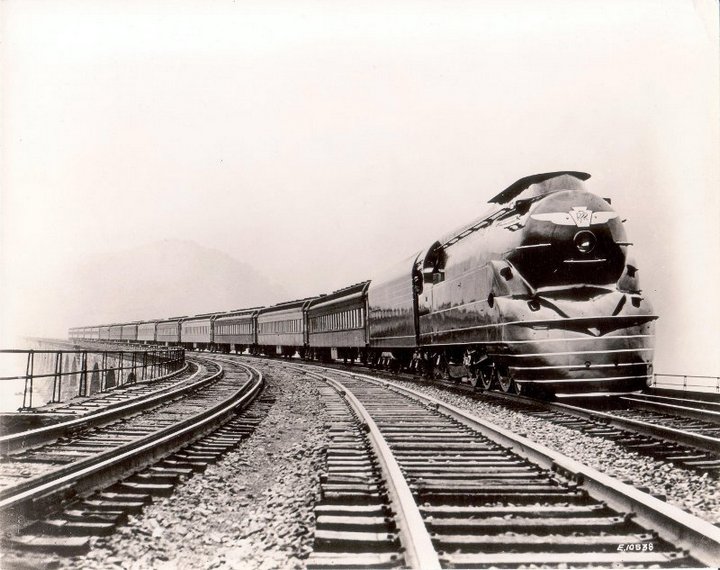 "The PRR purchased 142 painted smoothside cars, to which was applied the new paint scheme. The roof remained Tuscan. A new darker red window band and a series of horizontal gold stripes were added. Many existing cars were retrofitted to the new theme. 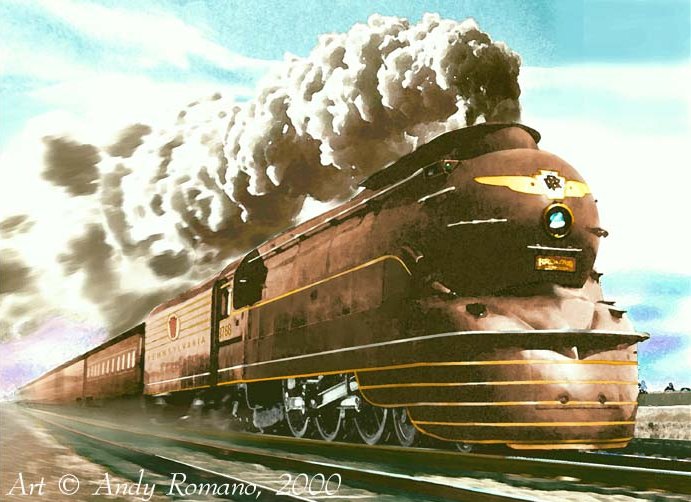 Andy Miller expands upon Riley's description of the new and refurbished equipment: "New Pullmans were built for most of the 'Blue Ribbon' trains especially the Broadway. 10-5s (Cascades), 4-4-2 (Imperials), 18 roomettes (City of's) and 13 double bedroom (County's) cars were built for all of the trains. Also midtrain lounges 3-1 (Colonials) and 6 bdrm ('tree' Falls) and boat tailed observations cars Metropolitan View and Skyline View for the Broadway and 'PRR President' cars for the other trains. 12-5 (Brooks) were also built for all of the trains except the Broadway. This last car is the AHM streamlined duplex sleeper, not to be confused for the post war 12-4 Creek cars which did run on the Broadway. "Diners and coaches were rebuilds from older heavyweights. P70ks were 56 seat long distance rebuilds of P70s. Plans for them appear in an ancient Railroad Model Craftsman. They received streamlied a appearance as did the rebuilt D70s dining cars; although the diners retained the round end to their roofs. 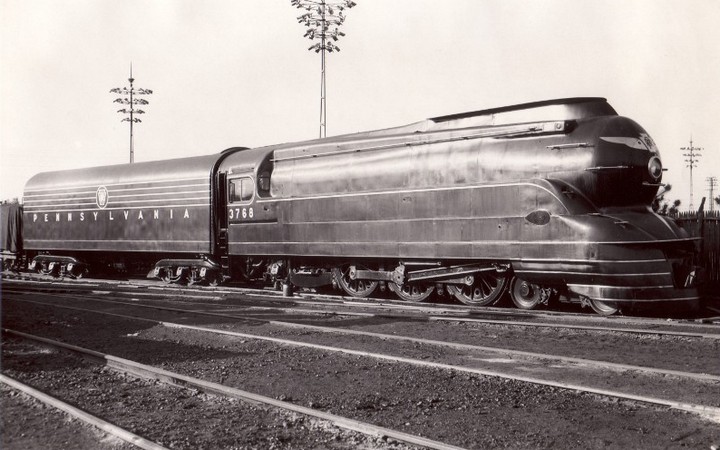 "As someone else mentioned the FOMs were mostly a marketing gimmick and a Loewy paint scheme. Only a few types were unique to the PRR and they were not all new equipment.

"A good chapter on all of this can be found in Arthur Dubin's 'More Classic Trains'."

Dan Cupper notes that the "Fleet of Modernism" moniker for the Blue Ribbon fleet changed over the years, and was expanded to include more routes: "The Fleet was introduced on June 15, 1938, as four trains in each direction -- the 'Broadway Limited' (NY-Chicago), 'General' (NY-Chicago), 'Spirit of St. Louis' (NY-St. Louis), and 'Liberty Limited' (Wash-Chicago). By late 1939, it was expanded to two more trains in each direction, the 'Golden Triangle' (Pittsburgh-Chicago), and the 'Pittsburgher' (NY-Pittsburgh). 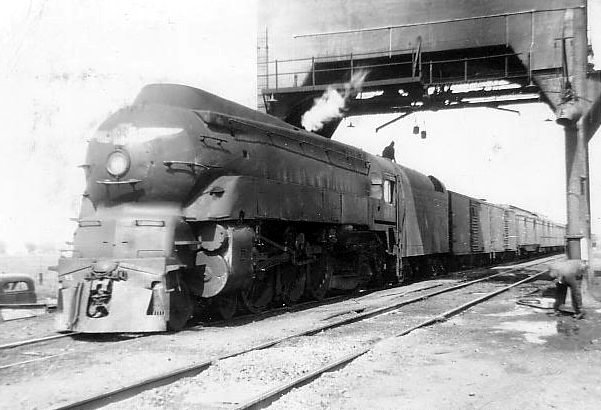 "By mid-1940, the name 'Fleet of Modernism' was retired in favor of simply 'The Luxury Fleet,' and the Advance General was added to the list. This marketing title soon gave way to more generic titles such as 'The Great East-West Fleet' and the 'All-Weather Fleet'. Refer to any PRR Form 1 public timetable published between mid-1938 and early 1940." 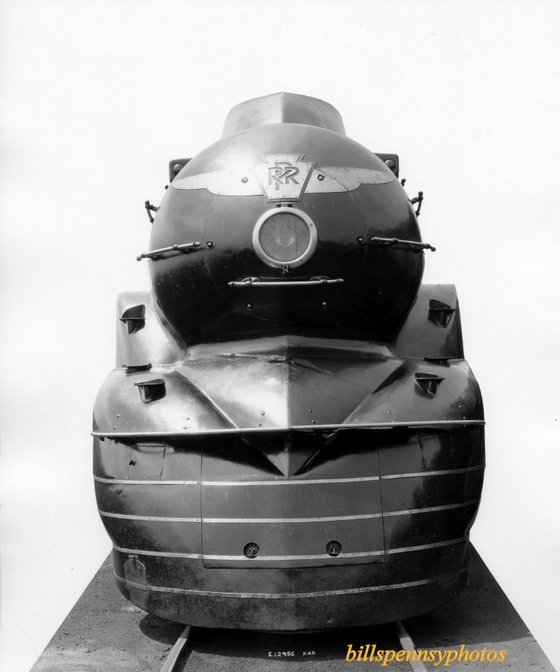 Eventually, all five of the streamed locomotives had their shrouds removed were restored to their original appearance. Another locomotive, number 1188, did not get a full streamline shroud, but did get a boiler top cowling and was dubbed "The Skyline". " 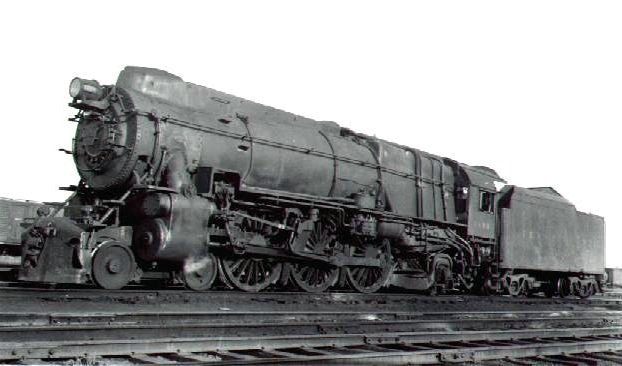 Is the end of the PRR streamline story? No it isn't, there are at least two chapters ahead. But next week has been already reserved for the Loewy Torpedo's great rival. Stay tuned. 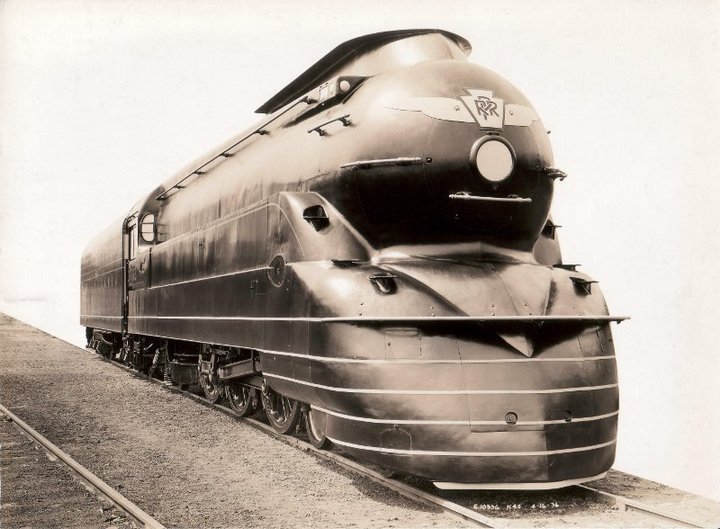 Special thanks to: billspennsyphotos.com,  paul.malon & technogeo @ Flickr and to wonderful people of steamlocomotive.com and PRR Pictures

Comment by lord_k on April 18, 2011 at 7:17am
There's not much of it in museums - of all great American steam streamliners only one is preserved, Britain is lucky to have five (or much more if we include Bulleid semi-streamliners in the list), two are in Germany, one in Poland (German Br.03), one in Spain (semi-streamliner), one in Hungary, at least one in Australia (need to check it once again), two in India (American-built WPs) and...? All French, Italian, Soviet and Dutch "steam-stream" locos of the Interbellum were either destroyed in WWII or scrapped in 1950s.

Comment by Pilsner Panther on April 18, 2011 at 6:10am
Every one of these images is beautiful. Motive power, expertly designed functional engineering, and a profound sense of style, all working together! Too bad that it all ended around 1950 to 1960, and there's not much of it left except in railroad museums.