Different from all-new experimental 05 Class locos, the Class 01.10 (DRG Br.0110) was a development of the Class 01, built since 1925. The Deutsche Reichsbahn needed powerful steam locomotives with a top speed of 150 km/h and the ability to haul trains of 500 tonnes at 120 km/h, as well as trains of 350 tonnes at 100 km/h up ramps with a 5 ‰ incline, for its network of fast D and FD trains. This was more than the existing Class 01 and 03 engines were able to cope with, because their two-cylinder driving gear did not have sufficient reserves of power. The 01.10 had three cylinders. To reduce rolling resistance, the new vehicles were equipped with a streamlined body shell that reached down to 400 mm above the top of the rails. Out of a perceived requirement for 400 locomotives, 204 were initially order in 1939 from all the major locomotive factories in Germany. However, after the outbreak of the Second World War only 55 were eventually delivered. All these engines came from Schwartzkopff Works. The Class 01.10 was delivered to the following locomotive sheds (Bahnbetriebswerke): Leipzig HBF West, Berlin Anhalter Bahnhof, Halle, Hamburg-Altona, Hannover-Ost, Bebra, Erfurt P, Dresden-Altstadt, Frankfurt/Oder PBF, Würzburg and Munich as well as the Grunewald Locomotive Research Office. During the war, some of the locomotives were transferred to Breslau and Kattowitz. In 1944 all the locomotives were moved to western Germany due to the course of the war.

After the Second World War the engines were in a pitiful state. Sections of streamlining were missing and the boilers, made of steel that was not particularly durable, showed the first signs of fatigue. On 20 June 1945 the entire class was retired. At that stage, the locomotives had each driven less than 500,000 km. However, as a result of the overriding shortage of locomotives after the war, the class was partially reprieved, and several engines with minor damage were even temporarily overhauled. However the majority of the engines remained sidelined until 1949.

In the same year it was decided that all the locomotives, apart from one (01 1067) which was finally retired, should be refurbished. As part of this refurbishment the streamlined shells of locomotive and tender were completely removed, and Witte smoke deflectors were fitted. 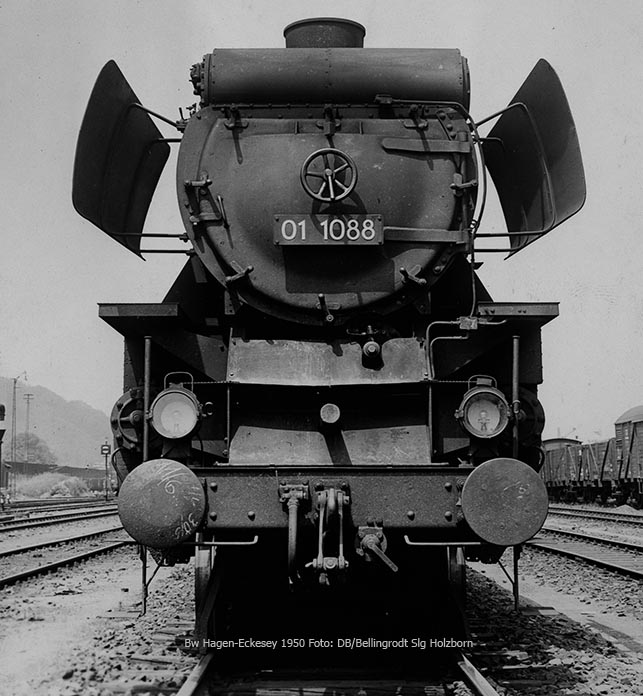 In 1968 the coal-fired locomotives were given the designation 011 and the oil-fired ones the number 012, as part of the renumbering to conform with electronic data processing (EDP). 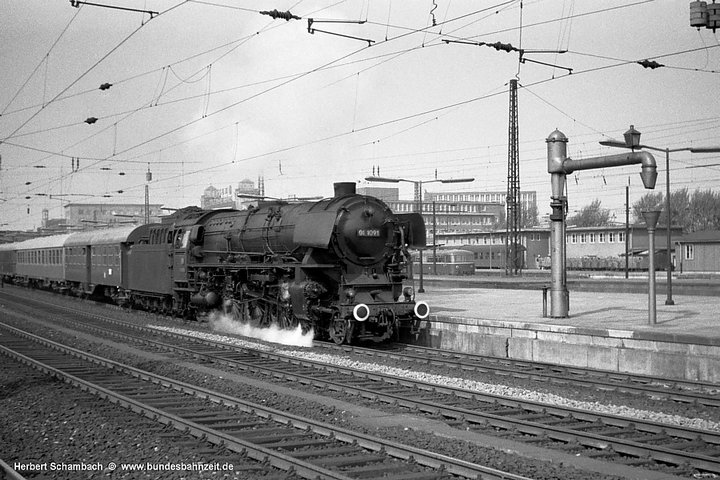 The locomotives were used on all important main lines until their electrification, for example on the Würzburg–Hamburg or Hamm–Hamburg routes. Towards the end they were deployed on the Hamburg–Westerland and Rheine–Norddeich lines. 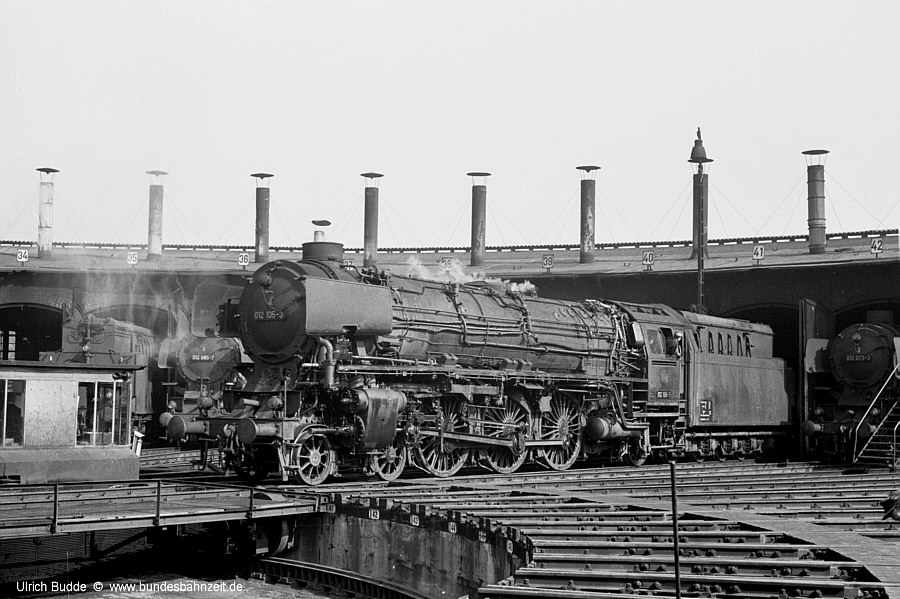 On 31 May 1975 the last engines from Rheine shed ran scheduled services, with a great deal of participation from railway fans, and finally retired. Four preserved, including the 01 1102 of the Transeurop Eisenbahn AG, which since 2004 has however been stood in the open at the Meiningen Steam Locomotive Works (the former Reichsbahnausbesserungswerk Meiningen).

01 1102 was restored to an operational state in 1996 in Meiningen, including being given a streamlined shell with open driving gear. Rather than the original black livery, the locomotive has been painted steel blue.