There was a streetcar named Desire. There was also a steam locomotive named Stalin. Here it is, with a name Iosif Stalin on its "forehead". Without the Cyrillic letters it could be easily mistaken for an American streamliner. In fact, its shrouding has been modeled after the NYC Commodore Vanderbilt. It was built in 1937 at the Voroshilovgrad (now Lugansk, Ukraine) Locomotive Works as a testbed for future aerodynamic designs. A 2-8-4 IS*-class express locomotive was a natural choice for the experiment, being the most advanced (introduced in 1932) and powerful passenger train hauler. 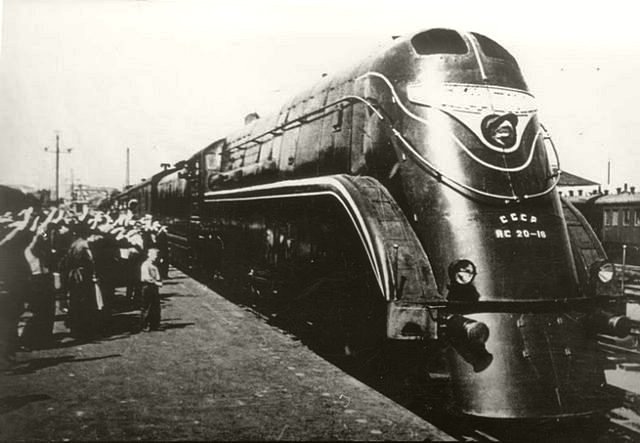 During the tests, the IS20-16 developed 3400 hp and showed remarkable top speed of 155 km/h. It was not only a technical achievement. The first Soviet streamliner had enormous value for the Communist propaganda showcasing the benefits of Industrialization and planned economics. However, a non-streamlined IS locomotive (see above) has been sent to the Paris Expo (1937) where it was awarded with Grand Prix. And you'll be disappointed to learn how scarce are its photographs today, not to mention their quality. 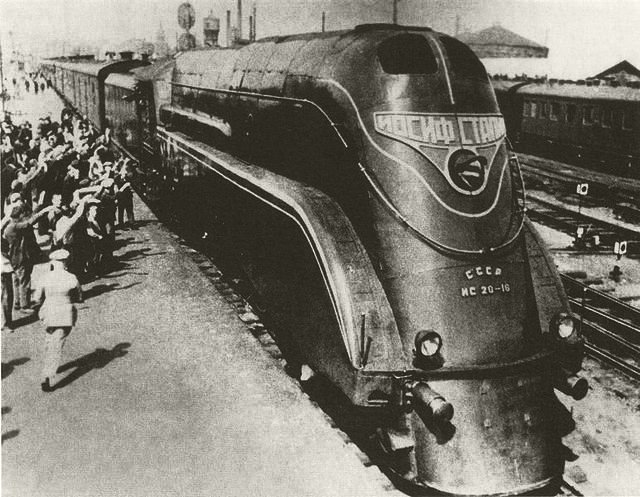 In 1941, soon after German invasion, this locomotive was stripped of its shrouding and transferred to Red Army. There is no service record - probably it was destroyed a few months (or weeks) later.

NEXT WEEK: WHAT MADE MILWAKEE FAMOUS