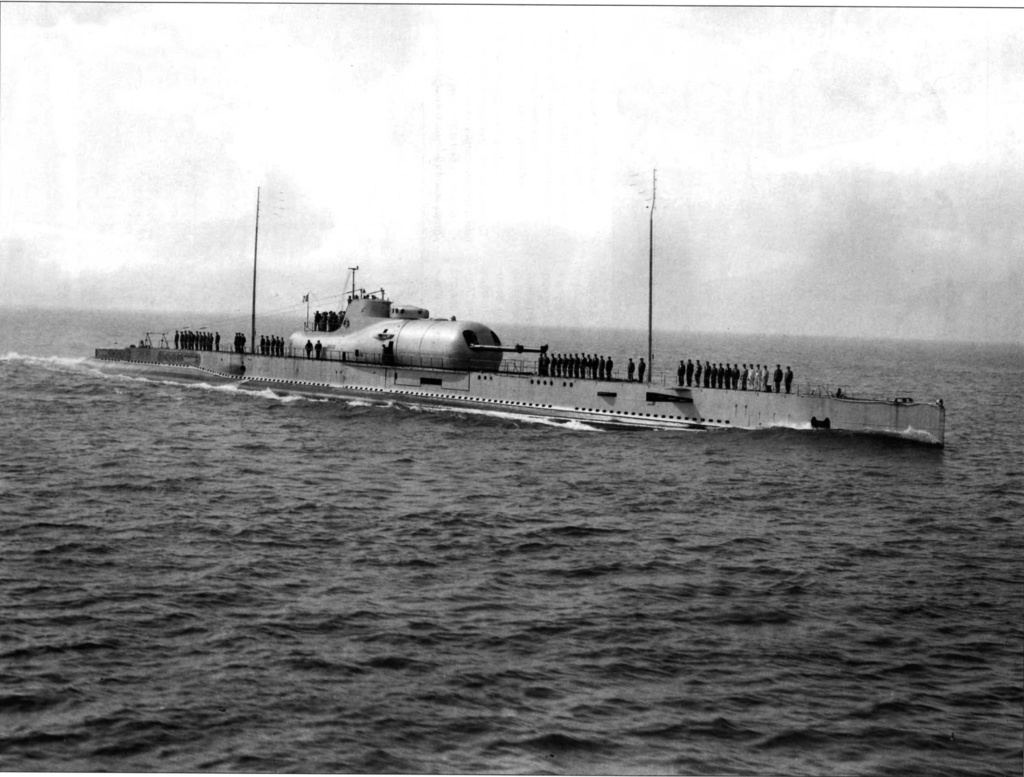 The French submarine Surcouf, launched in 1929, was 361 feet long, and at 3,304 tons was, at that time, the world's largest pre WW2 submarine. Two Sulze diesel engines and two electric motors were used for her propulsion, she could cover 10,000 miles at 10 knots, submerged speed was 8.5 knots, but on the surface she was capable of reaching 18 knots.

This huge submarine carried twin 8 inch guns in a single turret, quite a formidible armament for a submarine, and in a hangar aft of her conning tower was an observation aircraft, a Marcel Berson-411, capable of a speed of 100 knots with a range of 400 kilometres. A cargo of torpedoes, 14 by 500mm, and another 8 by 400mm added to her fighting abilities. A 16 foot motor boat was also on board.

On 18 February 1942, Surcouf was lost with all hands. An official joint U.S. and Free French report stated that she left Bermuda on 12 February and was accidentally rammed and sunk by the American freighter Thompson Lykes off the north coast of Panama near the Panama Canal. The report states that the accident was due to both vessels running at night with no lights because of the menace of German U-boats. A later French investigation commission stated that the Surcouf had been sunk by US planes in the morning of the 18th in a "friendly fire" accident in the same area.

Comment by Twizard on January 8, 2011 at 3:55am
Like Red, it reminded me of the Japanese submarine carriers.  I didn't know any of these survived the first year of the war.   I thought they were all scuttled

Thank you for this great photo!  It's beautiful.

I also appreciate the article, because a photo is only as good as the story behind it.