Ted Raimi is bringing radio horror back with style 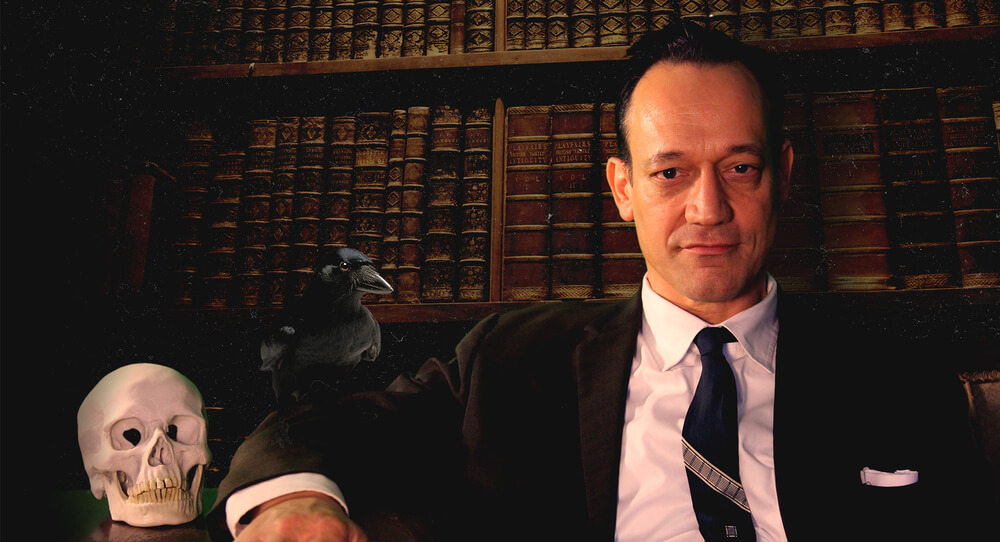 Like a mix between Tales from the Crypt and Dieselpunks' own Cap'n's Cabaret, each episode of Deathly Spirits finds Ted in his rotting Edwardian home telling a frightening story and mixing a craft cocktail to steady the viewer's nerves.

"There's plenty of shock-horror out there," Raimi says. "I didn't want to do another one of those. I wanted to marry my love of acting with my love of radio horror dramas. They affected me so much when I was young. When I was a boy in the '70s, the last of the old time radio horror dramas was still on, The CBS Radio Mystery Theater hosted by E. G. Marshall. Every week Marshall would begin by announcing in his deep, creaky voice, 'Welcommme.' That would scare the hell of me. That's how I start every show."

The show is produced by Ted and his company, Spooky Voodoo Pictures.

Deathly Spirits is shot with the help of former Diggnation and The Totally Rad Show star Alex Albrecht. The theme music was composed by David Royal.

Raimi is best known for his hand in TV's Xena Warrior Princess, and Supernatural. On the big screen he can be seen in all three Spider-Man movies, Midnight Meat Train with Bradley Cooper, Candyman, and The Grudge.