The art of David Uhl 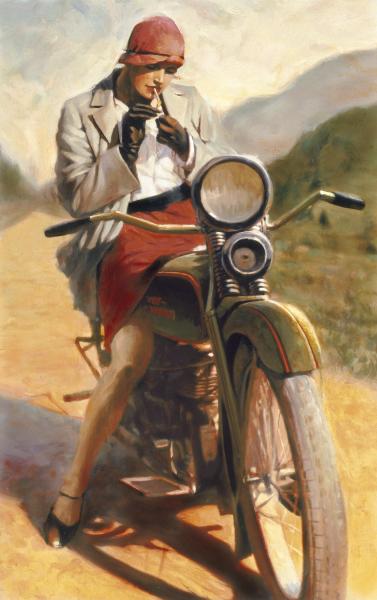 Early on David began creating amazing drawings and, by high school's end, had decided to pursue a career in art. He applied for, and won, the only full-ride scholarship to the Colorado Institute of Art offered to a high school senior in the U.S He was dissatisfied with the design programs the school offered, yet he excelled at the life drawing and illustration classes. Leaving school after one year, he focused his talents on commercial illustration, eventually forming David Uhl Illustration, an award-winning firm servicing many prominent clients such as FedEx, IBM, Coca-Cola and Time magazine.

Acquiring a motorcycle in 1988 and riding to Sturgis South Dakota, David saw first hand the culture of cycling enthusiasts. He entered the world of Harley-Davidson® apparel (t-shirt designs) with great success. Yet, after a time, David felt there was something missing, artistically.

In the beginning of 1996, after 20 years of producing drawings for commercial clients, David entered the world of oil painting. This radically changed everything. Developing his own unique style, he focused his attention around the turn of the century.

In 1998 David conceived of a brand new, yet timeless avenue for Harley-Davidson art; museum quality oil paintings. Harley-Davidson, exhibiting nearly a century of history at the time, was the perfect match. David researched motorcycle imagery from the 1930s and '40s. This led to his first work; A Change in the Weather.

He flew to Milwaukee to present the painting to Harley-Davidson executives. Over a hundred paintings later David feels he is still in the infancy of his painting career. David's artwork is displayed throughout the world, and sought by serious art collectors and celebrities alike. Charles Osgood, of CBS Sunday Morning with Charles Osgood, referred to David as "The Norman Rockwell of Harley-Davidson artists." View more of David's paintings in the Dieselpunks gallery at: http://www.dieselpunks.org/photo/albums/the-art-of-david-uhl

Actually David based the picture Ruby on a photograph from the 1920s. Although I can't find it now, his painting is almost a direct reproduction. Ironically I believe she had a number of guys telling her she shouldn't do that back then as well. Still y'know these thoroughly modern Millie types, they never listen to a damn word you say... 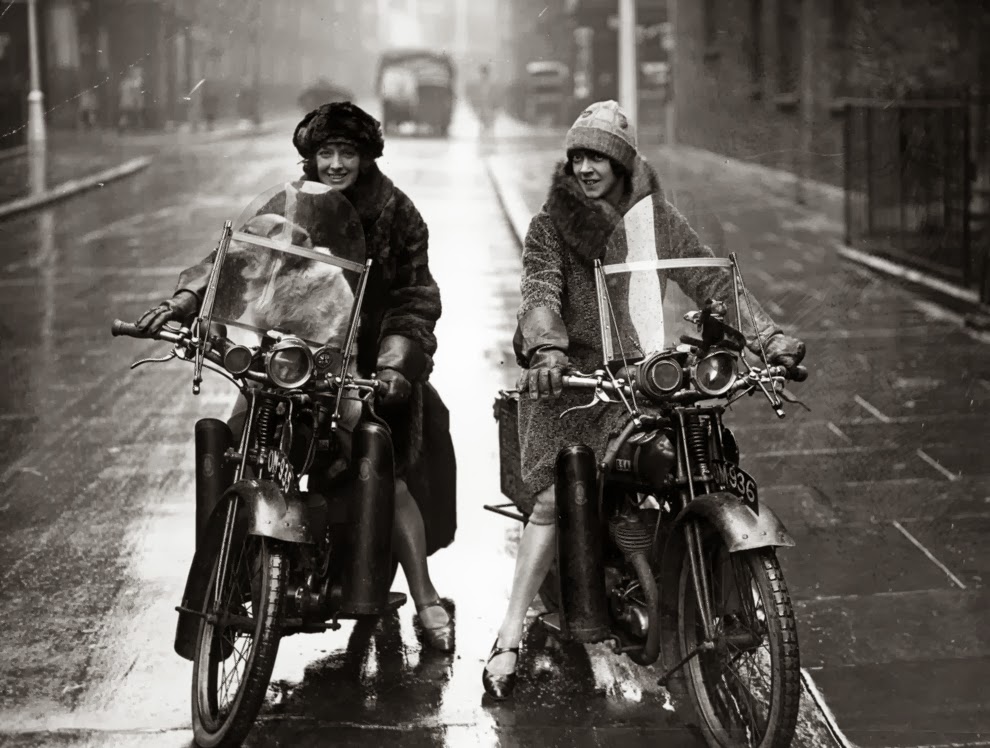 Comment by Tome Wilson on December 12, 2014 at 7:26am
Well, it's artistic license for the biker crowd. If you look through the gallery, he does have more than a few historically accurate paintings based on reference photos from the time.

certainly the girl in the skirt was not supposed to ride a bike. in the 20s and 30s, when a lot of women joined the motorcyclists ranks, they wore trousers of course. ditto the shoes. please.