One of the real pioneers in early application of causal positron energy was inventor Edwin Gray of Van Nuys California. In WWII Gray learned of radar during his tour in the U.S. Navy, having previously attended advanced engineering school in the Army until discovered to be under age (15) and discharged. After the war, by 1958 he had learned to perform what he called "splitting the positive", using "cold electrical energy" as well as the normal positive electrical energy. His first motor was operating by 1961. Preparing to put units into production, in 1974 the Los Angeles District Attorney confiscated all Gray's records and prototypes. To escape bogus charges, Gray later pleaded guilty to two minor infractions and was released. His prototypes were never returned. After several mishaps, moves, and more prototypes, Gray died in Nevada under mysterious circumstances on April 1989. 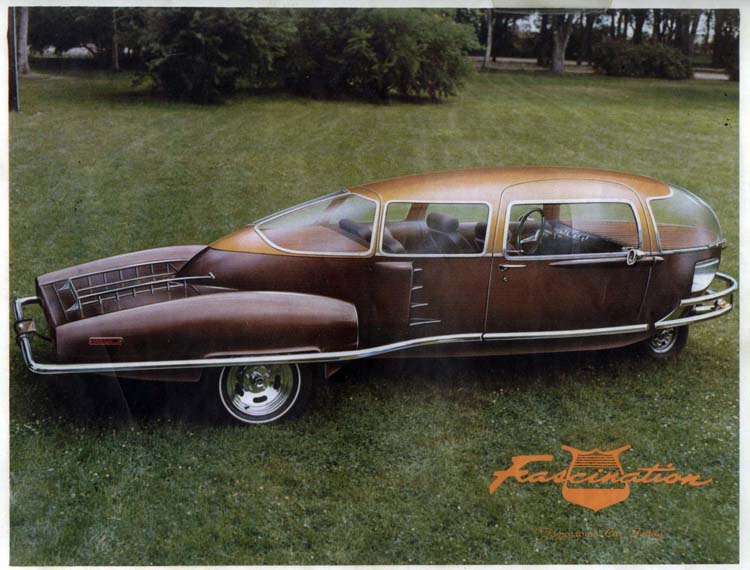 The Fascination Car was the brain child of Paul M. Lewis, of the Highway Aircraft Corporation. It was developed with a standard engine, but he wanted to power it with ANYTHING that didn't burn gasoline. He was in negotiations with Ed Gray for a while to use the EMA Engine, but that fell through. He then approached Joseph Papp for his plasma engine. Ultimately, neither the engines or the car were ever produced. 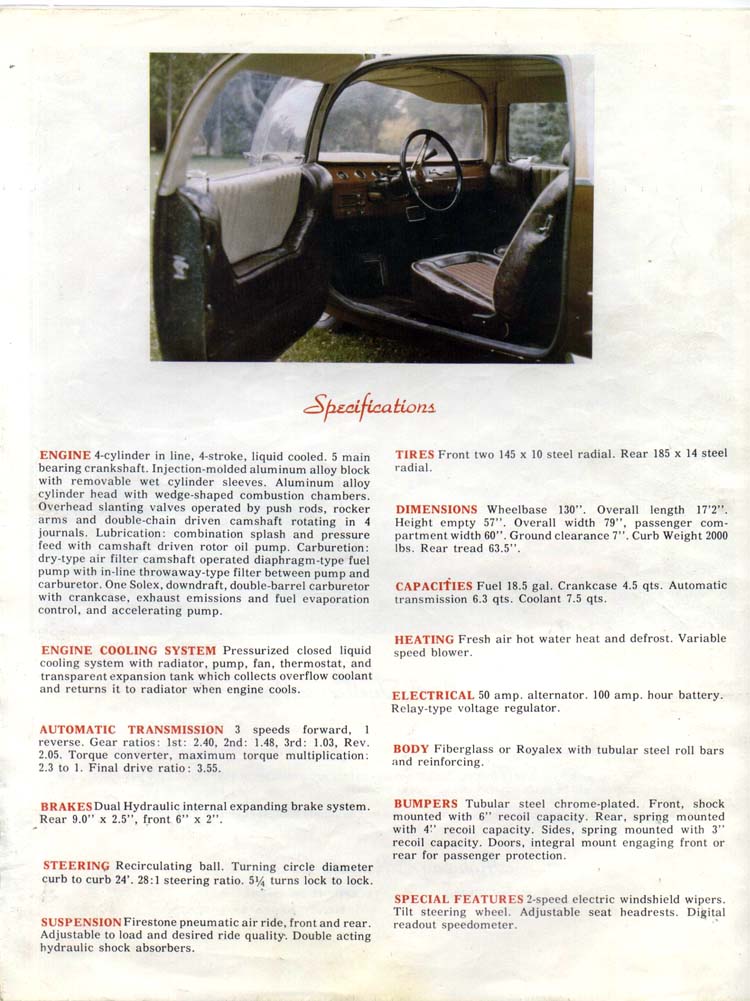 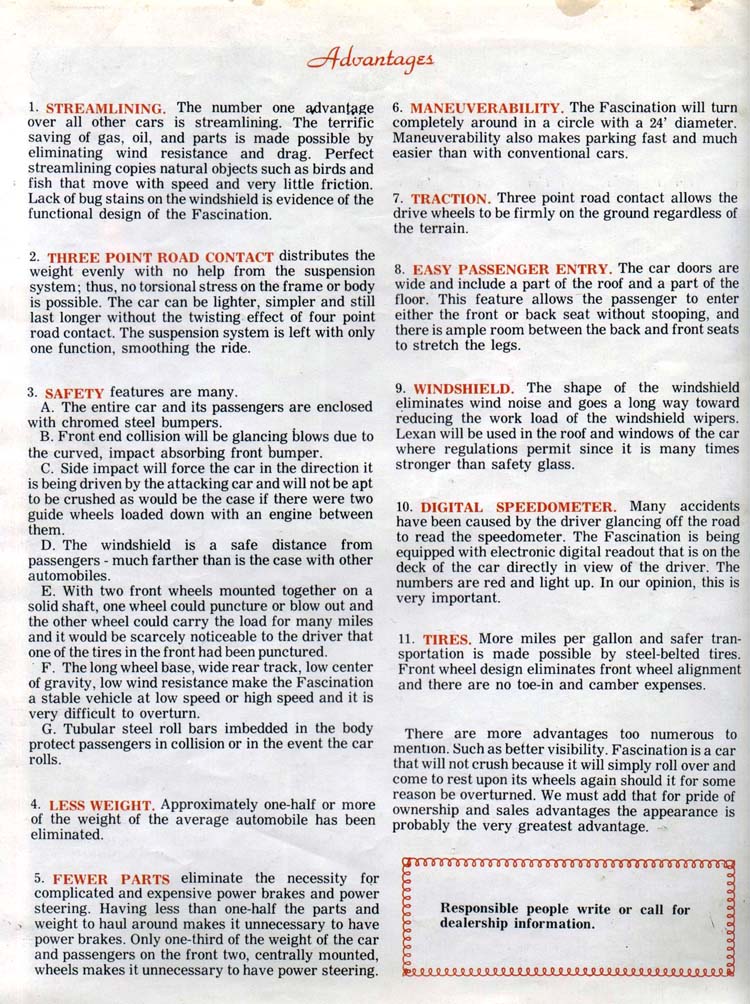 Comment by Tome Wilson on March 14, 2010 at 8:48pm
That really looks like a future car. George Jetson's living room on wheels. I wonder where it is now.