Metamorphosis - From Moth to Dragon

It started as a moth and evolved into a dragon. Under the steady guidance over four decades, pioneer Geoffrey de Havilland, designed and crafted sturdy and reliable aircraft that changed the face of aviation. If I could personify them they all looked very content and classically British.(I almost expect the aluminum cowling to be held down by highly polished leather straps and buckles.)

The first Moth was theDH60 a straight-winged biplane two-seater. To enable storing the plane in small spaces, the DH.60's wings could fold backwards against the fuselage. "Like a moth" remarked Geoffrey de Havilland, who was an avid lepidopterist and so the plane was nicknamed Moth from the drawing board on.

If you will notice, the engine sticks up into the pilot's forward view. De Havilland also designed the four cylinder 122 hp air-cooled engine and called it, "the Gipsy." In later aircraft he would invert the engine so the bulk of it would not be in the pilot's view. 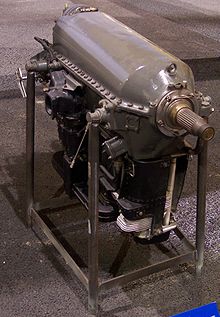 Geoffrey, surmised the real future of the aircraft industry was passenger and freight service. He set out to build an aircraft where passengers could ride inside and not have to wear sheep lined leather clothing or helmet and goggles. 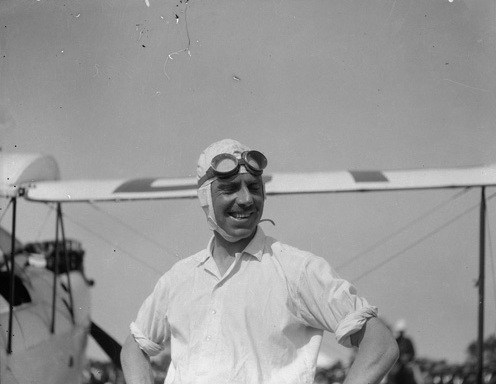 The aircraft was designed late in 1931 as a low cost and economical light passenger aircraft. Many components including the engine, tail plane, fin, rudder and wings were identical to those being used for the de Havilland DH 82 Tiger Moth.then being built in large quantities as a military trainer, which were fitted to the purpose-built wooden (longerons: ash forward of the pilot, aft Sitka spruce), plywood covered fuselage. The pilot sat in a raised cockpit behind the small enclosed passenger cabin, which was usually fitted with three seats for short range hops. 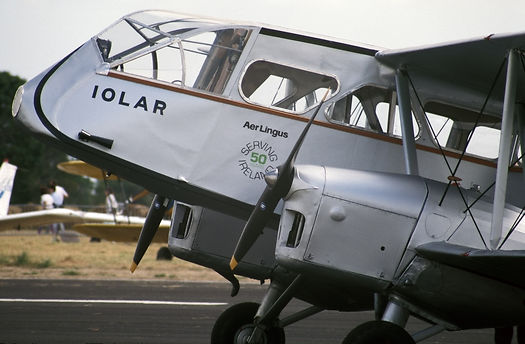 The de Havilland DH.84 Dragon was a successful small commercial aircraft designed and built by the de Havilland company. It was originally designated the DH.84 "Dragon Moth" but marketed as the "Dragon". The prototype became the first production example and entered commercial service in April 1933. 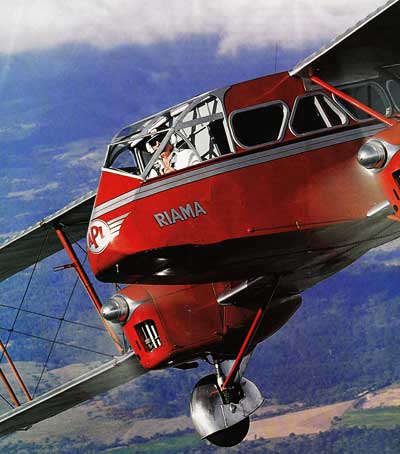 It could carry six passengers each with 45 lb (20 kg) of luggage on the London-Paris route on a fuel consumption of just 13 gal (49 l) per hour. The Dragon proved very attractive as a short-haul low capacity airliner. Following the end of the Second World War, surviving DH.84s were released into commercial service and a number are still flying today. 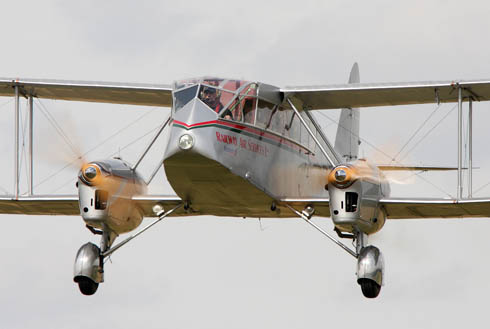 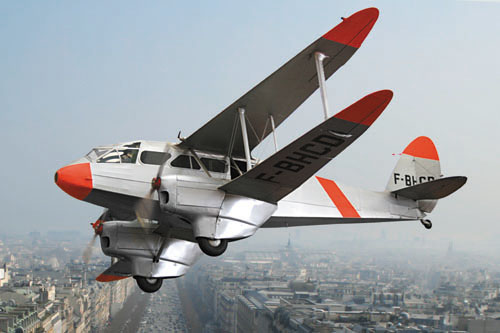 The DH-89 was faster and more comfortable successor to the DH-84. With its 6 cylinder de Havilland Gipsy Major engines and its fairing over the wheels it was faster, thus the name Rapide. Ah yes, flying was so much more romantic in the 20s, 30s,and 40s.You flew by Deep Muscle Sense(DMS) otherwise known as "seat of the pants." If the engine increased RPMs, you were diving. If it got louder and slowed down, you were climbing. The same is true if you were getting lighter or heavier. You could follow roads to your destination and fly close to the ground to give farmers and motorists a thrill. 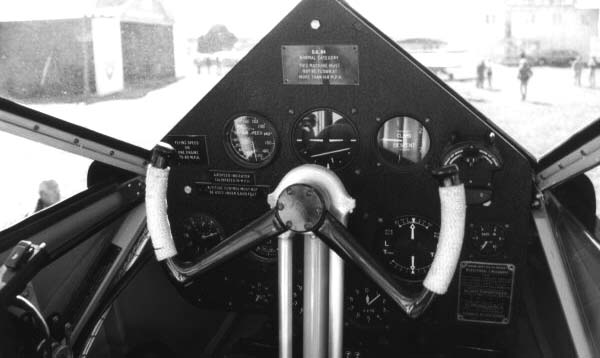 The Dragons were so well designed and crafted that many of them are still in service in parts of the old British Empire. The first airliner in the Qantas was a de Havilland. 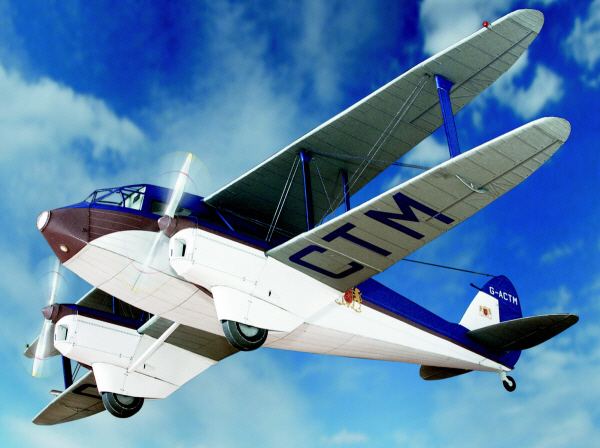 I salute pioneer Geoffrey de Havilland for his love of insects and his skill as a designer and craftsman of airliners. 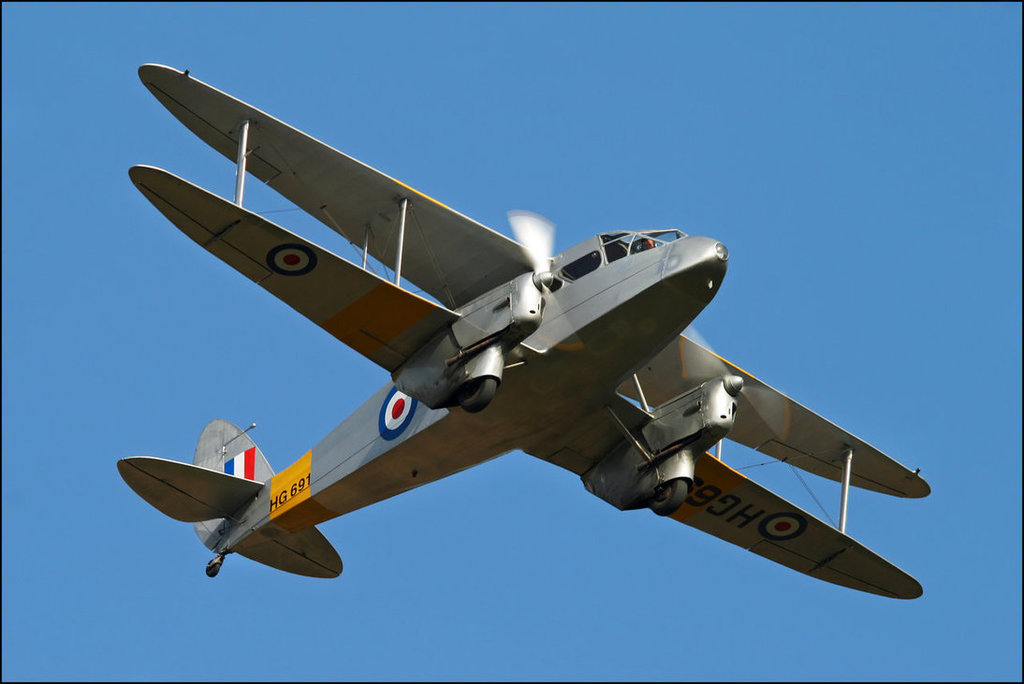 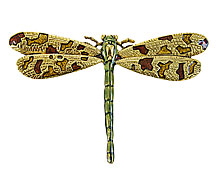 A Dragon Rapide was famously used by Francisco Franco at the beginning of the war when he flew from Morocco to Spain.

Here is a Dragonfly in Republican colors

Source:Aircraft of the Spanish Civil War

(Shows every aircraft of the war with authentic color schemes)

I have heard that the Dragon was used as a transport or bomber by the Republicans in the Spanish Civil War.

On the contrary lord_k, it is I that thank you for completing the Dragon cycle.

I still look at these planes and see the inverted engines first. This means dry-sump lubrication and checking for oil filling the space between the piston head and the bottom of the combustion chamber. The compressibility of oil is nil. This would cause hydraulic lock which breaks or bends primary structural engine parts.

Each engine needs to be pulled through 2 crankshaft revolutions before ignition. You can use the starter motor or hand pull the props. (Thanks for letting me talk like an old flight engineer)

I only want to add the ultimate development of the Dragon - the four-engine DH.86 Express: