On my 16th birthday I was awarded a California Driver's License and my father gave me a 1949 MG Midget. The only things I loved as much as sporty cars were classic firearms.The first place I drove was to a gun shop in Culver City,Ca. It was called Martin B. Retting's "Ye Old Western Hunter." This was 1956 and at this time Retting was a major collector and the gun shop was the 5th largest private arsenal in the world.

It was there that I viewed my first (and last in real life) C-93 Borchardt DWM pistol. This was a time when you could buy a brand new WWII Webley service revolver for $5 or an "only dropped once" Mannlicher-Carcano carbine, 6.5mm, for $7.50. I was shocked to view a fairly worn out C-93 for $1850.00. I was told it was very rare and that I probably would never see another. They were correct.

Although Hugo Borchardt invented the C-93 semi-automatic pistol in 1893, his design was a major influence throughout the Dieselpunk era. 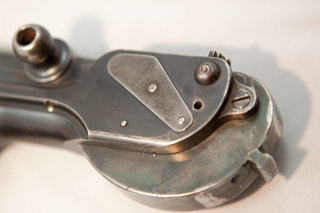 In 1860 he emigrated to the United States from Hungary and became a U.S. citizen. He worked for Colt, Winchester and became the Superintendent and treasurer for the Sharps Rifle Company. He also worked as a consultant to Remington arms. 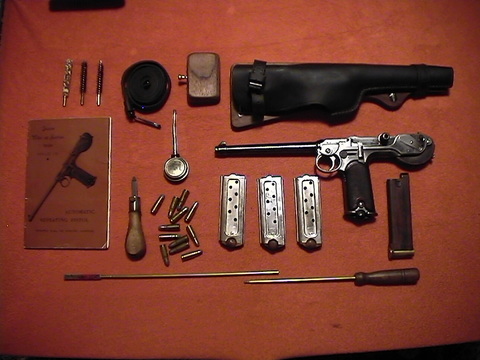 The Borchardt C-93 was the first semi-automatic pistol to be made in appreciable numbers. The pistol used a toggle lock system, which meant that when the gun fired a two-piece arm rose and flexed as the gun recoiled, thus allowing the breech to unlock and release the empty cartridge case. There were initial problems but with the input of George Luger, an engineer associated with the Deutsche Waffen und Munitions (or DWM), there evolved a new pistol that featured a refined toggle breech mechanism. Although it was accurate and rapid, the Borchardt pistol was expensive to produce and unwieldy to handle due to its almost vertical grip. Furthermore, its recoil was unexpectedly powerful. Georg Luger studied the Borchardt design and developed the Luger Parabellum (for war) pistol in the late 1890s. This was mostly copied from the C-93 design. 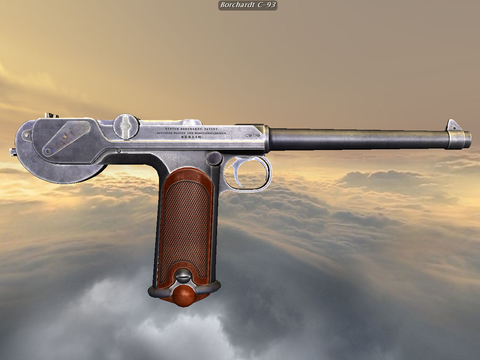 Because of his innovative design and being the first to manufacture this pistol in numbers greater than 10, Hugo Borchardt is known as the father of the semi-automatic pistol. The toggle-lock action was the main pistol used by Germany in two world wars. 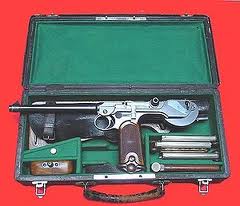 So - Familiar to most devotees of war films, the Luger pistol, with its curved grip and toggle action, remains a favored military collectors item. The basic design of the Luger pistol owes much to an American engineer, Hugo Borchardt, who refined a toggle action previously used with rifles to function semi-automatically in a handgun model that changed the world.

Thanks for sharing! Some GREAT photos! Been in love with this pistol since the first time I ran across photos of it years ago.

From what I understand after talking to Martin B. Retting in 1956, the pistol had an unexpected kick. Because 1/3 of the mass was behind the grip it had near perfect balance.  The gun jerked upwards on firing, but returned to its original position because of the moving weight of the toggle action. The result was a nice tight pattern on rapid fire.

Hard to believe this was crafted in 1892.

I don't think we will ever see one being worn on the hip or fired in a movie. There were 2,200 made yet still they are considered rare. Rarer yet was the 1902 Luger Carbine built by Georg Luger and Hugo Borchardt. There were only 50 of these beautiful weapons produced. You can tell the transition from the C-93 and the Dieselpunk era Luger. 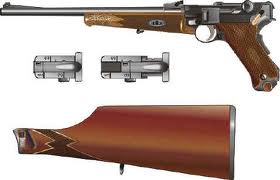 There was one on display at the San Francisco Gun Exchange for years, it is not a small weapon.

What an odd silhouette.  I've never even heard of this pistol before.