The Voice of Diesel City

Lots of things about Diesel City have seen said and written on these latest weeks, in lots of places, by lots of people. Sure enough, most of them were nice things, making me feel so very proud.

One voice was missing, though, the voice of someone who definitely has something to say about Diesel City. Someone I'm so happy and honored to have the name of bound up with the whole Diesel City project. Someone, though, who was never to give himself the credit for all his hard, wonderful work, would Larry and Johnny hadn't make his voice heard through their great Diesel Powered Podcast http://dieselpoweredpodcast.wordpress.com/

That someone is no other that our host Tome Wilson and I'm sure you'll be as thrilled as I was to hear him talk live about his great role in Diesel City: http://bigdaddycoolshows.podomatic.com/

Tome is the voice of Diesel City, the American voice of Diesel City at least and, in more than just one way, Diesel City sure wouldn't "sound" the way it does without Tome's literary talent and dedication to the project. By no mean, Tome ever made any servile translation of the original French text. That wouldn't be doing justice to him, either, to say that he just adaptated it to the American audience and culture. Tome brought to the book his own sensitivity, his extensive, intelligent grasp of the entire Dieselpunk culture (the footnotes of the book are, among other things, an anthology of the noir cinema thank to Tome), his great sense of humor, his knack at writing in the Raymond Chandler's style (he who has not read a noir story by Tome hasn't read a noir story at all) and, well... all the amazing, generous personality he puts in everything he does and warmly greats everyone with.

In that interview, Tome said some things of his work about Diesel City. He didn't mention, though, how he spontaneously offered his collaboration on short notice, at the busiest time of the year, when he had already so much on his plate. He didn't mention all the hard time I gave him with my endless, clumsy English sentences or how he worked about the book during Thanksgiving and Christmas time and even while he was sick! And yet, when you read Tome's writing, it all flows naturally, like if from itself, bringing the pictures to life, conveying at each page the right feel for the right image. Shall I mention that Tome's writing is so perfect that the professional American proofreaders in charge of checking out the final copy of Diesel City barely have been able to suggest a couple of possibly debatable semi-colons? I will. I do.

I guess I was wrong when I just said Diesel City wouldn't have been the same without Tome. More accurately, there wouldn't have been any American version of it at all without Tome, so you guys, on your side of the pond, own it to him. Anyway, would you plan a trip to a place called Diesel City, WHO would you want to have as a travelling companion??

So, Ladies and Gentlemen, the Voice of Diesel City, my precious friend... Tome Wilson:

With many thanks again to Johnny and Larry for interviewing Tome so brilliantly. 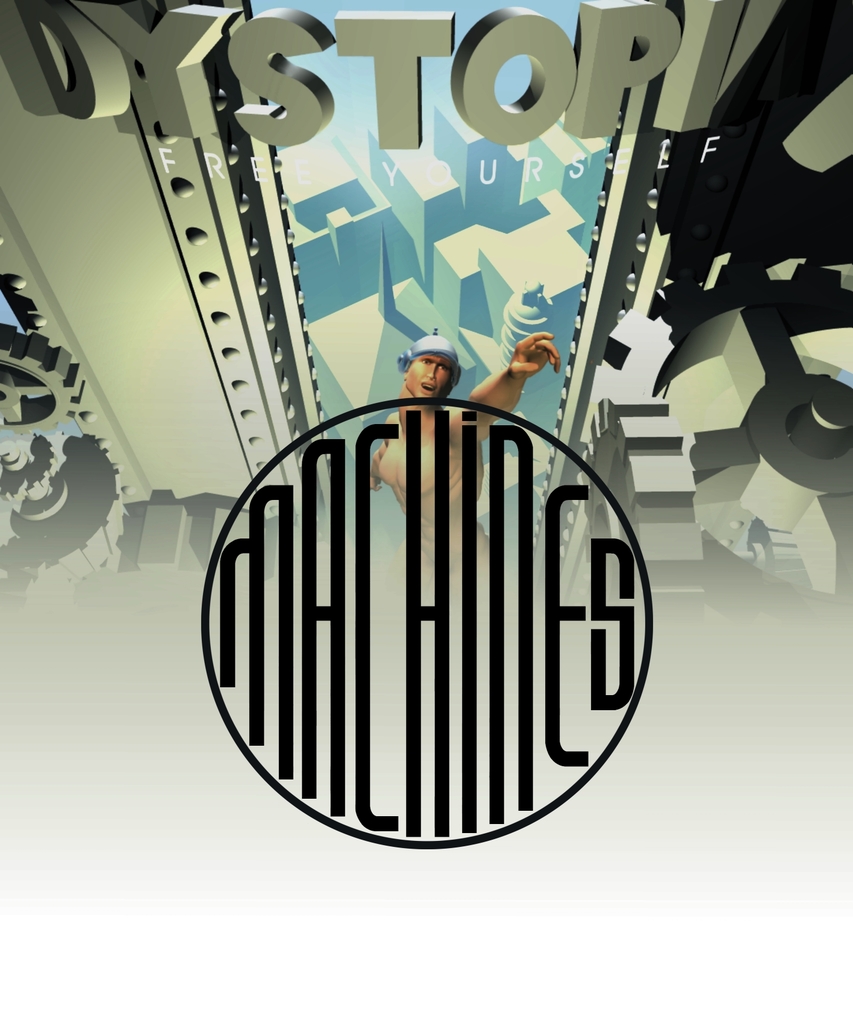 Illustration: Dystopia Title-page of the "MACHINES" Chapter of Diesel City

Definitely was a top notch job all around. I'm very proud to own my (limited edition) copy...

You've outdone yourself with this one, Stefan! The three-point perspective is just beautiful, especially the lettering at the top.

Acolades are well deserved all around.  Tome, Stefan, I can't say enough about the book, images, text, and formatting.  Tome, Stefan is exactly right: you made that flowing English version happen, regardless of how much was translation and how much you, and for that we Anglophones are forever thankful!

And thanks to Larry and Johnny D. for spreading the word!

It was an honor to have both of you, Stefan and Tome, on our show. Thank you so much.

How is it that you can gush over me, but I have to hold a gun to your head to write a three sentence bio for the back cover?

If anyone deserves credit, it's you, Stefan.  Your images, your inspiration, and your imagination brought Diesel City to life.