The World of Tomorrow 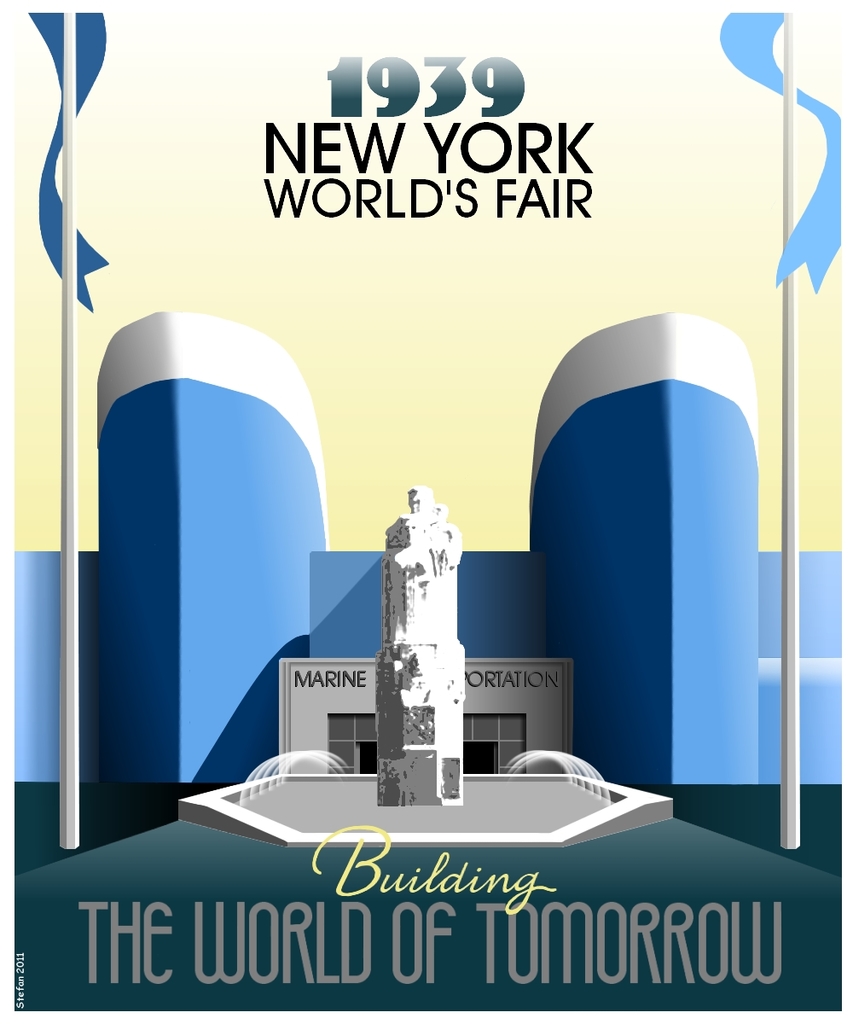 There is, I think, something sadly ironical - and the same could be said about the 1937 Exposition Universelle in Paris - in the fact that the fair conveying most the hope and faith in The World of Tomorrow happened to be held on the very same year the almost entire world sunk into what was to be the worst conflict of modern era.

The picture is (loosely) based on the Marine Transportation Building, at the 1939 New York World's Fair. Twin ship prows, each 80 feet high (30 feet higher than the nose of the Normandie), gave a nautical flair to the main entrance. Sea effect was further enhanced by boat decks, 150 foot mast and a large basin for display of yachts and cruisers. Architects of the building were Ely Jacques Kahn, William Muschenheim and Morrison J Brounn.

Comment by Cap'n Tony on January 11, 2011 at 10:09pm
Love the composition and the vintage feel of the almost-pastel colors! I agree with the others about the statue...maybe a little more contrast in the statue's shadows to help define the figures?

Comment by Larry on January 11, 2011 at 8:11pm
I love the color scheme, love the way there's a fade into the title and the fountains. Like Tome, I was a little loss on the statue.

The statue, actually a group of figures, originally standing in the fountain featured in some very stylized, 40's style a man in the background holding a child on one harm, in some sort of Saint-Joseph-like stance, a female figure standing in front of them, all three of them wearing long, antique style dresses. The whole group, although it strangely evokes some religious Trinity, probably stands as some (slightly stereotyped) allegory of the traditional family, the way artists, especially when they were hired for governmental purposes, like to picture them, then : labour, patry, family, etc...

There was also some rather indistinct squatted figure on the pedestal, otherwise adorned with geometrical patterns.

Comment by Tome Wilson on January 11, 2011 at 3:13pm
I like the typography and composition, but I'm having a hard time figuring out the central figure in the fountain.  What is it?