But she was also a star of hyper-cynical comic books series, full of black humor and all things that would not fit into your politically correct closet - and could not fit even half a century ago.
Superman's Girl Friend, Lois Lane, Wiki tells us, was a comic book series published monthly by DC Comics focusing on the adventures of Lois Lane. The series began publication March 1958 and ended its run October 1974 with 137 issues.
From the first, stories centered on Lois' romantic interest in Superman and her attempts to maneuver him into marriage, only to fail due to a comic plot twist. (Here I have to add that the comics' Lois had not anything in common with the sheepish character of the Superman TV series): 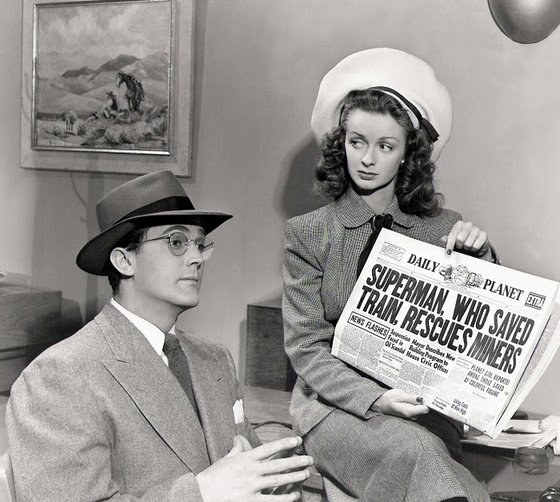 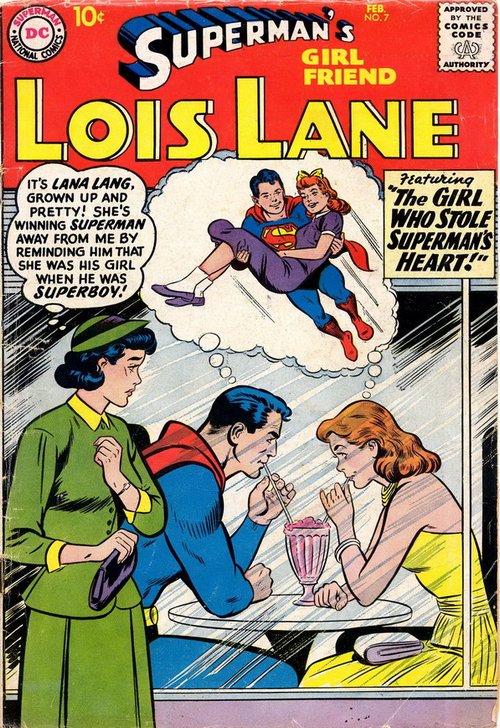 By the 1970s, the stories began to reflect growing social awareness: Lois became less fixated on romance, and more on current issues. In the controversial story "I Am Curious!" (#106, November 1970), for example, Lois uses a machine that allows her to experience racism firsthand as an African American woman. 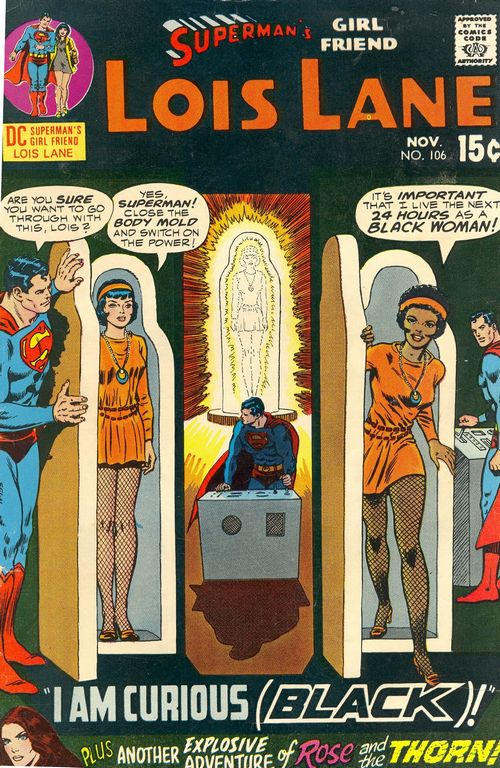 Another addition to the Wiki article: some of the covers are simply brilliant. Just take a look at this one: 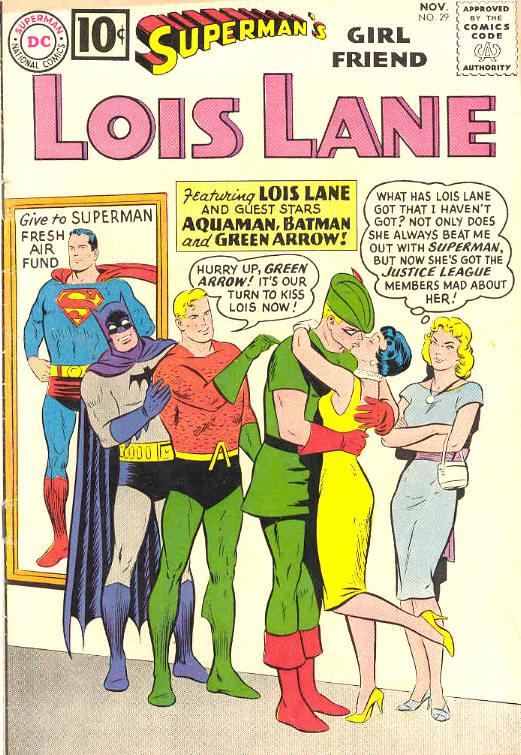 Or this (oh Lois, you've been fooled again): 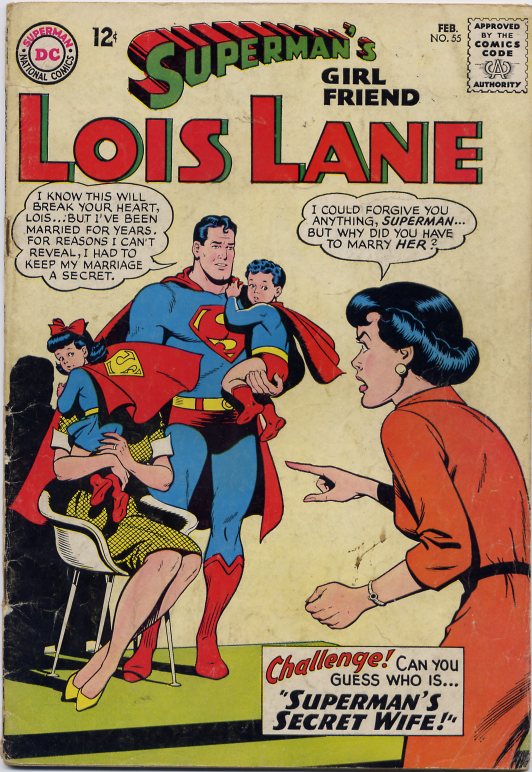 Haven't seen a cover of #137, the last one (then Superman's Girl Friend was incorporated into the new Superman Family series), but I can imagine a lot, judging on #135: There are 28 covers in the album. You can browse it freely - or enjoy the slideshow:

Comment by Dizzy on February 28, 2010 at 1:37pm
whoa! this is nuts! I only knew her from the movies, which I adore, tv shows, (hit or miss) and the superman centric comics, this stuff is amazing and a little sad poor lois!