What is the architectural icon of Diesel Era? A skyscraper? Yes. Futuristic exhibition pavilions? Yes. But social housing projects are equally important and iconic. 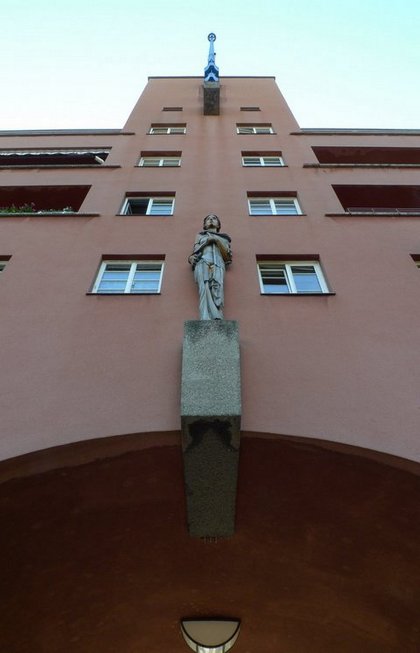 This is Karl Marx-Hof, Vienna - the longest single residential building in the world. Its length is enormous - 1100m (0.68 mile). It was built between 1927 and 1930 by city planner Karl Ehn, a follower of Otto Wagner. It held 1,382 apartments (with a size of 30–60 m² each) and was called Arbeiter-Versailles (Worker's Versailles) or the Ringstraße des Proletariats, the Ring-road of the Proletariat. (Vienna's principal Ringstraße, dating from the 1850s, surrounds the city centre and had been intended as a showcase for the grandeur and glory of the Habsburg Empire.) 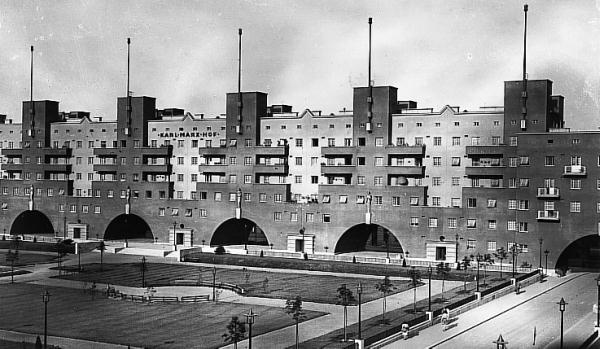 Only 18.5% of the 1,000 metres long, 156,000-m² large area was built up, with the rest of the area developed into play areas and gardens. Designed for a population of about 5,000, the premises include many amenities, including laundromats, baths, kindergartens, a library, medical and business offices. Minimal private lebensraum - and maximum public space. Karl Marx-Hof achieved a world-wide fame not only because of its dimensions. It was in the headlines during the February Uprising, the central episode of the 1934 Civil War in Austria. Those engaged in the revolt barricaded themselves inside the building and were forced to surrender after the Austrian army, the police, and the Austrofascist paramilitary Heimwehr bombarded the site regardless of the unarmed dwellers, mainly worker families, with field artillery. 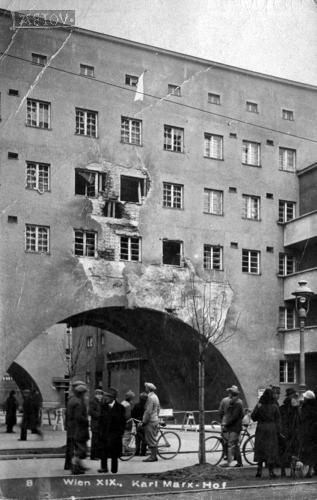 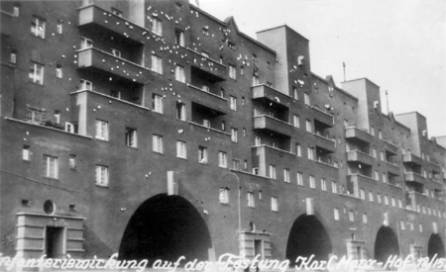 Definitely not an "accidental hit": It's interesting that the officer who was in command of the artillery, Karl Biedermann (a WWI veteran) later served with the German Wehrmacht - and in 1945 was executed by the Germans for an unsuccessful attempt to cede Vienna to the Red Army. Biedermann wasn't a knight in shining armor, but he tried to save his city from destruction. And he knew something about destruction, didn't he?


There's a memorial plate on the Karl-Marx-Hof facade, honoring the February uprising martyrs: 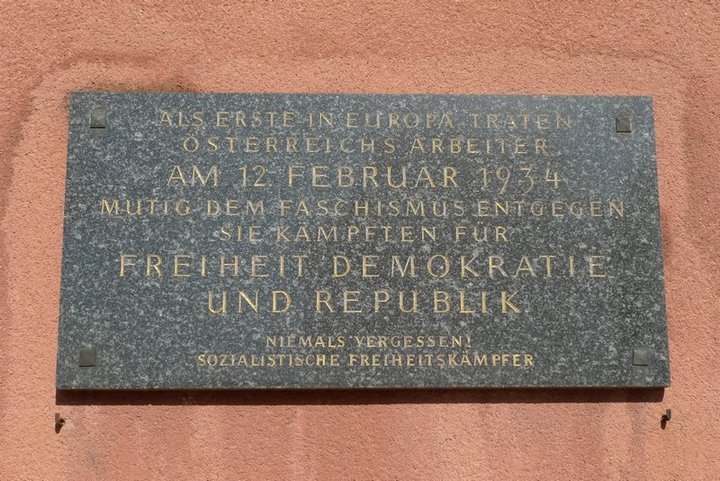 Under the Austrofascist rule the building was repaired and renamed Heiligenstadthof

(the inscription is visible on this 1936 photograph): 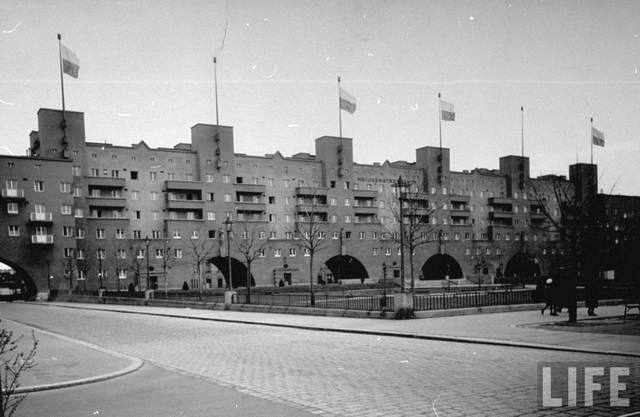 Karl-Marx-Hof is far from the city center. It is not included in the tourist attractions' shortlist. I must confess that planning my short (one week) Vienna vacation I had not the slightest intention to visit it. But, ironically, on my third day in Vienna I took a wrong tram which ran through the Heiligenstadt district. The building was so impressive that the other day I paid it a special visit and took some photographs. Bad luck: the park area in front of the central section was ripped by heavy machinery. The new parking for 200-something cars is under construction. Soon the park will be restored, but in the meanwhile - no majestic views of the red-and-beige facade. So let's be happy with the details. 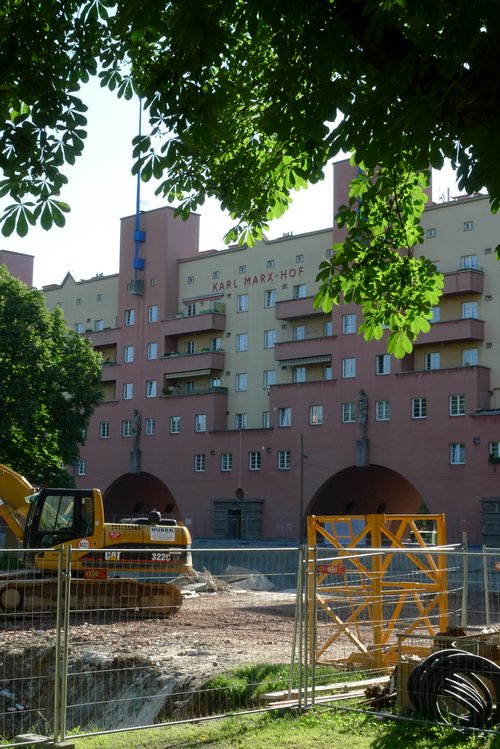 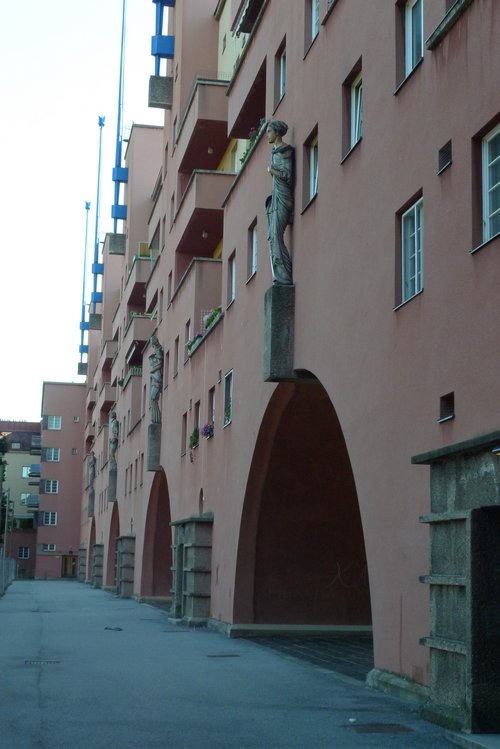 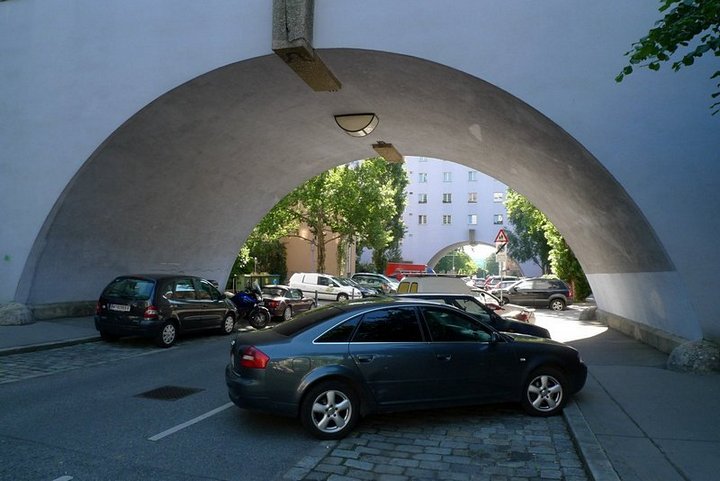 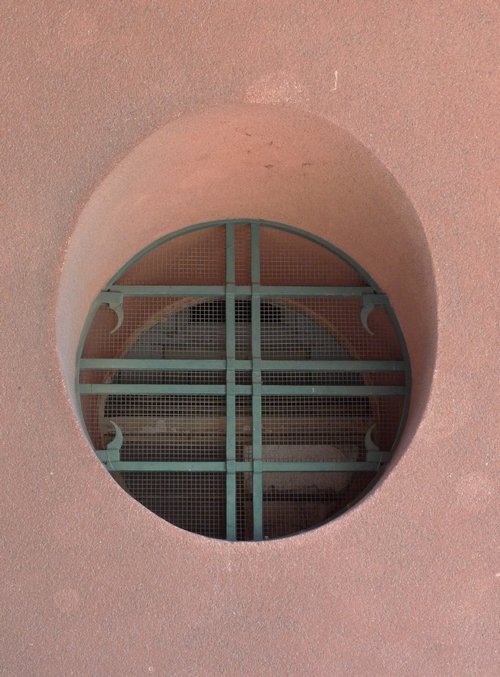 Central section from the other side, facing the railway station: Writing on the wall (in red): "Apartment building erected by the Municipality of Vienna in 1927-1930": Karl-Marx-Hof was a flagship of the grandiose housing construction project, started by the Social Democrats soon after WWI. In 13 years the Municipality managed to build apartments for about 200,000 people. The project was funded by city taxes, federal investments and the dwellers (who did not own the apartments and paid an especially low rent). The project collapsed before the Civil War: budget-stripped Federal government headed by the right-wing Conservatives refused to pay for the 'socialist experiment'. 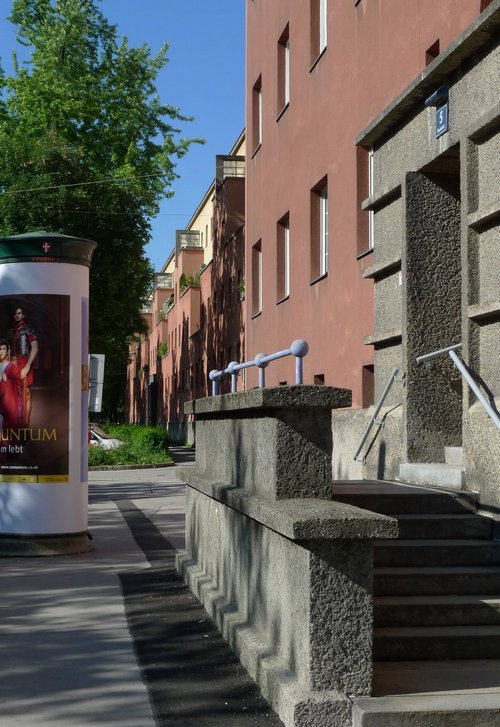 And - just some photographs of the northern section, with arches, gates and courtyards of its own: 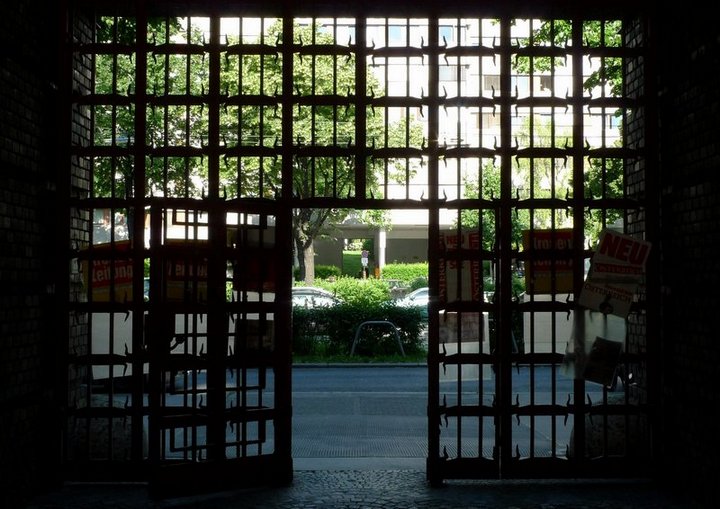 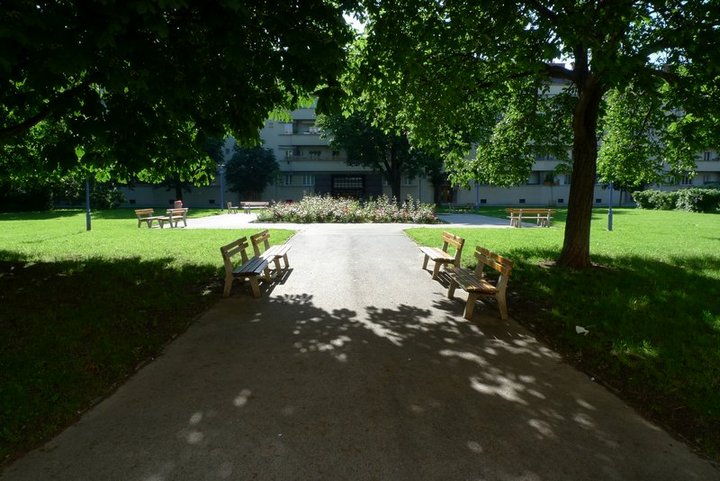 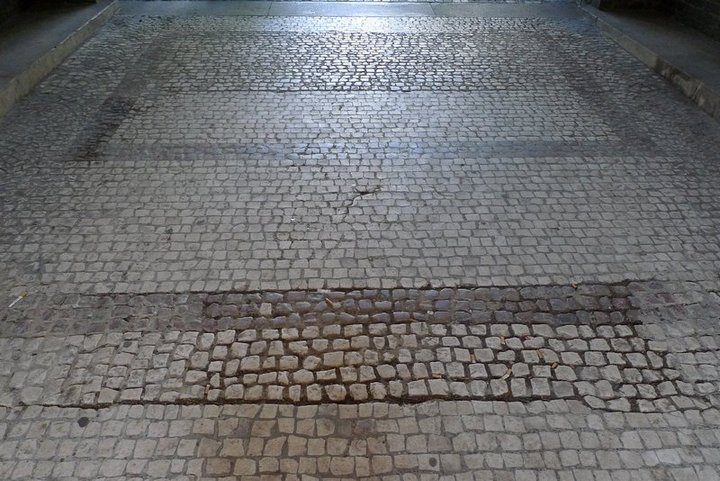 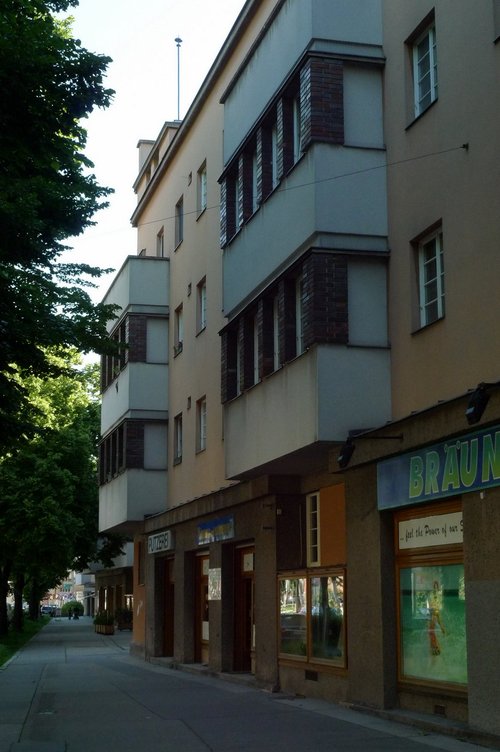 Comment by D.T. McCameron on August 14, 2010 at 9:40pm
It stood up remarkably well to artillery bombardment.

Comment by Luiz Felipe Vasques on August 14, 2010 at 8:32pm
And, not to mention, our major symbol, the huge statue of Christ the Redeemer, blessing those who come to the city, by Guanabara Bay side, in all its art deco majesty. By the way, type on Google Image 'art deco rio de janeiro' and see the results.

Comment by Luiz Felipe Vasques on August 14, 2010 at 4:32pm
Oooh, I unerstand now. A more art-deco style, you mean. In Rio de Janeiro we have the Central do Brasil building (a major train hub). Try to google it (and dodge the movie made with the same name).

Comment by lord_k on August 14, 2010 at 4:23pm
And I know at least two purely Dieselpunk structures in São Paulo - Estádio do Pacaembu, designed by Costa, and the Altino Arantes Building (Banespão), designed by Plinio Botelho do Amaral.

Comment by Luiz Felipe Vasques on August 14, 2010 at 4:17pm
The problem is, Brazilian Modern Architecture is, at my scarce knowledge, a local phenomena. It doesn't tag quite along with other international Architecture lines - again, if I am not wrong. But yes, there is a 'space age'/futuristic (and I am employing the word with no specific meaning) fleur. But there also was a urbanistic planning behind the architecture.