Like most here I was in shock when I learned that Dieselpunks.org was going to close on June 23rd. Very few things have changed my life as this site and Tome’s friendship has. After the shock passed I decided that I couldn’t just let Dieselpunks.org die. I had to do something to help keep Tome’s vision alive.

Emails flew between I, Tome and others as we hammered out a plan to save Dieselpunks.org. The biggest challenge we encountered was the hard deadline of paying the host by June 23rd or the lights on Dieselpunks.org would go out. When we realized that a point man was needed to make this happen I volunteered to be that man. With everyone in agreement I made the needed investment.

So now that I’ve grabbed the bull by the horns I find myself asking what do I do with it?

Maybe I should start by introducing myself to the community.

My name is Larry Amyett, or ‘Boss Larry’, and I’ve been a dieselpunk since discovering this site back in 2009, shortly after Tome launched it. I’m the founder of the North Texas Dieselpunks, co-host of Diesel Powered Podcast as well as web master and owner of the adult web site Dieselpunks After Dark (NSFW!) as well as it's PG-13 Facebook sister page. In addition, I helped create and maintain the Dieselpunk Encyclopedia. I worked with others to write the Wikipedia article on ‘Dieselpunk’. I’ve been writing a blog about Dieselpunk since November of 2009. I’ve written articles about Dieselpunk in magazines such as the Gatehouse Gazette as well as writing the introduction for the book ‘Dieselpunk Anthology’ published by Twit Publishing. 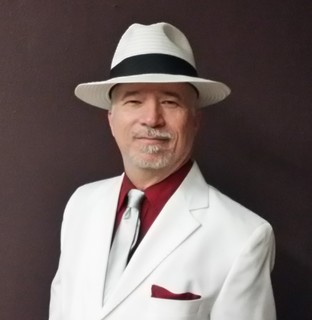 Now that you know a little about me, let me share some of my ideas for Dieselpunks.org.

The most important thing you need to know is that I intend to keep the ship on the course set by Tome. As the saying goes, “If it ain’t broke, don’t fix it.” So rest assured that there won’t be major changes to Dieselpunks.org right away.

However, some things will have to change soon. As Tome pointed out, the music licenses will end at the start of July. My vision is to replace the current music player with a streaming online station. There will be more on this to come.

In addition, as Tome also pointed out, we need an increase in the number of contributors to the site. I’ve already had one person submit an article, which will be posted soon. One doesn’t have to write articles. One can help by simply participating in some of the discussions the Forum. Or you can post links, or images. There are a lot of ways to participate in Dieselpunks.org.

Understand that I’m not going at this alone. I’ve already have several members involved who will help me oversee the site and they will be introducing themselves to you soon. Plus, those who Tome had granted increased authority will keep theirs. I consider everyone in the management of this site, myself included, to be trustees of the Dieselpunks.org community. We are here for you, the members of this site, not you for us.

Finally, I’m grateful to Tome for all that he’s done in creating this site and for his friendship. I’m honored to be helping to continue the legacy of Dieselpunks.org.

As Tome likes to say, ‘To the future’. A few years back, I was a regular visitor to the page.  Then life came in between us.  But now I have a control on life and I'm ready to come back and possibly contribute more.  Either way, Thanks Boss for keeping the lights on.  This is a fantastic resource for all us likeminded people, and I would hate to see it go.

To the future, Boss.