An interesting artist, obviously in love with Jazz Age. Gary Kelley received his degree in art from the University of Northern Iowa, began his career as a graphic designer and art director before becoming an illustrator in the mid-1970's. He has received awards from the New York Society of Illustrators including the Hamilton King Award in 1992, National Booksellers Association, Print Magazine, New York Art Directors Show, Los Angeles Society of Illustrators,Bologna (Italy) Book Fair, and others. His clients include NewYorker Magazine, Rolling Stone, Playboy, Atlantic Monthly, Time, Newsweek, GQ, Franklin Library, CBS Records, NFL, Santa Fe Opera, and many major publishers and advertising agencies. 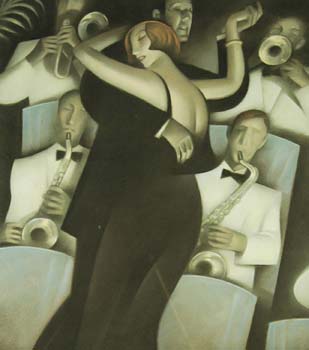 He recently completed two 70-foot murals for the renovated Barnes and Noble Bookstore on 5th Avenue at 48th Street in New York City. In addition to his professional work, he has lectured widely, including the Smithsonian Institute in Washington, D.C., Society of Illustrators, San Francisco Academy of Art, Ringling School of Art, and Syracuse University, to name just a few. 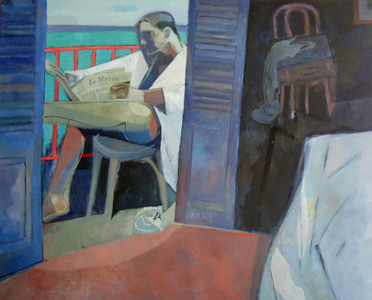 That's what I learned from the Illustration Academy website which also has two slideshows of Kelley's paintings and drawings. 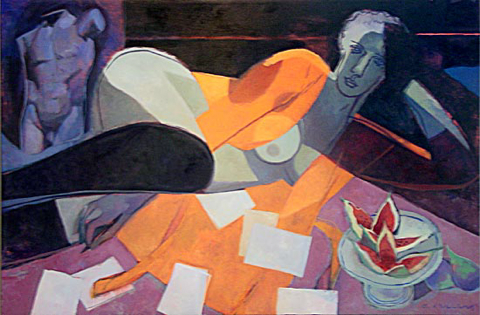