Furious, fast-paced, and frozen, hockey comes to the US!

A gift from our northern neighbors, the sport of Hocky brings the fast paced world of nonstop sport to the ice. Skates are worn, allowing incredibly fast movement as the players chase a small rubber "puck" across the ice, assaulting it with a large L-shaped stick, and then attempt to score a goal in a net not much bigger than the big guy guarding it. It's a game that is both graceful and brutal all at the same time, for 250…

Good Co. swings it with their new album, The Kicker

Electroswing me brother, with a solid four.

Things are looking bright for Good Co with their second studio album, The Kicker. Following on the smoking heels of 2013’s Electro Swing for the Masses, this sophomore album corrects some of the flaws with its predecessor and spreads out in new & unusual directions.

If you’re just finding the Good Co sound, then you’re in for a treat. Fronted by jazz-man Carey Rayburn, this American electroswing…

Whether it's January's "Scribblenauts" variants, February's Steampunk variants or March's "Robot Chicken" variants, DC Comics has certainly made 2014 the year of themed-cover months so far. Although there aren't any announced plans for April, May will bring "Batman '66"-style variants by Mike Allred and -- according to the announcement on USA Today -- June will be DC Bombshells variant month, showcasing covers in the style of DC Collectibles' statue line of the same name, which re-imagine DC…

Cap'n's Cabaret #114: The Other Football

Football that primarily uses the players' feet? Uncanny! It's the growing sport of Soccer, what the rest of the world calls football, and if it can overcome its internal difficulties it's set to become the next great American sport!

Yes, the "Other Football" may not have the glory of the Gridiron yet, but if the growing popularity of the American…

Congratulations to Mike Mignola on 20 years of Hellboy comics

March 22 marks the twentieth anniversary of Mike Mignola’s career-defining release of Hellboy: Seed of Destruction #1. After the character’s somewhat humble beginnings in an eight-page feature in Dark Horse’s San Diego Comic-Con Comics special, Seed of Destruction would begin the long life of the beloved “beast of the apocalypse.”

In December, Dark Horse announced March 22, 2014, would be Hellboy Day, with events happening in comic shops around the world!

In addition to a slew…

The Return of Philip Marlowe

Respected Dublin based and former Booker Prize winning Irish author John Banville writing under the pen name of Benjamin Black has just published a new novel entitled The Black-Eyed Blonde.  Having good reviews so far (though I haven't read it yet) it's a sequel to Raymond Chandler's The Long Goodbye.  So probably a must for Philip Marlowe fans but you might want to re-read 'Goodbye' first.

As a taster here's the second sentence:

"The telephone on my desk has…

Getting Weird in the Tiki Room with The Innsmouth Fogcutter

Since fulfilling his wild dream of making the Cthulhu tiki mug, Jonathan "Atari" Chaffin of www.HorrorInClay.com has decided it's time to tackle a wilder dream...the Innsmouth Fogcutter tiki mug (with matching Esoteric Order of Dagon Fez).

This large original tiki mug is inspired by HP Lovecraft's story "The Shadow Over Innsmouth" (you should read it if you haven't... I'll wait right here). Back? Good! Like I was saying, I designed a tiki mug…

It's the Little Sport that Could: Basketball! Once a second-tier game with a minor following, basketball is about to hit the big time!

With the growth of the new American Basketball League, this lesser-known American sport, invented a while back in the Midwest by Dr. James Naismith, is getting a new influx of money and a new surge of interest outside of the small gymnasiums,…

A notice from Pilsner Panther's "Please Bear With Us" department 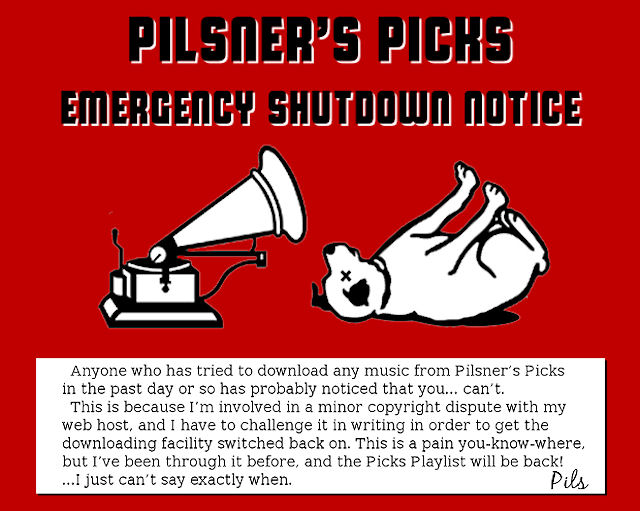 In the first part of this two part article I provided some information in respect of the immediate background to the vogue for Art Deco wall masks. Here I want to focus upon some of the major manufacturers and specific types of mask any buyer might expect to encounter. I’ll…

This is the first in a series of short illustrated articles on Art Deco items.

The idea is to focus upon a classic piece of design that generally doesn't feature in the usual coffee table books and doesn't cost $1000s. This week, a classic cocktail shaker.

The Master Incolor Cocktail Shaker was manufactured in England circa 1935 and is a classic of Art Deco streamlined design with several unique features. These features are not the sole reason for writing this…

The silent mental duel of pitcher versus batter, the sting of a lightning double play, the tension of the bottom of the ninth, and the roar of the crowd after a homer...this is what makes Baseball, the Great American Sport!

And let's face it, folks, we're living in a new Golden Age, and we can perhaps thank one man for bringing the excitement to every home in America: the…

Beware the Ides of March— or at least, the Picks!

Here in California, the February and March weather may be meshugges (whoever's in charge of it seems to have forgotten that it's supposed to rain in the winter)— but Pilsner's Picks goes on, right on schedule no matter what. I brave the 70-degree freezing cold in my t-shirt, shorts, and sunglasses just to put these playlists together, and what thanks do I get?!

Actually, I get plenty of thanks; but what I REALLY…