Most people know that Alexander Graham Bell invented the telephone in 1876. However, most don’t know that many credit Antonio Meucci for also inventing it. The origins of dieselpunk follows a similar pattern. In most dieselpunk literature, Lewis Pollack is credited with coining the term ‘dieselpunk’ to promote the RPG Children of the Sun in 2002. It turns out this is only half the picture. In a posting on the excellent Facebook page …

The very popular DJs and style icons the Broken Hearts host Peppermint Candy on Jazz FM weekly. Their program, while not labeled ‘dieselpunk’, certainly could be described as such with it mix of classic swing artists such as Ella Fitzgerald and Duke Ellington along with contemporary swing bands such as Big Bad Voodoo Daddy and Caravan Palace. During their radio program, they include trivia such as Jazz Era swing…

Interview with Carey Rayburn, bandleader of Good Co and trumpeter of Abney Park

In a world of DJs and remixers, it's hard to find a band willing to swing the world with new music. Thankfully, I ran into Carey Rayburn.  This jazz player is not only tapping to the electroswing beat, but he's built a whole company around it, a Good Company.

Staffed by a raucous band of jazz musicians and Abney Park alumni (including the dread Captain Robert), Good Co just released their first album Electro Swing for the Masses last week. After listening to the…

A few weeks ago, we threw our gaze upon The Horror In Clay, a Cthulhu Cult-inspired tiki from Jonathan "Atari" Chaffin. Since then, it's been blowing other Kickstart projects out of the water. Whether the world has suddenly succumbed to tiki-madness or the Cult supports their own, I'll never know. However, I… 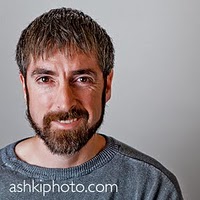 Set along the Texas/Mexico border during the waning years of the Mexican revolution, Fistful of Reefer focuses on a group…

The Bad Boys of Swing: An interview with Lee Presson

The following interview is what I intend to be the first in a series. As a swing artist myself, I thought it would be fun to interview some of the popular swing musicians that punk the genre in their own special way - the “Bad Boys of Swing.”

Modern swing artists have different ways of "punking" the basic sound of swing and making it their very own, blending it with everything from jump blues to ska to rockabilly. And then there's Lee Presson and the Nails.…

In the world of YA (Young Adult) fiction these days, you can't swing a sparkley vampire around without hitting some barely hidden teen erotica that would make any parent blush if they actually read it. Thankfully, Jon S Lewis and his Teen Titans of steampunk, The Grey Griffins can pull us out of…

Stefan Prohaczka is a French artist who has quickly made a name for himself in the dieselpunk community. His style of art is unique and in many ways captures dieselpunk like no other. We’re lucky that he’s been a… 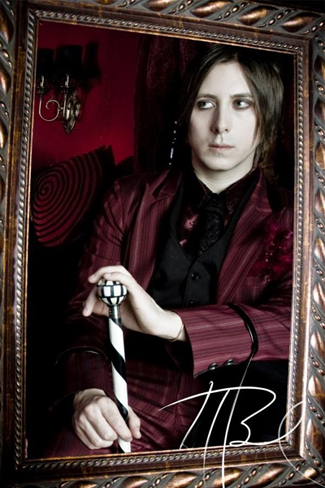 The band Marquis of Vaudeville has a strong following in the North Texas steampunk community as well as having received positive attention and review on the national level. In this interview Toby Lawhon, lead singer for the band, discusses… Continue


Bellevue Cadillac is one of the leading bands of the retro-swing movement. The band was previously nominated for seven Grammy nominations in addition to being nominated for the upcoming Grammy's. Their music has appeared in numerous shows such as The Sopranos and Brotherhood. I was extraordinarily lucky to recently have an… Continue 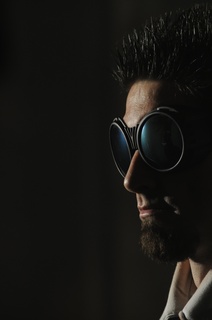 Halloween is almost here, and the…

Interview with Mark Rossmore of Escape the Clouds

Escape the Clouds is the steampunk brainchild of author/musician Mark Rossmore. Taking us on a Verne-inspired journey to rescue lost love, Escape the Clouds' latest album Circumnavigator is now available for download on the web. To tell us all about the project and his inspiration for… RPM Orchestra is a dieselpunk band staffed by futurists and dadaists who take the sounds of the past and filter them into the heads of today's audiences. Speaking with me today is Pete Petrisko, the head warden of this musical asylum. …

Wolfgang Parker, the big cat of Punk-Swing, jumped into Dieselpunks a short time ago. He said, "check this out," and by the first tip of the record needle, I could tell this was the real thing.

If you haven't heard of Wolfgang Parker and his band of the same name, they hit the… Continue The dear Davenport sisters have been entertaining our airwaves since we started here at Dieselpunks. But now that… Continue

Less than a month from now, New Jersey will be the nexus for all things steampunk thanks to The Steampunk World's Fair. So watch out Seattle, we know how to party. We have eye protection, leather & brass armor, and more striped bustles than you can shake a stick at.

Here to give us… Continue 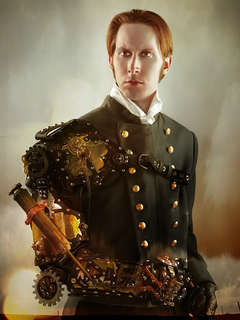 GD Falksen: historian, steampunk, author, and all around great guy. If you haven't heard of GD, you've certainly seen him around. Whether it be on MTV, or at DragonCon, SalonCon, the Time Travel Picnic or dozens of other… Continue

Interview with Tome Wilson, creator of Dieselpunks on the TimeWarp network

From Carmen Johnson of TimeWarp Productions

Meet Tome Wilson the mastermind behind the popular Dieselpunks website. This web developer and photographer from New Jersey has a passion for fusing old technology with new. Tome describes that his perfect world takes the best parts of all… Continue