In 1939, many European powers could boast a fighter plane equal or even superior to the German Bf 109. And Belgium was no exception. Alas, superiority was achieved mostly on paper. In fact, "wonderfighters" designed in Poland and Yugoslavia, Czechoslovakia and Netherlands were either unfledged, or produced in insufficient numbers, or both. And Belgium, again, was no exception.…

Ladies and gentlemen! Omnibuses, coaches and lorries from Glasgow, Scotland! Albion Motors, founded in 1899, were amongst the great survivors of the British vehicle industry and, especially, of the indigenous Scottish motor industry - many early companies failed and it was only in the 1960s that there was a vain attempt to re-introduce mass vehicle production…

I'm sure the building looks familiar to a lot of our friends, especially in Europe. But I've just found a good reason to show it here. After an obligatory night shot (by christoph_bellin @ Flickr), a bit of info.…

Some more examples of Canadian war propaganda brought to us by Mr. Malon in his fabulous photostream: What about a flying wing, carrying 80 passengers over the Atlantic? Sounds 1930s, uh? But the concept was developed much earlier, in early 1920s. Dr. Hugo Junkers patented the Nurflügel (literally - "wing only") configuration in 1910 and… In the aftermath of 1929 stock market crash and subsequent financial crisis, many automotive companies lost their economic backing and were forced to close. Others quickly lost their clientele and ceased to exist. Remaining companies struggled to stay alive, often drastically changing their business… By the 1930s, the railways were beginning to see increased competition from road and air travel. It was clear that services between the…

Got something weird in your mailbox? Hello, the Saturday Air Mail is here! This Saturday (cold and windy, I must admit) our guest star is the GA-1 (ground attack aircraft No.1), a brainchild of Engineering Division, U.S. Army Air Service, and their engineer, Isaac M. Laddon. It was built by Boeing Airplane Company in Seattle, Washington. The story of this remarkable car is brought to us by Julian March (published @ citroen.org.uk).

Whereas most of Citroën's prototypes have been shrouded in mystery, the…

Probably I'm trespassing again, but hope Mr. Holman will forgive me. The heaviest self-propelled guns in history have long deserved an entry here. 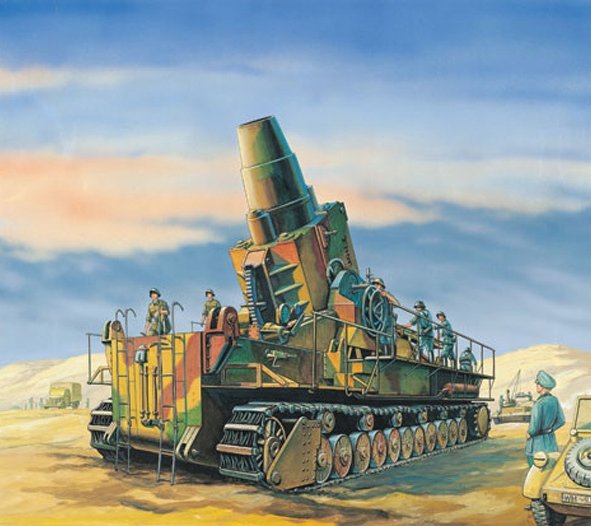 I'm talking about Karl, the 600mm (24-inch) mortar. Actually, seven guns with many names. Here is their story, brought to us by Mitch Williamson, the…

The Industrial Art of Louis Lozowick

The artist who immortalized the Diesel Era in powerful lithographs: Louis Lozowick (1892-1973) was born in Ludvinovka, Russian Empire, and studied at the Kiev Art School. He came to New York in 1906 and studied at the National Academy of Design with Leon Kroll and Emil Carlsen. Lozowick graduated from Ohio State University in 1918 and then went to Europe. While… They were a large and prosperous family. The first streamliner, Mat'34 (aka NS 27 or DE3 or DE III or Dieseldrie) was a three-car articulated unit, inspired by DRG…

If only the looks could kill, these flying boats would be the deadliest things over the Atlantic. In fact, they were obsolete before they could fly and led an unimpressive, even disappointing life. But the looks, oh!

The Saturday Air Mail presents: Breguet 730/731 flying boats. Their story is brought to us by …

Another compact car today. This time from Hannover, Germany. It was built by Hanomag company, established in 1835 by Georg Eggestorff as Eisen-Giesserei und Maschinenfabrik. The company supplied small steam locomotives to German railroads, and since 1905 began to built road locomotives and steam waggons for the Imperial Army.…