By the end of 1920s, front-wheel drive configuration found its way into one of the most ambitious automotive designs ever. The Cord L-29 was revolutionary, using a front-wheel drive system rather than the popular rear-wheel drive configuration. Many believed that having the front wheels be responsible for turning, carrying the…

The Invicta Car Company was a British based automotive manufacturer that produced cars from 1925 through 1950. In the early 2000s, the name was revised and placed on a high-performance sports car. From 1925 to 1933, the company was based in… Used in substantial numbers by the Luftwaffe as a light communications aircraft and crew trainer, the Siebel Si 204 was essentially a scaled-up … Sport in general and motorsport in particular was a popular method of displaying a country's abilities without taking up the arms*. With the rise of nationalistic governments in the 1930s, the desire to prove the country's worth on the track also increased. Especially in Germany and Italy…

A glorious pair of Lockheed monoplanes is ready to deliver your Saturday Air Mail. Both were a development of Northrop-designed Lockheed Vega. Developed originally to meet a requirement of Charles Lindbergh for a low-wing monoplane of high…

A little-known family of streamliners from the Netherlands - Gatford/Gatso. The forerunner of the postwar Gatford and Gatso sports cars was built in 1938 and called Kwik (Mercury). Two-seater, with luxurious red… The two ANT-40 light bomber prototypes of Andrei N. Tupolev's design bureau, designed and developed by a team led by A. A. Arkhangelski, were years ahead of their time when they first flew in October 1934: the all-metal construction, enclosed cockpit and retractable… Mercedes-Benz domination in Grand Prix ended with the Auto Union Typ C. It took a few years to get it right, but Ferdinand Porsche's daring design with a mid-mounted V16 finally won. It claimed many victories… The Bugatti Royale, also known as the Bugatti Type 41 is a luxury model car that has a wheelbase of 169.3 inches or 4.3 meters, and an…

This Sarurday, your air mail is brought to you by the most gorgeous trimotor ever built. 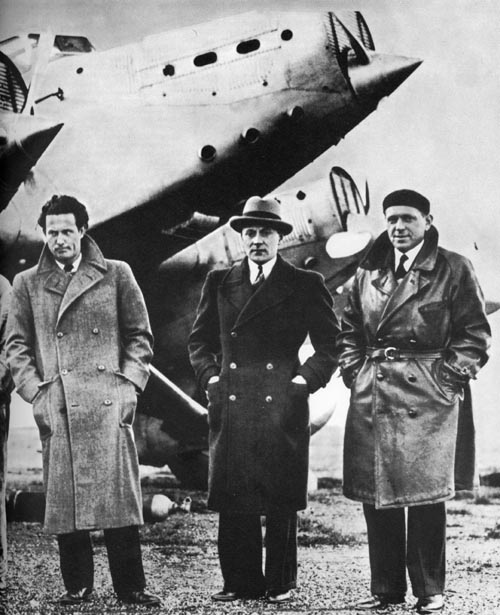 It is often said that aviation is the passion of a lifetime that slowly conquers the depth of one's soul*. This statement could never be truer when it comes to the life of René Couzinet, the Father of the "Arc-en-Ciel" (The Rainbow), the three-engine…

An Interbellum compact car made in the United States? Is it possible? Sure it is! There was a true American Mini - the Crosley. But it wasn't the first try to re-engineer Yankee & Dixie drivers' mind, directing them towards smaller, fuel-efficient…

Your Saturday Air Mail is here, with a score of forgotten aeroplanes from Bristol. I decided to re-publish here an article by Alan Webb titled Parnall - Bristol's Other Plane-maker. There's no better source of info on Parnall designs.

The Parnall story is…

Sorry, I'm late today. But with a car which is all Dieselpunk! The success of the Morgan Motor Company was founded on an icon, the Morgan Three-Wheeler. This brilliant but simple design by skilled engineer and company founder Harry Morgan (HFS) became one of the most successful lightweight cars of the early days of motoring. The principal of fitting a…

This is a Canadian Vickers-designed and built Velos: The year 1912 marked the official beginning of Vickers in Canada and plans for shops, drawing offices, and the company's distinctive enclosed building berths were developed. 1913 was spent in site construction and by 1914 Vickers… 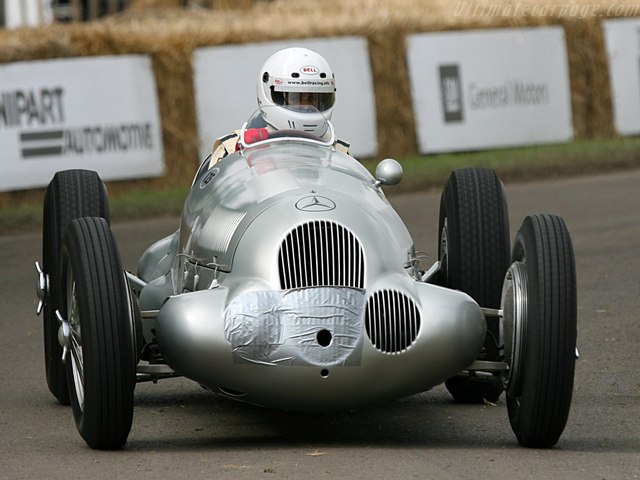 With the rapid development of technology, Grand Prix racing was subject to constant changes in the 1920s and early 1930s and sport's governing body (AIACR) struggled to create a definitive set of regulations that would work with the various engine configurations raced at the time*. In…

Wake up! Your Saturday Air Mail is here, brought by a sleek, stunningly beautiful monoplane. Allan Lockheed and Jack Northrop teamed up together in 1927 and formed the Lockheed Aircraft Company.  It was a great combination and their Vega became the aircraft of the Golden Age for setting records.  Names like… Louis Delage was born in 1874 and was handicapped by blindness in one eye. This handicap would not hinder him at all in creating some of the most elegant and beautiful creations of the pre-WWII era, and into the early 1950s. He acquired his engineering abilities while…

Meet one of the most stylish flying boats ever built: the Gabbiano! The CANT Z.501 Gabbiano (gull) light reconnaissance flying-boat was serving in fairly large numbers with the Regia Aeronautica when Italy entered World War II in June 1940. Designed by Filippo Zappata in the early…

This is the last Garage entry in 2012. It could be 'punky or at least diesel-ish. Instead, it is full of early '30s posh cars. There were 12,105 Standard Eights and 3345 Deluxe Eights sold during 1931. These low figures are due to the Great Depression which was crippling the luxury car segment. The 845 sedan-limousines originally carried…