Purpose: To inspire and/or increase access to memory (conscious, subconscious, and/or genetic) in the audience by use of light and sound.

Persistence of vision is the phenomenon of the eye by which an afterimage is thought to persist for approximately one twenty-fifth of a second on the retina.

Audience seated in semi-circle around dreamachine, which was the only lighting used during this performance. Prior to start, audience instructed to view with eyes closed for optimal results.

In the dreamachine's original form, a dreamachine is made from a cylinder with slits cut in the sides. The cylinder is placed on a record turntable and rotated at 78 or 45 revolutions per minute. A light bulb is suspended in the center of the cylinder and the rotation speed allows the light to come out from the holes at a constant frequency of between 8 and 13 pulses per second. This frequency range corresponds to alpha waves, electrical oscillations normally present in the human brain while relaxing.

Alpha waves are electromagnetic oscillations in the frequency range of 8–12 Hz arising from synchronous and coherent (in phase / constructive) electrical activity of thalamic pacemaker cells in humans.

This recording was played via PA system, with speakers placed to the right and behind of audience.

Binaural beats or binaural tones are auditory processing artifacts, or apparent sounds, the perception of which arises in the brain for specific physical stimuli.

Theta waves (4-7 Hz) are associated with dreams, meditation, and REM sleep. It has also been associated with the twilight state, normally experienced fleetingly upon waking or drifting off to sleep.

The live orchestra performed to the left and in front of the audience. Instrumentation was mic'ed separately (i.e. not via venue PA system), using smaller amplifiers.

For further overview of research on working memory, see: http://en.wikipedia.org/wiki/Working_memory

In this performance, fragments of sound, rhythm, and recorded speech were repeated throughout. Lighting consisted of a single lightbulb (midground) and projection (background). An additional performance element (i.e. surreal vaudeville-inspired action) was also included.

Post-production notes: visual imagery added was inspired by post-show audience comments, including one person who stated the performance was like "listening to the radio at home during WWII, while hearing bombs drop in the distance outside."

Conclusion: Early rudimentary techniques show promise. Further examination and refinement of these techniques, in conjunction with deeper independent study in the field of memory research, may be in order.


(fyi: all italized quotes/definitions used in this article are from Wikipedia)

Comment by Flicker Light on June 26, 2010 at 7:17pm
We are very excited about the Brion Gysin exhibition! 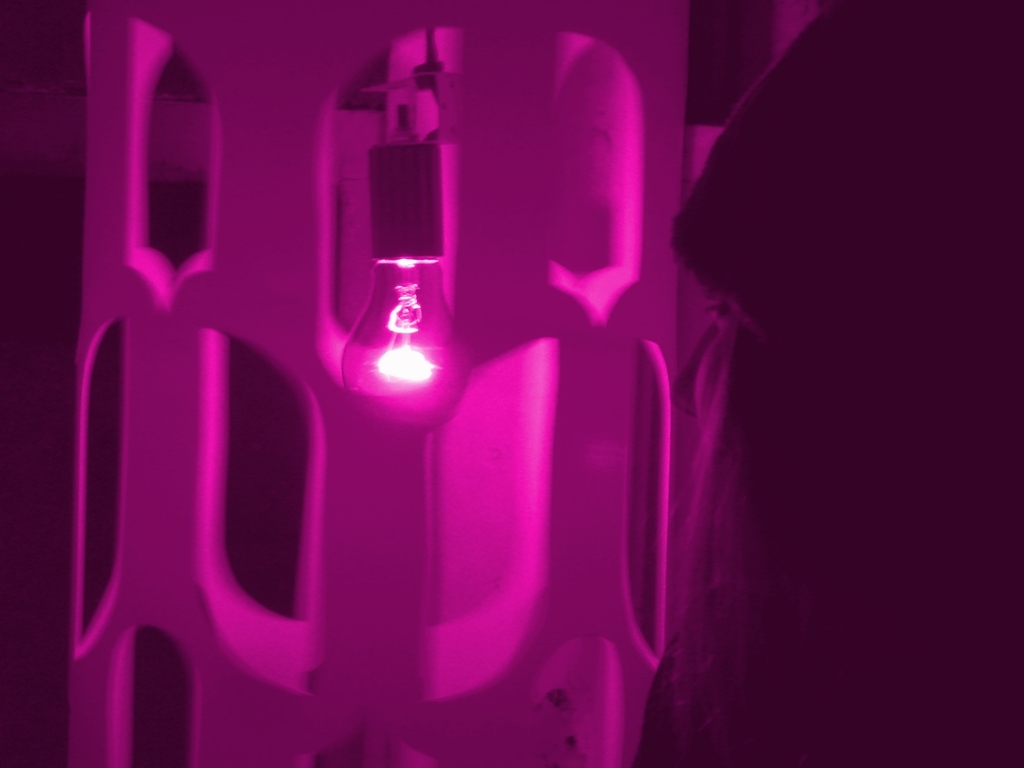