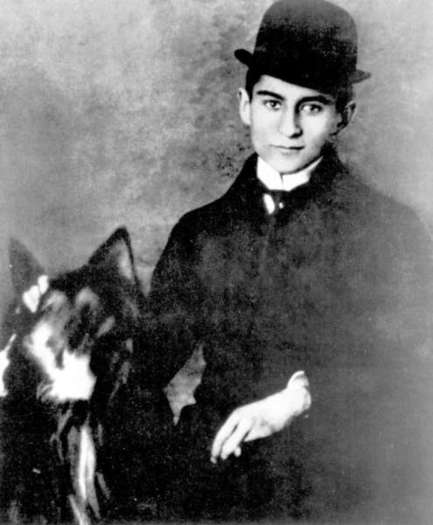 Ever had one of those days where you wake up as a giant rat or find yourself the inexplicable victim of a large dystopian tribunal?

The author of a small number of (mostly incomplete) surreal works during the late steam to early diesel eras, Kafka is one of those writers whose influence exceeds his collected works' size. Fans of dystopian fiction from 1984 to Brazil to The Matrix and beyond can probably thank him for setting the tone. His dark, twisted, psychological visions of self-loathing, dark conspiracy, and overt abuse of power - sweetened with a spoonful of dark humor - set the stage for much of the "dark gothic" and dystopian fiction of later generations. Borges, Lovecraft, Sarte, Orwell, Salinger, Bradbury, Gilliam, Pynchon, Vonnegut, Burton, the Wachowski Brothers, and many others all show traces of Kakfa's influence.  So influential was his style that such works are often described as "Kafkaesque"...as is (mostly incorectly) anything considered dark, depressing, or annoying.

A definitely well deserved tribute, Cap'n Tony. Thanks for that.