Antinea, the Mistress of Atlantis

The most famous character played by Brigitte Helm is Maria in Fritz Lang "Metropolis". 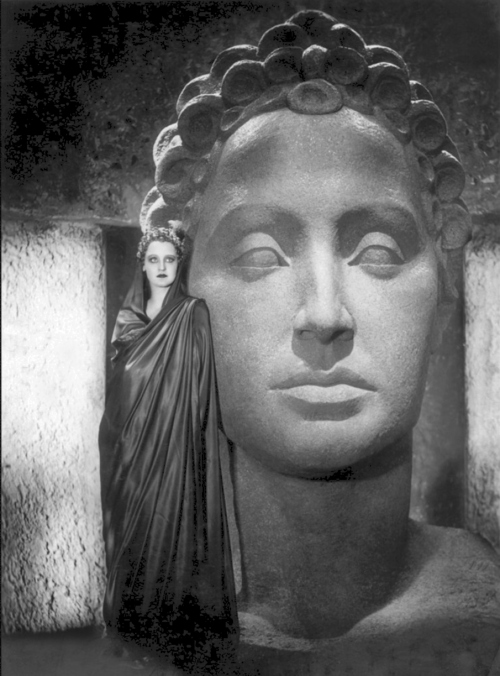 Several years later, she starred in a fantasy movie directed by Georg Wilhelm Pabst. The screenplay was based on "L'Atlantide" by Pierre Benoît. In his witty review of the film on IMDB, Mario Gauci writes: "Another distinguished film-maker, Frenchman Jacques Feyder, had already made a celebrated stab at the material as a 3-hour Silent epic in 1921 and, over the years, other established film-makers – John Brahm, Frank Borzage, Edgar G. Ulmer, Vittorio Cottafavi, George Pal, Ruggero Deodato, Bob Swaim and even "Walt Disney" – would find themselves attracted to the subject of the mythical lost empire. " "The plot has a little of H. Rider Haggard's "She" about it as two legionnaires stumble onto Atlantis in the Sahara desert and lose themselves within its labyrinthine dungeons replete with Antinea's past male conquests that have either gone mad or been mummified! The two male leads seemed slightly overage to me but, in any case, whatever acting capabilities they might possess would essentially have been dwarfed by the awesome sets and imaginative camera-work. As a matter of fact, this is where the film's main fault lies: the protagonists' plight never moves us as it should, even when one kills the other over Antinea or when, after her terrible secret is revealed to him, the survivor decides to go back to Atlantis anyway. " Another IMDB reviewer, Robert Keser, praises the director: "Pabst sets his cameras gliding across the sands and into real locations in the Hoggar mountains. Towering, black-shrouded tribesmen appear, then sleek native women beckon with mysterious gestures of invitation. When they descend into the maze of tunnels that is Antinea's kingdom, they find a tipsy, excitable Quentin Crisp-y character, a longtime resident who holds some key to its history. As Antinea, the great German star Brigitte Helm has a mesmerizing presence as she lolls on a divan, with a menacing leopard at her side. Equally imposing is a monumental stone head of her visage that figures in several memorable compositions. When the protagonist [who is not a traditional hero] is first summoned to Antinea, what unfathomable depravity will take place? They play chess, of course. The story comes from a popular French novel, but it is Pabst's fluid style that makes this masterly kitsch. " 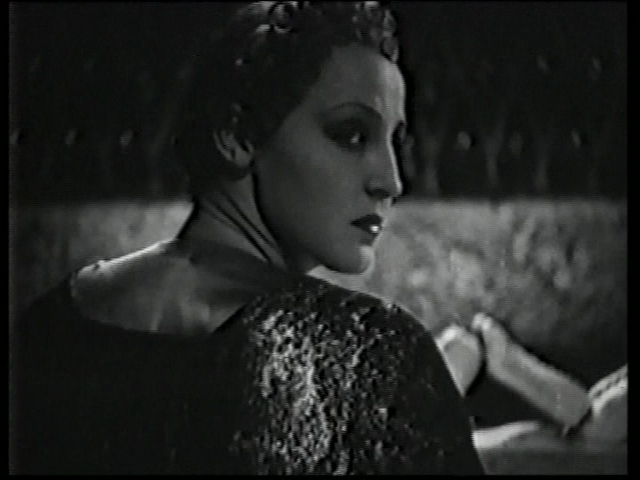 More detailed description can be found on 1000misspenthours.com. As many other early talkies, the "Mistress" was filmed in English, German (as "Die Herrin von Atlantis") and French (as "L'Atlantide") with different casts, but Brigitte Helm starred in all three versions.

You can make your own judgement of the movie: 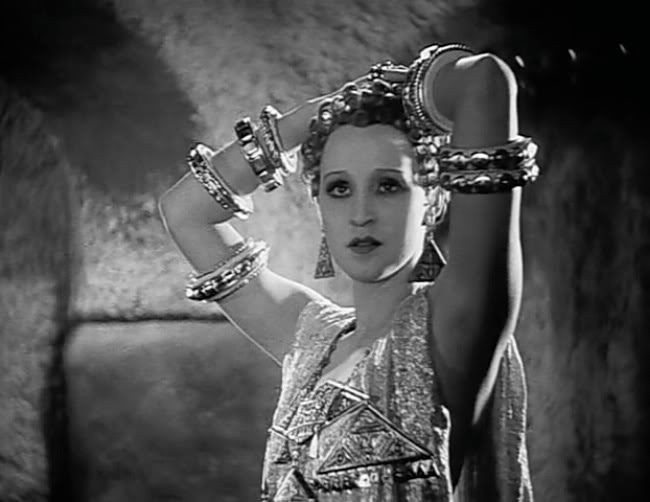 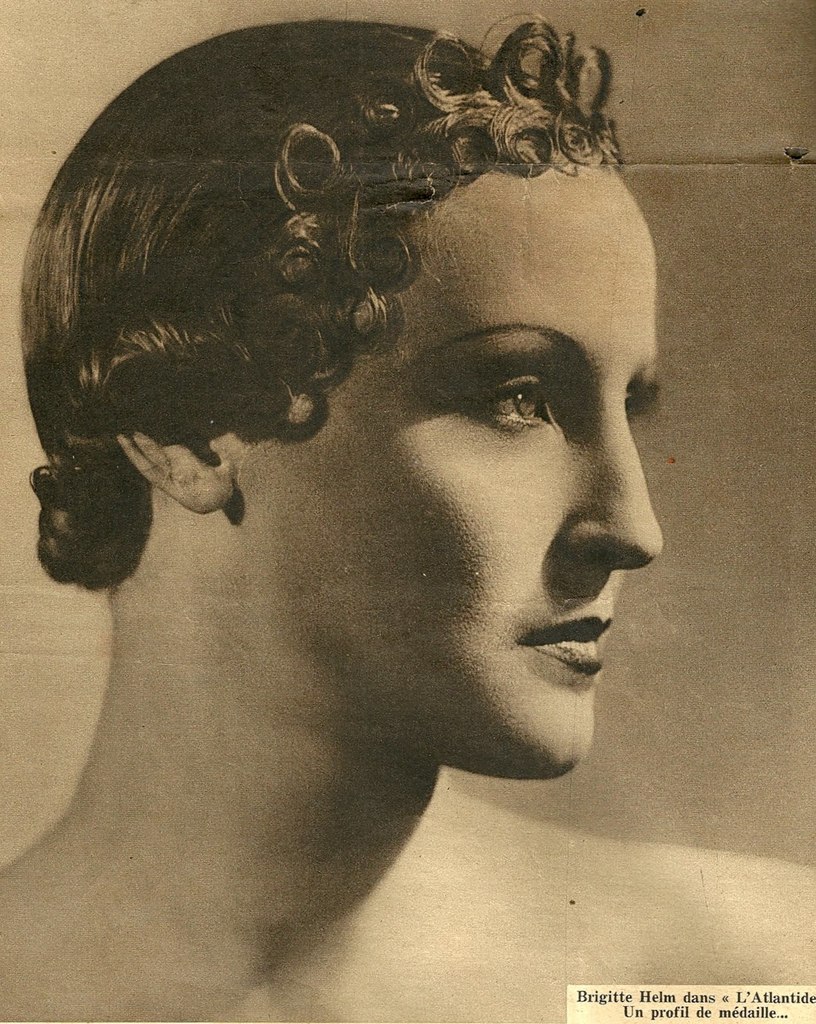 More shots from the French version are displayed on toutlecine.com and allocine.fr