In the aftermath of Pacific Standard Time (PST), a uniquely successful collaborative project of exhibitions, public programs, and publications which together took intellectual and aesthetic stock of southern California’s artists, art scenes, and artistic production across nearly the entirety of the post-World War II era, the Getty launched an initiative with a tighter focus on architecture during the same era.  “Pacific Standard Time Presents: Modern Architecture in L.A.” has as one of its ambitious goals a collective explication of “how the city was made Modern.”  For PST, the Getty partnered with dozens of cultural and educational institutions to offer a diverse and eclectic array of exhibits and programs.  The institutional and grant-making alchemy of Getty leadership mixed with centrifugal funding and freedom worked magnificently; in sheer volume and insight alike, the meld of scholarly consideration with public programming revolutionized our collective understanding of the regional art world across four or five decades of the twentieth century.  Pacific Standard Time Presents (PSTP) benefits from and builds on that considerable momentum.  And that is where this on-line photographic exhibition comes in.

The online exhibit has tons of beautifully shot images of California from the 1940s-1990s. 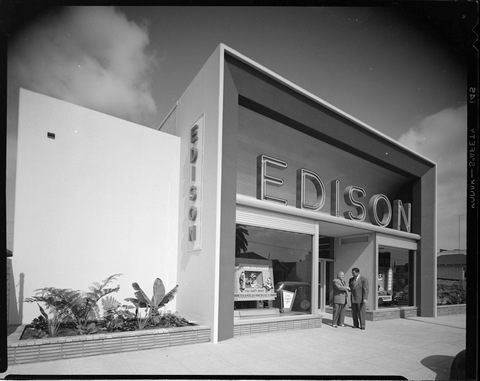 Check them out here: http://pstp-edison.com/exhibitions/