Set in the distant future, the series followed the adventures of a group of fighters for truth and justice, the Video Rangers, led by Captain Video. The Rangers operated from a secret base on a mountain top. Their uniforms resembled United States Army surplus with lightning bolts sewn on.

In 1953 with the co-operation of RCA DuMont created promotional 78rpm Captain Video themed records that were short 71/2 minute adventures based on the TV show. These records also included a 7 page coloring book that kids followed along with the record's story, and punch-out Captain Video action figures. I've put together scans of the record jacket and its contents, along with an mp3 version of the record's audio. Now you can follow along with Captain Video and the Video ranger just like kids did back in 1953.

As a point of interest the record's cover was illustrated by famed comic book pioneer Will Eisner. 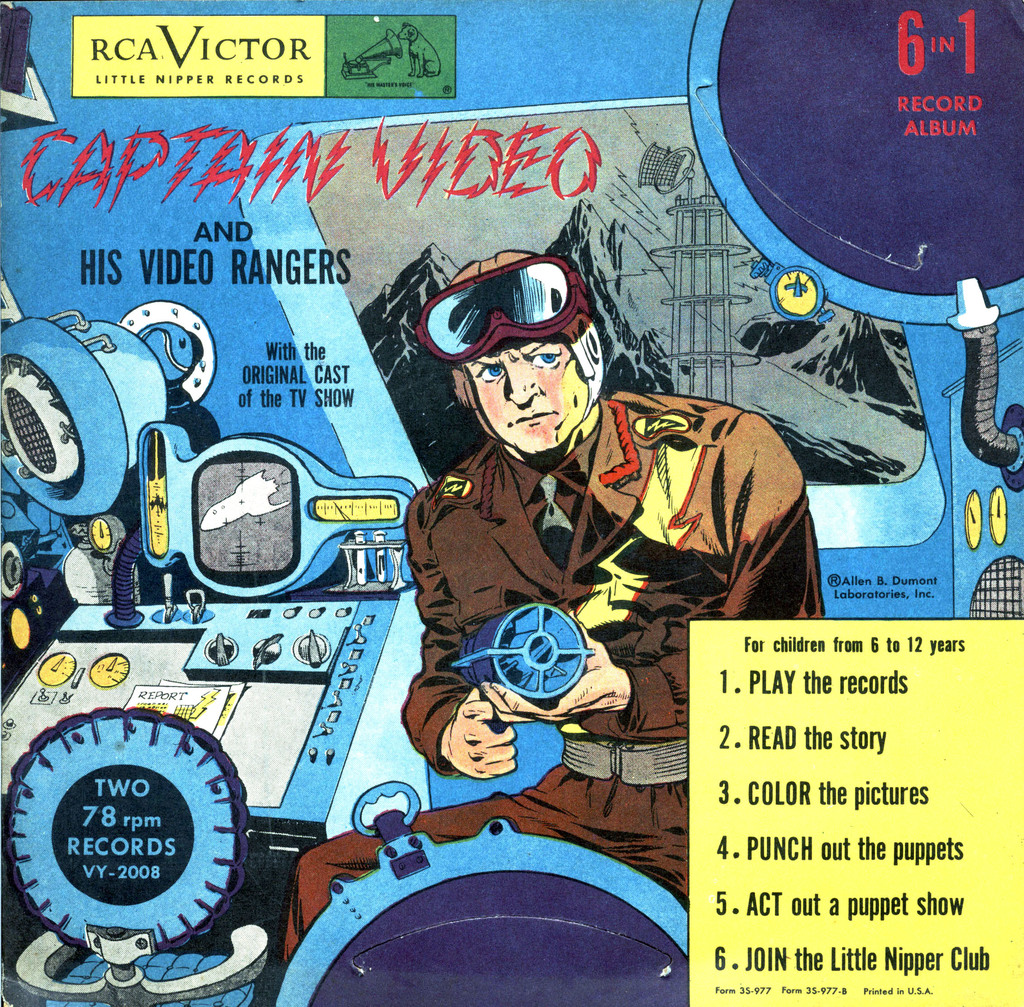