1920's prohibition Chicago is corrupt from the judges downward. So in going up against Al Capone, Treasury agent Eliot Ness picks just two cops to help him and his accountant colleague. One is a sharp-shooting rookie, the other a seen-it-all beat man. The four of them are ready to battle Capone and his empire, but it could just be that guns are not the best way to get him. 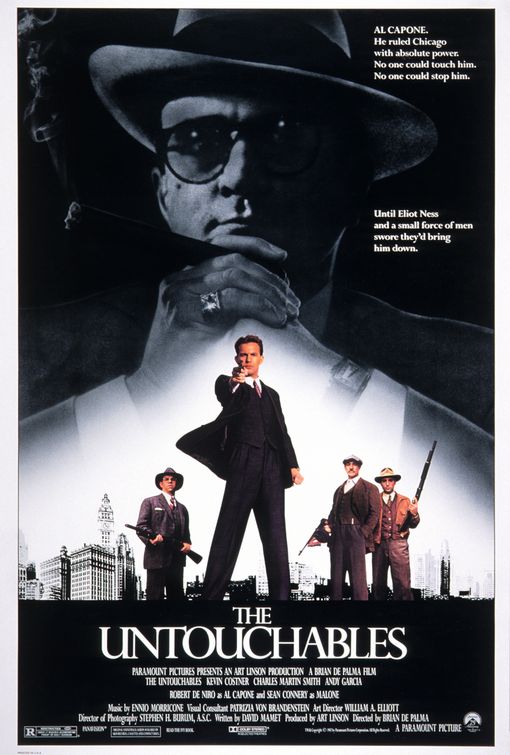