Whether it's January's "Scribblenauts" variants, February's Steampunk variants or March's "Robot Chicken" variants, DC Comics has certainly made 2014 the year of themed-cover months so far. Although there aren't any announced plans for April, May will bring "Batman '66"-style variants by Mike Allred and -- according to the announcement on USA Today -- June will be DC Bombshells variant month, showcasing covers in the style of DC Collectibles' statue line of the same name, which re-imagine DC mainstay characters as icons inspired by the 1940s and '50s. 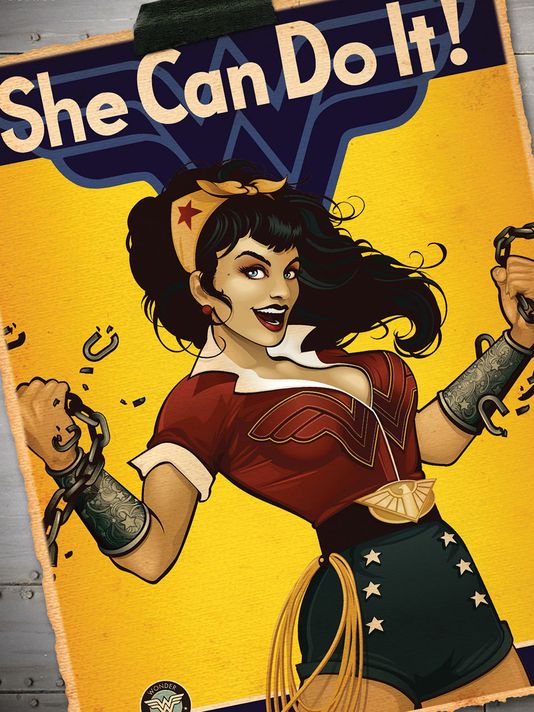 "I'm so proud of the work we've accomplished on the Bombshell line and very excited to see them become part of the cover series," Bombshell designer Ant Lucia told USA Today. "It has been a privilege to work with the team at DC Collectibles and watch these develop.

Lucia will also design the variants, which will appear on 20 of DC's June-shipping titles.

Check out the full list of titles to receive the Bombshell variant treatment below.