Dornier Do X landed 80 years ago in New York 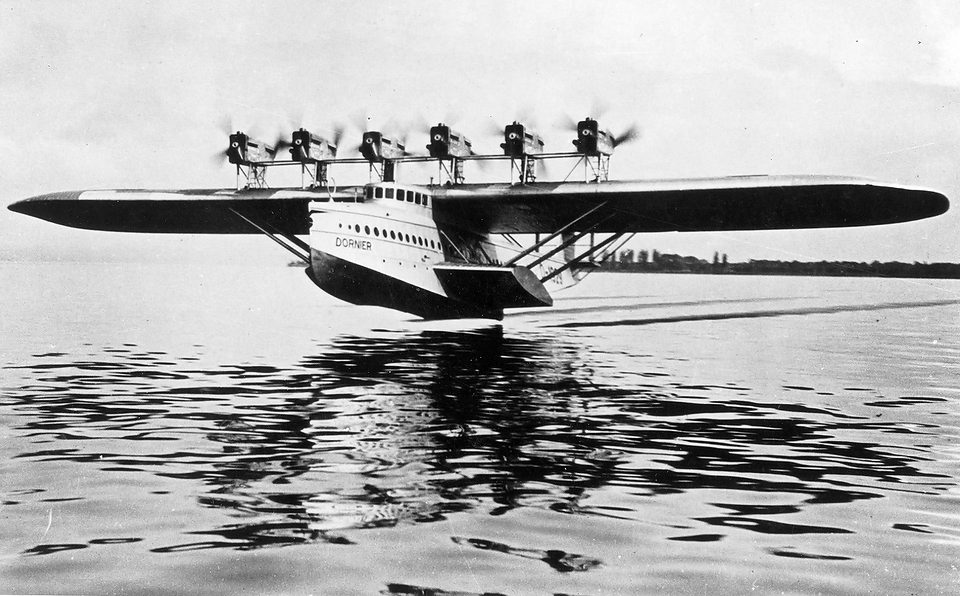 In August 80 years ago, precisely on 31 August 1931, a giant flying boat plowed through the waters south of Manhattan. Dornier Do X landed after an epic journey across the Atlantic. The plane with three decks(!) and six propeller engines on top of its wing must have been a stunning sight even for the otherwise in superlatives spoilt New Yorkers.

The journey started months earlier, on 5 November 1930, in Altenrhein in Switzerland and led the seaplane via Amsterdam, England, Portugal, Brazil and the Caribbean to New York. You could not call it an uneventful trip as it involved months of repairs, once even for a fire on the wing. 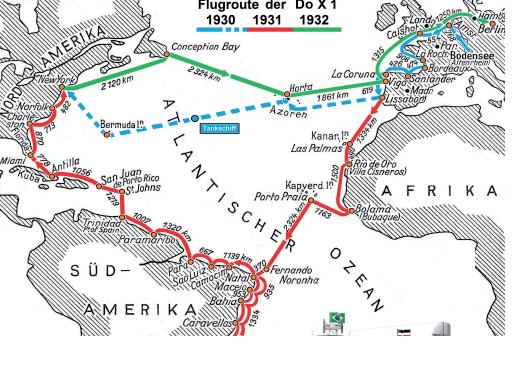 The Do X crossed the Atlantic at the height of the battle between planes and zeppelins for suppremacy in long distance travel. We know the ultimate winner now, but in the late 1920s/early 1930s this fight was still undecided. For example, LZ127 “Graf Zeppelin” crossed the Atlantic 128 times between 1931 and 1937 on regular commercial flights. Unfortunately, the Do X never became a commercial success due to the economic depression (the return flight to Europe only happened years later after struggles over finances).

The flying boat also held the record for most passengers (169 were carried over the Bodensee). This record was only broken 20 years later by a Lockheed Constellation.

The Do X is a remarkable plane and therefore it’s no surprise that a lot has been written on Dieselpunks about it already (see here).

See also www.dorniermuseum.de. The museum currently shows a special exhibition about the Do X’s journey.

Comment by Dieter Marquardt on August 5, 2011 at 2:12pm
Unfotunately not only no planes survived, also most of the construction plans are gone making a reconstruction impossible. The plans in Germany were destroyed towards the end of WWII, the ones in Switzerland 'thrown away' in the 1970s...

Comment by Cap'n Tony on August 5, 2011 at 8:58am
A generation ahead of its time! It's a shame none survived the war intact for us to visit.