The Bolkhovitinov S (S for sparka, a pair of engines joined together) was a high speed bomber aircraft designed and built in the USSR from early in 1937.
The plane was conceived as a fast light bomber and reconnaissance plane. To obtain high speed and good aerodynamics, it was powered by two M-103 inline engines in tandem in a fuselage nose, driving two contra-rotating coaxial three-blade propellers. 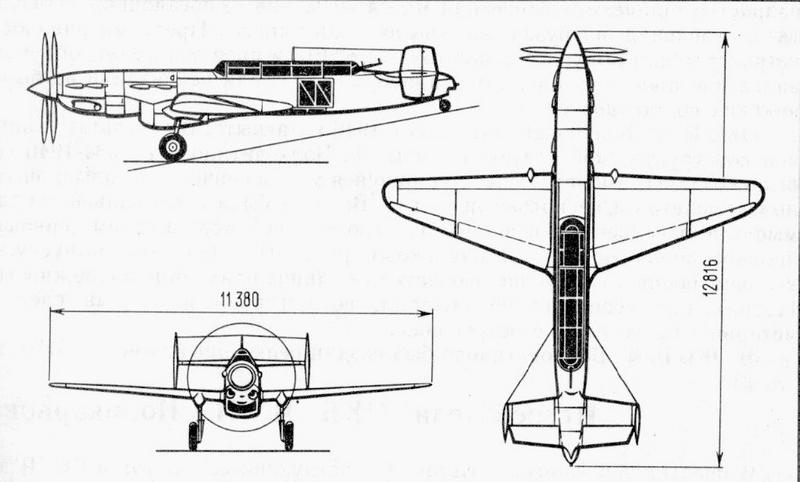 The design had quite unusual look, with long fuselage nose and a crew cab moved rearwards, towards double tailfin. Wings had a fighter-like form and their span was rather short. The VVIA under Bolkhovitinov was enlarged to tackle the expected problems in the design of the Bolkhovitnov S. 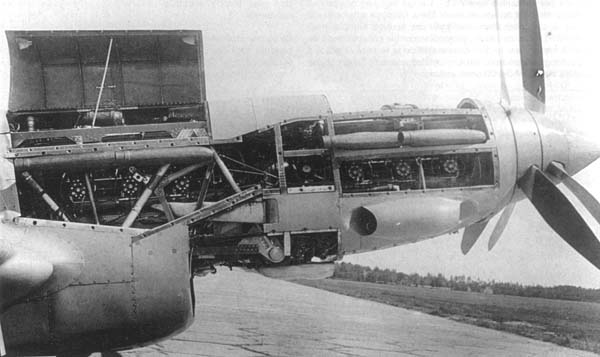 The structure of the S was predominantly light alloy stressed skin, the wing having two spars with heavy flush-rivetted upper and lower skins, and the fuselage built up from pre-formed upper, lower and side panels attached to four longerons to give a strong but relatively simple structure to build. A total of 29 electrical actuators drove the Fowler Flaps, undercarriage, (rotating 90deg to lie flat in the wing), exit flap of the large common radiator duct and many other services. The tail unit consisted of twin fins with rudders attached to the tips of the tailplane, variable geared elevators and separate servo and trim tabs on elevators, and rudders.

Detail design of the aircraft began in 1937 and construction in July 1938. The first prototype S-1 was built in 1939, but it was made in order to evaluate an airframe only and therefore was powered by only one engine M-103. It was unarmed and fitted with a fixed skid landing gear. It first flew on January 29, 1940, with B.N. Kudrin at the controls. A maximum speed was 400 km/h. The second prototype S-2 was powered by two engines and was armed with a single machinegun and bombs. Four 100 kg bombs were carried vertically in a bay between pilot and a rear gunner-navigator, under a common canopy.

Its official testing started from March 20, 1940 and lasted until July 1940. A maximum speed reached was 570 km/h. The plane had good handling, except for take-off and landing, which were difficult due to high wing loading. Its range and speed were also lower, than estimated. As a result, it was decided to improve the plane further. However, the plane was not developed further, to make way for the next Bolkhovitinov designs. 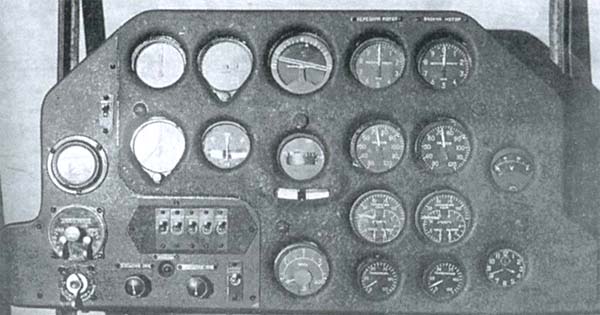 It was first planned to build also an attack plane with 2 Ultra-ShKAS machineguns with a high rate of fire, in a rear part of fuselage, firing downwards and manned by a second crew member. Also an interceptor aircraft was proposed, armed with 37 mm recoilless rifle, firing upwards, at an angle and manned by two crewmen.

Thanks for bringing up the other internally mounted, twin-engined aircraft with contra-rotating propellers.

Technically, the GM P-75 was single-engined plane, powered by a 24-cylinder Allison W-3420 motor, though it sure looks like two engines coupled through a common crankcase in the picture seen on the link, so I'm sympathetic to your including it.

Here are a couple more:

Comment by Sparky Gage on March 23, 2010 at 6:20pm
I think the Russian's hold the record for the most use of the contra-rotating propellers. Both the Tu-95 bomber and the An-22 heavy transport use the design with turbine engines.

There are some P51's that have been modified for racing that use it also.

Looks like I'm pulling out the airplane history books tonight!

Comment by Tome Wilson on March 23, 2010 at 9:21am
What an interesting solution to counter the centrifugal pull of a single propeller.