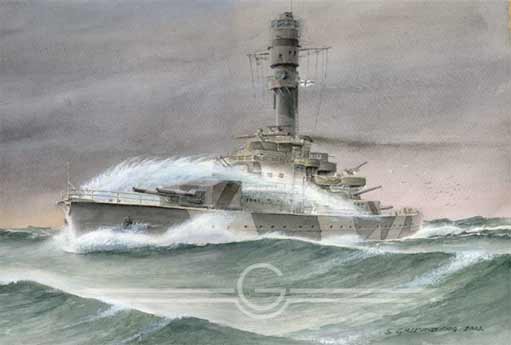 During the early inter-war period, the Finnish Navy consisted of some 30 ex-Russian vessels. Most of these were old and in bad shape, and the types were not ideal for requirements of the navy as they mostly had been taken as war-trophies following the civil war. In 1925, a tragic incident highlighted the sorry state of the navy. An old torpedo boat was lost in a fierce storm, taking with her entire crew of 53. A heated debate started and intensive lobbying led to the adoption of a new Finnish Navy Act in 1927.

The fleet renewal program that followed led to the acquisition or construction of five submarines, four torpedo boats and two coastal defense ships prior to World War II. Being among the last ones of their kind, the Väinämöinen and Ilmarinen were two of the most concentrated naval artillery units ever built. They were designed by the Dutch company NV Ingenieurskantoor voor Scheepsbouw, and were optimized for operations in the archipelago areas of the Baltic Sea. Their open sea performance was sacrificed in order to give the vessels their shallow draft and super-compact design. 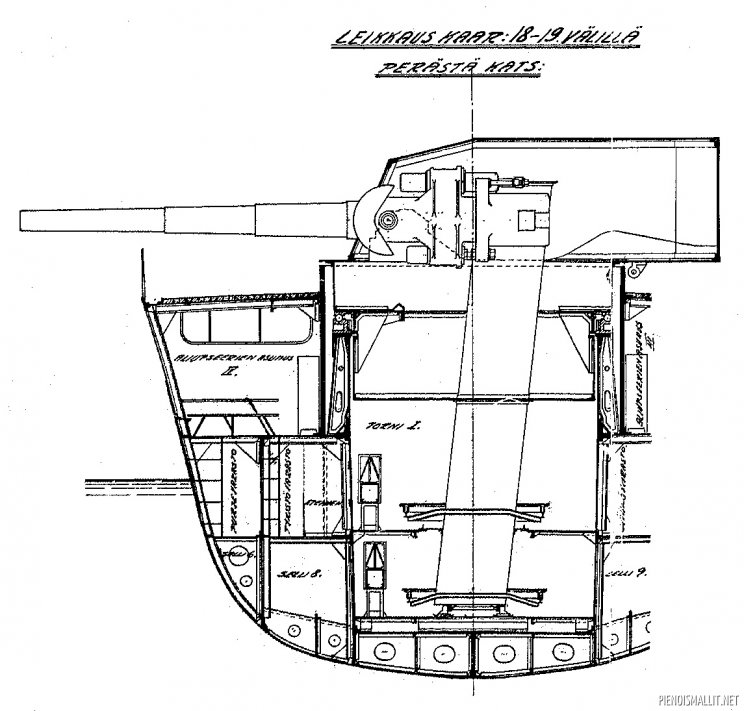 Coastal defense ships were particularly popular in the Nordic countries. These vessels typically had heavy armament and rather good armor protection, but were generally quite slow. These types of ships began emerging in Denmark, Sweden and Norway at the beginning of the 20th century. Their sizes were around 4,000 tons, main armament consisted of guns between 210 and 240 mm, the armor corresponded to that of armored cruisers and speeds were between 15 and 18 knots. A coastal defense ship was something between a cruiser and a monitor: slower than a cruiser but better armed, faster than a monitor, but with smaller guns. The coastal defense ships also differed between themselves; some of them were closer to cruisers and others, such as the Finnish ones, were closer to monitors. 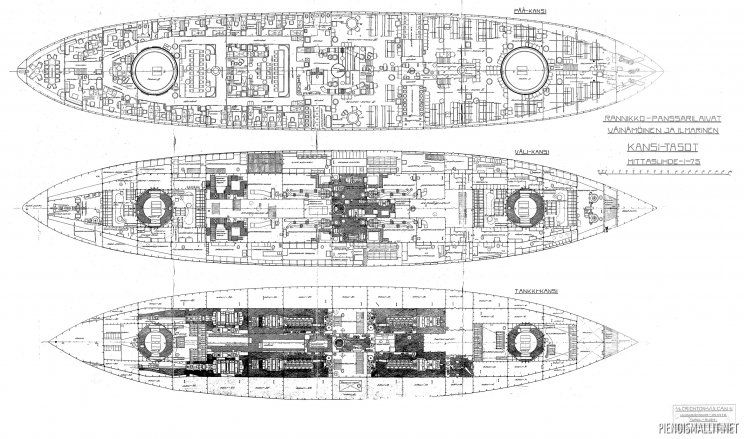 The Väinämöinen was built at the Crichton-Vulcan shipyard in Turku, launched in on April 29, 1932. Being the second of her class, Ilmarinen was launched at the Turku shipyard on 9 September, 1933. The ship went through its finishing trials and was handed over to the Finnish Navy on 17 April, 1934.

The vessels had a compact design, with a high mast and large turrets for main and secondary artillery. Foreign comments on their design ranged from puns to praise. The ships were not really designed for open seas operations and had a tendency to roll slowly and widely even in moderate seas. Travels in the ships were unpleasant, but deemed safe. Additional keels were added later on, which improved the situation.

The Väinämöinen and Ilmarinen had a displacement of 3,900 tonnes, a maximum length of 93 m and draught of 4.50 m. The requirements on speed and range were moderate, as they were expected to operate near their home bases. Both vessels were equipped with four diesel engines that powered two electrical engines. These generated a total of 4,800 hp. The maximum speed was 14.5 knots and the range was also limited as the vessels only carried 93 tonnes of diesel oil. There were also two smaller 100 hp auxiliary diesel engines. 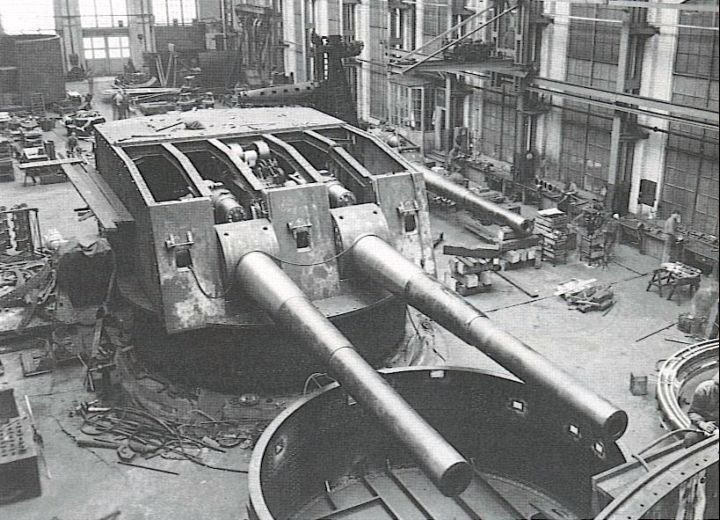 The four 254 mm Bofors guns were quite massive for a vessel of this size and they could hurl a 225 kg shell up to 31 km. The secondary artillery consisted of eight 105 mm dual-purpose Bofors guns in four turrets. These were the primary defense against fast torpedo boats and aircraft. 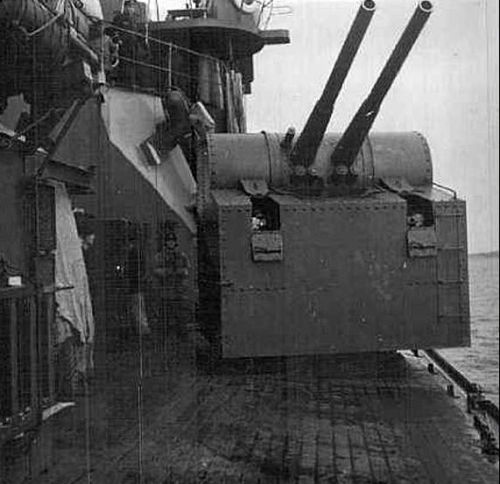 The purpose of the coastal defense ships was to prevent landing operations and naval blockades that threatened the vital sea trade. Thanks to the construction of vast defense systems during the czarist era, Finland had a rather strong coastal artillery in permanent positions. These defenses were to be supplemented with mine fields in times of unrest. One of the purposes of Navy was to buy time for ground forces to deploy to the islands in the Åland Archipelago. In the confined space, coastal defense ships armed with 254 mm main artillery would have been a tough opponent for any ship of that era, excluding the largest battleships. 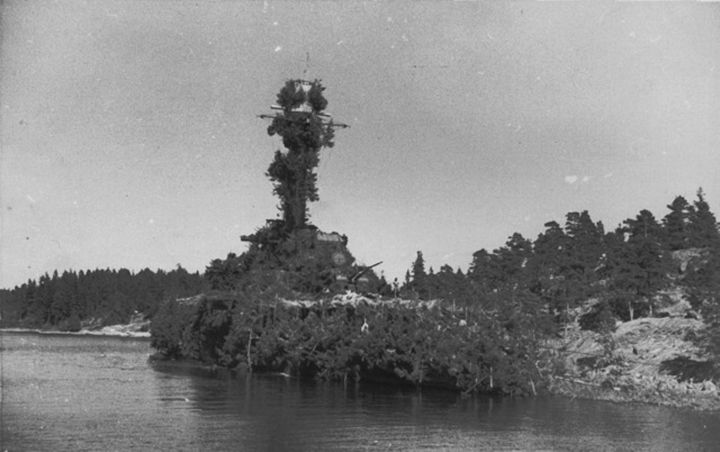 The Soviet Baltic Fleet was the obvious opponent, and the Finnish vessels were meant to deter the largest Soviet ships, such as the battleships Marat and Oktyabrskaya Revolutsiya, as well as the cruiser Kirov, from venturing too close to the shores. 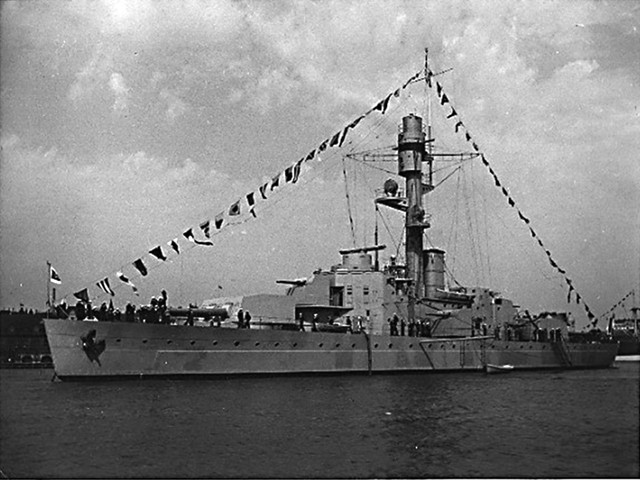 When it came to fire control, the two coastal ships were identical. The fire control and the lining of the gun towers were connected electrically and the values and commands could be given without spoken contact. With the aid of mechanical calculators, the values were transferred directly to the gun towers. The first longer cruise that the ships did together was to the fleet parade at Spithead, where they participated in the festivities for the coronation of King George VI. The design's bad seagoing capabilities were markedly demonstrated south of Gotland, where she needed tug help from the bigger Swedish ship HMS Drottning Victoria. When they arrived at Spithead the ships were praised for their beautiful lines. Many officers who had experience from the waters of the Baltics remarked that the ships were perfect for that environment. It is said that someone commented on the looks of the ships in the following manner: "Finland must be a strong sea power, even their lighthouse ships are armed with 10-inch guns." The only time Väinämöinen and Ilmarinen fired their heavy artillery in anger was at the beginning of the Continuation War, during the Soviet Red Army evacuation of their base at the Hanko Peninsula. Ilmarinen fired twenty shells at the Soviet airfield at Täcktom on 12 July, 1941. Väinämöinen also participated in the distraction Operation Nordwind on 13 September 1941, during the course of which her sister ship Ilmarinen was lost to mines. A group of Finnish and German ships were to be used in a diversionary operation to lure the Soviet fleet into battle - away from the real invasion force that came from the south. Another German fleet, including the cruisers Emden, Köln and Leipzig waited further away to join the battle if the Soviets turned up. However, the northern fleet remained unnoticed and an order was given to turn around when they had reached a point some 25 nautical miles south of Utö. The formation was led by minesweepers, but some mines had escaped being swept. The crew of Ilmarinen failed to take proper note of the dragging paravane cable. It is likely that the Ilmarinen had caught one or two sea mines in the paravane and when the ship turned, the mines struck the bottom of the hull and exploded. The explosion blew a large hole in the ship, which soon developed a strong list and keeled over. It sank in just seven minutes. Only 132 men of the crew survived and 271 were lost, most had been trapped inside the hull. 57 were rescued by the patrol boat VMV 1, which had maneuvered to the capsized hull and took on as many of Ilmarinen's crew as she could. During all this time she too was at great risk of being obliterated if Ilmarinen's magazines would have ignited. 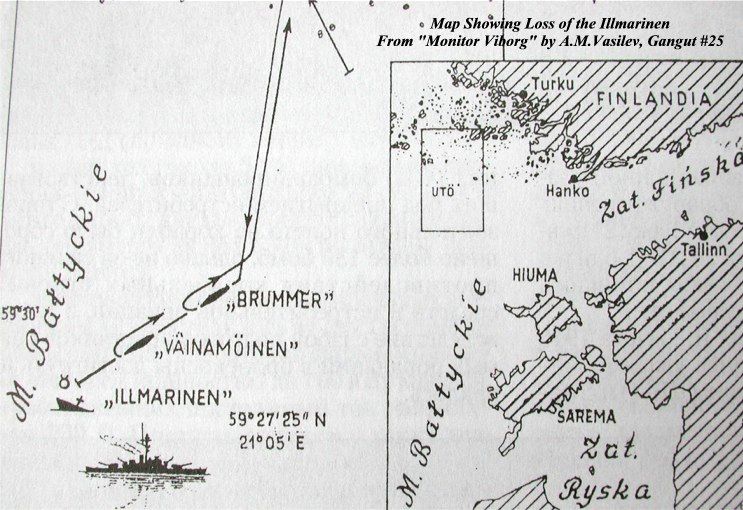 The survivors were later known as Ilmarisen uimaseura (Ilmarinen's Swimming Team). Amongst them was Lieutenant Viljo Revell, later a famous architect. The loss of Ilmarinen is the greatest single loss of the Finnish Navy to date. The military command tried to hold the loss a secret, but Swedish newspapers soon reported the incident, and the numerous sailor obituaries in Finnish newspapers could also have alerted the Soviets, who soon also reported the loss.

The ship was located in 1990, and it was found turn upside-down, deeply embedded into the mud, resting at a depth of 70 m. It is classified as a war grave. The wreck of Estonia sea ferry is found some 15 km away.

In 1943 "Detachment Väinämöinen", which consisted of Väinämöinen, six VMV patrol boats and six motor mine sweepers, was moved east in to take positions along the coast between Helsinki and Kotka. She did not actively participate in many operations, since the heavier Soviet naval units never left Leningrad, where they were used to effect as floating batteries during the siege. As a result, Väinämöinen's primary operational duties were to patrol the Gulf of Finland between the minefields "Seeigel" and "Nashorn", as well as protection of the German-Finnish anti-submarine net across the gulf.

During the Soviet assault in the summer of 1944, the Soviets put much weight in trying to find and sink the Väinämöinen. Reconnaissance efforts revealed a large naval ship anchored in Kotka harbor and the Soviets subsequently launched a large-scale air attack by 132 bombers and fighters. However the target was not Väinämöinen — instead it was the German AA cruiser Niobe. 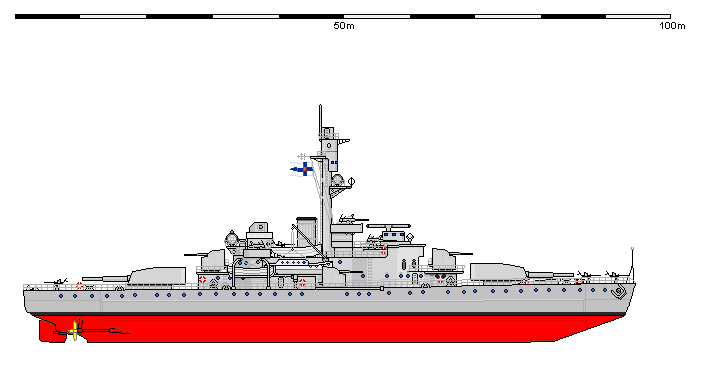 After the end of the Continuation War it was decided to hand over the Väinämöinen as war reparations to the Soviet Union. The ship was handed over on May 29, 1947 to the Soviet Baltic Fleet, where it was renamed Vyborg. The ship served over 6 years in the Red Fleet at the Soviet base in Porkkala, Finland. The ship was called "Vanya" (a Russian short form of the name Ivan) by the sailors of the Baltic Fleet. 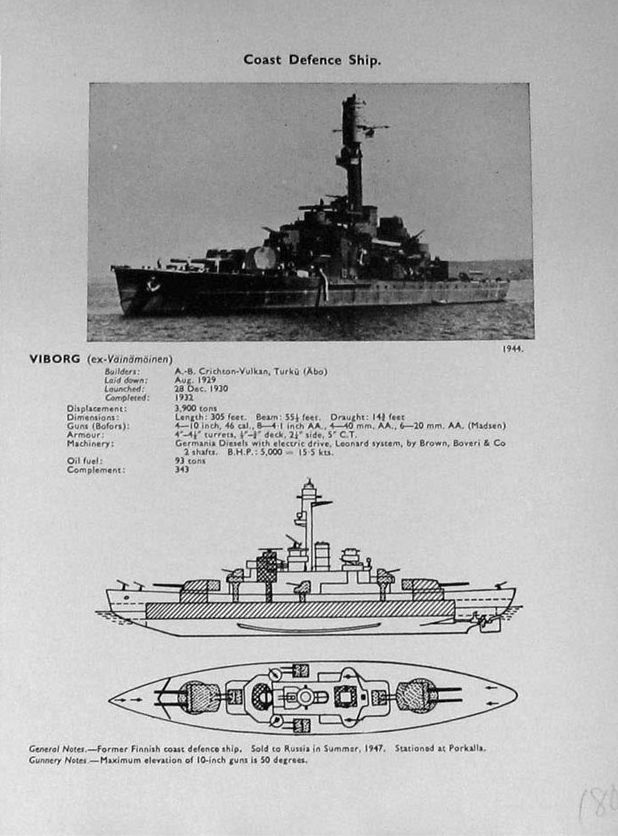 The Vyborg was modernized during the 1950s and served for a while as a residential ship in Tallinn. Preparations to scrap the ship were begun in 1958. During this time, there were talks to return the ship to Finland. The ship was, however, scrapped in 1966 at a Leningrad scrapyard. According to Soviet calculations, they received 2,700 tons of metal from the ship.

Although I couldn't help noticing that you didn't credit the ShipBucket style drawing (the one before last).

Here you can find the original image as well as some of its author's info: http://shipbucket.com/forums/viewtopic.php?f=12&t=987&start=0