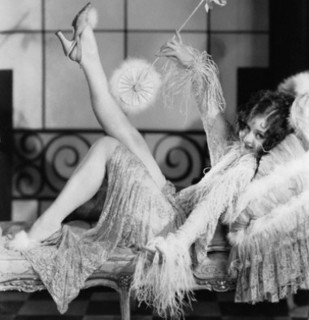 Sparked by a generation of Great War survivors, the "we live for today, for tomorrow we die" zeitgeist took hold in the early 1920's. The "flapper" was one of the most obvious expressions, as they symbolized the young woman of the post-war rejecting conventional feminine behavior

Coined in Great Britain after World War I, the term "flapper" was used to describe young girls, still somewhat awkward in movement who had not yet entered womanhood.

Authors such F. Scott Fitzgerald and artists such as John Held Jr. first used the term to the U.S., half reflecting and half creating the image and style of the flapper. Fitzgerald described the ideal flapper as "lovely, expensive, and about nineteen."

The flapper shed the restrictive garments of corsets and instead favored a boyish figure in dress styles and undergarment styles. She might wear teddies or bras that actually pushed the breasts inward to minimize her figure. As well, the hemlines of dresses fell just below the knee, and waistlines were often completely lacking. Such clothing and the lack of ironclad undergarments were often considered shocking.

The attitude of a flapper was characterized by stark truthfulness, fast living, and sexual behavior. Flappers seemed to cling to youth as if it were to leave them at any moment. They took risks and were reckless. 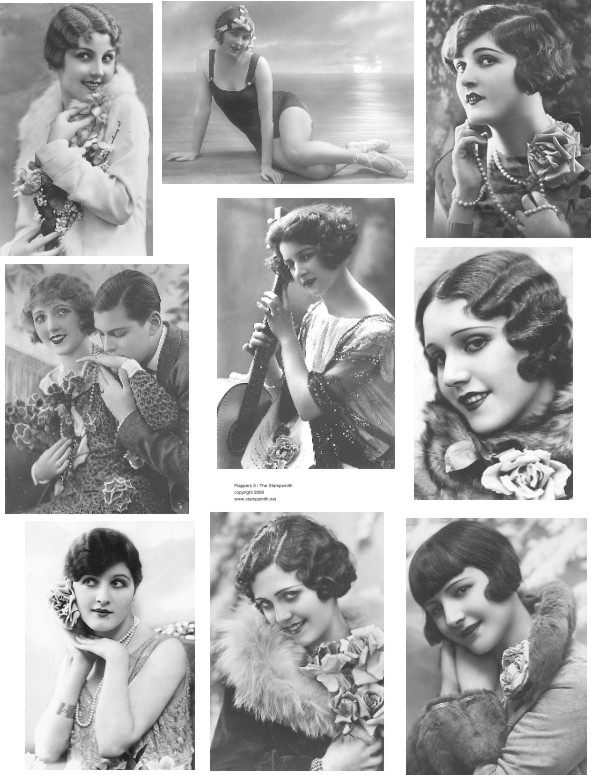