"The Breguet 5Ca2 (see above) was also originally fitted with a 37 mm cannon for bomber escort purposes, as was the Caudron R.14 (below) which appeared too late to see action.

"Even larger guns were tried, including 47 mm Hotchkiss guns which were fitted to some of the last Voisins (for ground attack) and a Tellier flying boat (for anti-submarine use; in British tests this gun managed to hole a submarine in Portsmouth harbour). 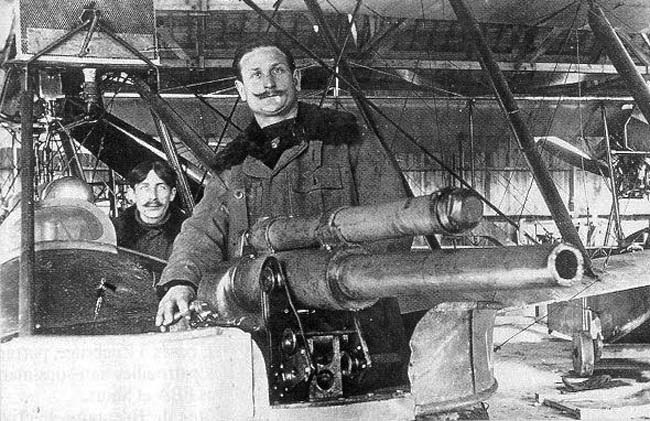 "Even a 75 mm gun, with reduced muzzle velocity compared with the artillery piece, was reportedly tested in a huge four-engined Voisin triplane in 1918. The ultimate cannon plane was still under construction at the end of the war, and never flew; the four-engined "Henri Paul" (below) was intended to be fitted with a 75 mm gun  and several 37 mm for self-defence.

"The original purpose of the French cannon was apparently to attack aircraft, and cannon-armed planes were used as bomber escorts. The first recorded engagement between a Voisin and a German plane was in May 1915, but without result. Some success was achieved in shooting down balloons during the Verdun battle, and in March 1916 a Breguet 5Ca2 shot down an LVG with its cannon. Despite this success, the slow-firing cannon stood very little chance of hitting another aeroplane in the air, but the French persevered, drawing up in the spring of 1916 detailed specifications for cannon-carrying aircraft, designated Class D. The D1 types used the low-velocity M1885 37 mm gun and were intended for air combat, while the D2 models had the high-velocity M1902 version and were used for anti-balloon work and ground attack. Cannon-armed aircraft were never very common; by 1 February 1916 there were just twenty-five at the front, and only about sixty by August 1917. One of the last of the pusher planes, the Breguet 12Ca2 of 1917, was equipped with a searchlight as well as a 37 mm gun and stationed for defending Paris against Zeppelins.

"Despite the problems of air-to-air shooting, the French fighter ace Guynemer was interested in the possibility of installing an engine-mounted cannon between the cylinder banks of the geared Hispano V8 aero engine, firing through the hollow propeller hub, and he inspired such an installation in the SPAD 12Ca1. 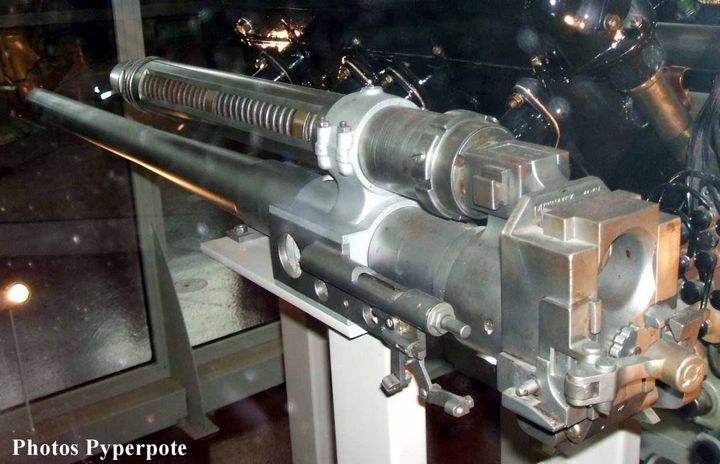 "There were two different types of 37 mm cannon available; some confusion as to their origins exists but it appears that one was a conventional SAMC design with a rifled barrel, the other was a modified M1885 smoothbore firing canister shot. They are often referred to as "Puteaux" guns but this might just refer to the arsenal where they were made. A Vickers machine gun was also carried. 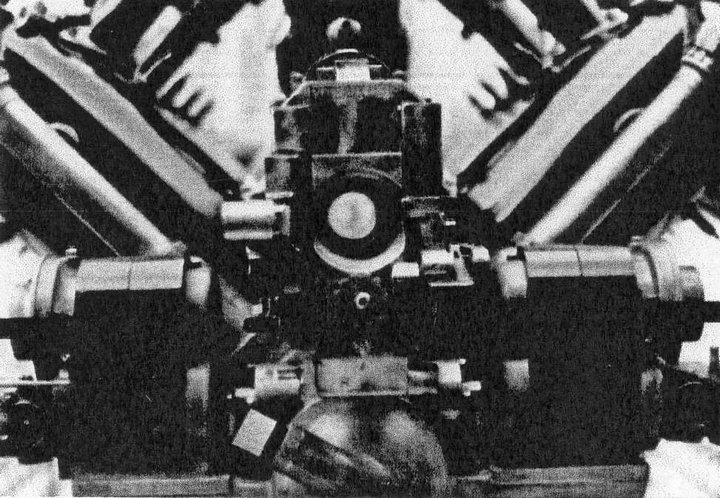 "The plane emerged in July 1917 and a number were built (although nothing like the 300 ordered), several pilots, including Guynemer, achieving some successes with it. These weapons were still manually loaded, however, and unpopular with most pilots because of their awkward loading and the propellant fumes which filled the cockpit on firing. Only eight were reported to be at the Front on 1 October 1918. "Forty SPAD 14 floatplanes (above), and some of the SPAD 24 landplane version, were also ordered with a 37 mm cannon, of which a few may have reached service. Attempts were made to develop automatic loading cannon, but these were too late for the war. Some French airships reportedly carried 47 mm and even 75 mm guns but it is doubtful if they were ever used in action. 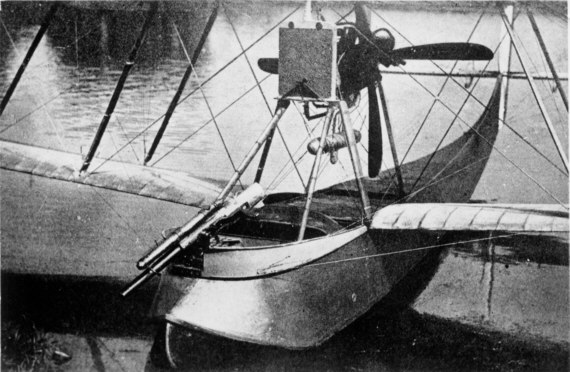 47mm Hotchkiss in the nose of a Tellier flying boat, for anti-submarine use (courtesy Harry Woodman)

"The guns used by the French were all manually loaded. Despite being the major users of large-calibre aircraft cannon, the French failed to get an automatic version into service before the end of the War. In 1918, two long-recoil AMC models were being developed at the Puteaux Arsenal, a low-velocity one using the usual 37x94R cartridge and a high-velocity model designed around the 37x190 ammunition of the British C.O.W. gun. The end of the War reduced the impetus for these developments and it appears that neither saw service. 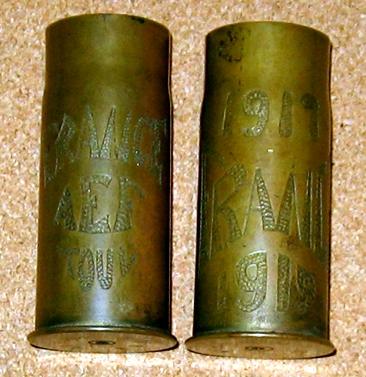